Our Trip to Houston for Mitchell's Birthday Party

We visited Houston a couple of weekends ago to celebrate Mitchell's 9th birthday with him.  I can't believe he is 9 years old.   Mitchell is Luke's cousin on Drew's side of the family.  We had a lot of fun celebrating.  As you can see, the theme of the party was "Houston Astros."  We even bought Luke a couple of jerseys that were on clearance so that he could join in the fun.  Here are some fun pics from the party and the weekend. 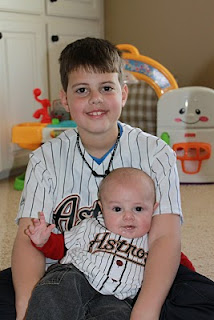 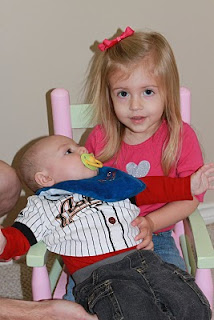 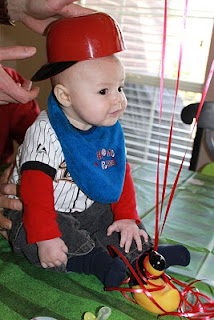 We also played some fun games.  Here, we are playing musical chairs.  I hate this picture, but it is a good one of me beating out Drew for one of the final two chairs.   I ended up coming in second place. 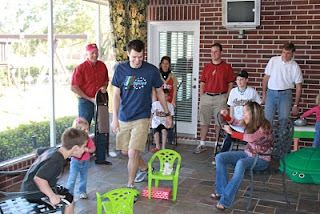 I had to sit the next game out because it involved balloons.  Some of you may not know I have an intense fear of balloons.  I must have had a scary childhood experience with one of those balloon games where you race to sit on the balloon and pop it--or perhaps it was an incident with a punch balloon.  Here is a picture of Drew participating in the balloon game.  The object of the game was to keep your balloon inflated while you chased others to pop theirs.  Drew was pretty good at this game--but, Mitchell ended up sneaking up on Drew while Drew was going in for an attack on another balloon.  While Drew celebrated his victory, Mitchell popped Drew's balloon.  Drew got 2nd place---2nd was our thing that day! 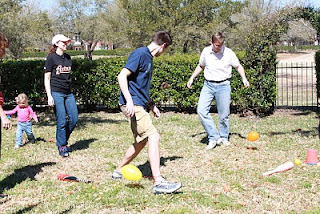 Here is a picture of Mitchell's cool cake: 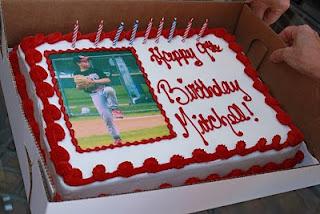 We took a walk later that day.  Audrey & Lauren (Luke's other cousins and Mitchell's sisters) were all tuckered out after the day's events: 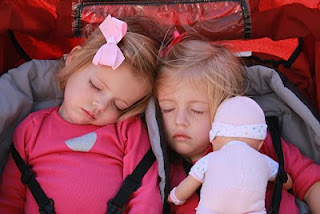 On Sunday, we went to church with the family.  Here are some good pictures of the family after church: 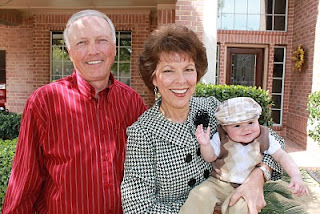 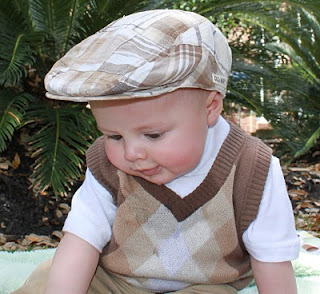 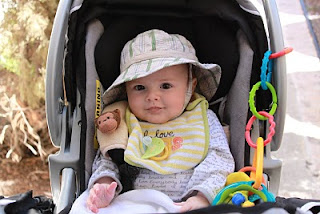 I was getting ready to take Luke for a walk---he was looking too cute so I had to grab the camera for a quick pic. 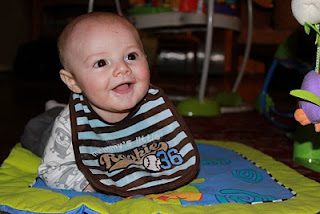 He was enjoying his tummy time and looking cute--so again, I had to grab the camera for a quick pic.  :-) 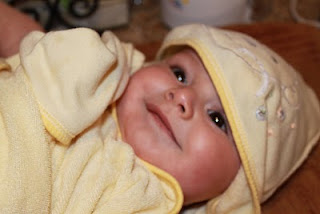 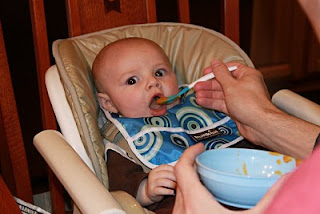 Here's Luke trying his very first sweet potatoes that mommy made him.   Daddy asks him to open wide before each bite, and I must say he does that very well! 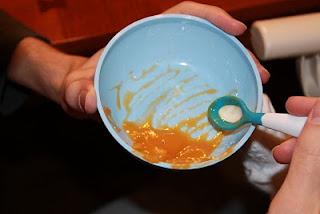 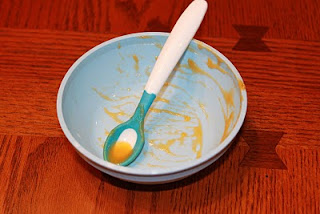 All Done!!!!  He REALLY likes his sweet potatoes.
We're trying to catch up on blog posts.  The pics above were from early March. Stay tuned for some pics and a blog post from our adventures in Houston last weekend!
1 comment: Links to this post