We've been putting off the inevitable for probably too long because we adored Luke's curly locks.  But, because his hair was beginning to look unkempt, we decided that Saturday was the day for his first official haircut.

We took Luke to a hair salon dedicated to children, in hopes it would make the experience more enjoyable for him.  We do not plan on taking him to a salon every time, but wanted to for his first haircut.   I paid close attention so that I could replicate the stylist.

There were lots of toys to play with at the salon and all was going well.  We put Luke in the car chair to begin his haircut, and the "Cars" movie was playing in front of him.  He was smiling, although a little confused, until the stylist put the cape on him.  For some reason this terrified him, he screamed, and the stylist gave a look that said, "I don't think I have ever heard a sound at that decibel."  In fact, she had to step back a little bit.   Then, the buzzer came out, which didn't help matters.  However, I think the haircut took about 5 minutes tops, and she did a very good job---especially under those conditions.  I think it was a great idea to take him to a trained professional his first time. 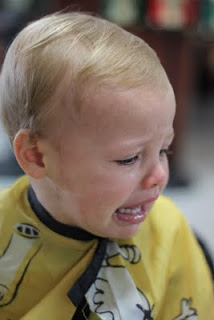 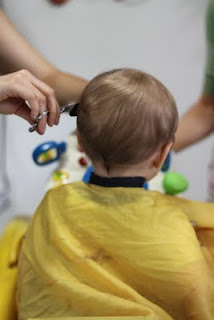 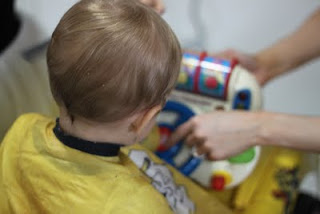 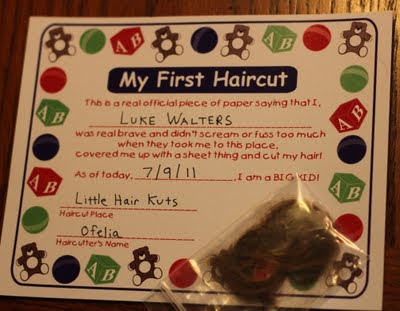