Luke is becoming such a big boy!  Two weekends ago (On Friday night) we took apart Luke's crib so that we could move it to his new bedroom and convert it to a toddler bed.  We were a little nervous about the process of transitioning him to a big boy bed, but much to our surprise, he transitioned like a pro!  On the first couple of nights he was a little too excited about his new space and new bed.  In fact, he was so excited that he wanted to check it out instead of sleeping.  So, we ended up putting the pack and play in the room and having him sleep in there.  But, since then he only wants to sleep in his big boy bed.  Last night was night 8 in his big boy bed--and he has slept through the night with no complications on each of the nights.  We are so proud of him.  The pack and play is now back in storage waiting for our baby girl.

Moving Luke to his new room has created additional tasks for us to prepare for the arrival of our baby girl, but it has been well worth it.  We bought Luke a new bookshelf from Ikea (which required some assembly).  Also, instead of decorating just one room (the nursery), moving him into a new room required the decorating of two rooms.   Since we already had the monkey theme going from when he was a baby, we decided to keep that for now (to save money) and slowly transition him to something else when he requests.  Right now though, he doesn't know the difference.  :-)  Here are some pictures of Luke's new space. 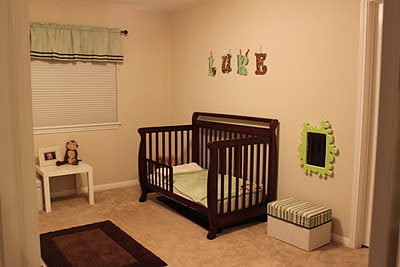 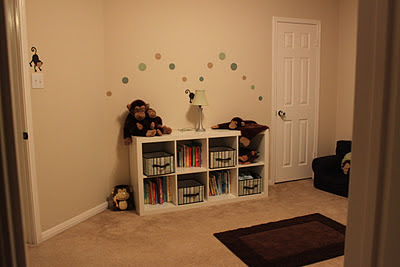 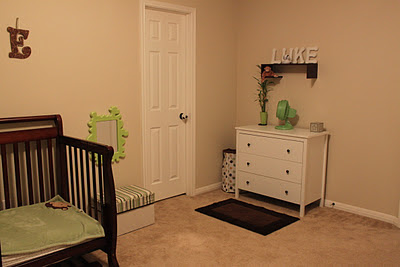