Abbey is growing so quickly...as so is the relationship Luke and Abbey have as brother and sister.  You can tell that just as Drew and I love the kids more and more as each day passes, so does Luke also love his sister more and more each day. 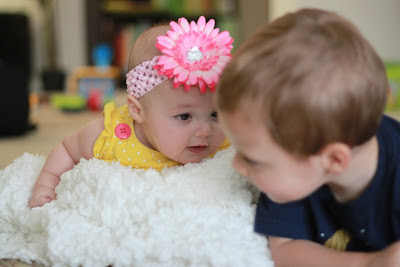 A couple of weeks ago, Luke was playing with his little cars on the floor near Abbey.  He rolled one over to her and said, "here Abbey, you play with this one."  That just melted my heart. 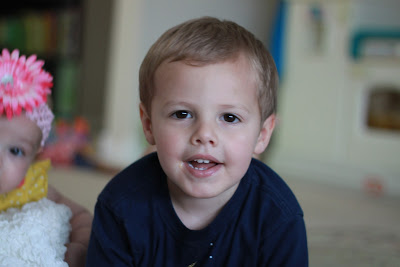 Yesterday, Abbey was sitting down and had a little drool running down her chin.  Luke spotted it and ran over with a burp cloth.  I started to say, "wait Luke, be gentle," but then noticed he was gently patting her chin with the cloth.  I, of course, praised him for being gentle and kind.

Their relationship as siblings is really growing positively.  They have come a long way from when Abbey first showed up and Luke realized his kingdom was crumbling.  He was no longer the one getting all of the attention at our house.


Abbey's favorite thing to do, by far, is to watch Luke.  Just watching him do his normal playful activities, or sing in the car, makes her giggle.

I can't believe how much Abbey has grown since January.  I almost forgot to take some four-month pictures.  Here is the progression of Abbey each month since birth:


I love all of Abbey's rolls.   She is such a cuddly baby!  Her daddy had lots of rolls when he was her age also.  Here is a photo of Drew when he was six months old. 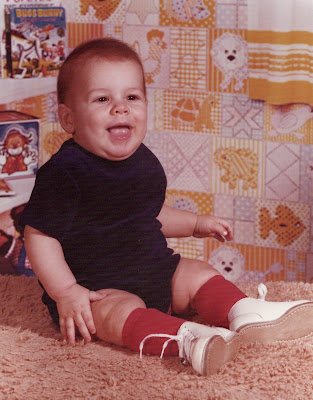 I am sure that when Abbey starts moving more, these rolls will diminish.  Until then, I am going to enjoy them!