Things I want to remember from the past week. (Volume 1.4)

Here are the things I want to remember from the past week:

2.  This past week we have been hearing some funny comments about Abbey's size.  I really don't think she looks that large anymore, but maybe I am just used to her size.  One nice man was talking to Drew and I when we were leaving a store.  He was talking about his children and grandchildren and then asked about Luke and Abbey.  He asked, "is your boy about three years old?"  We replied, "Yes actually, he will be three in just a couple of months."  Then, he asked, "and your daughter, is she about 18 months old?"  His jaw dropped when we told him she was only seven and a half months old.  Now, I can't say he was crazy, because she did happen to be wearing a size 18-month outfit.  So, there obviously are 18-month old children her size.  Also, I was carrying her, and I am not the tallest of women.  So, either Abbey looks large or I really am that short!   Then, the following day Drew and I were leaving a new meat market.  A young girl (about 9 years old or so) pointed to Abbey as we were leaving and exclaimed to her mother, "Mommy--that baby is BIG!"  I don't think she intended on us hearing her comment, but it was funny. 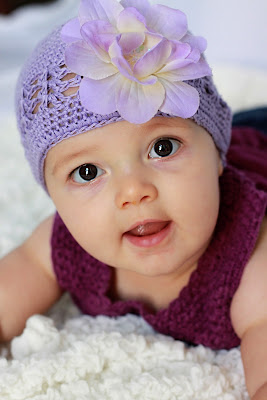 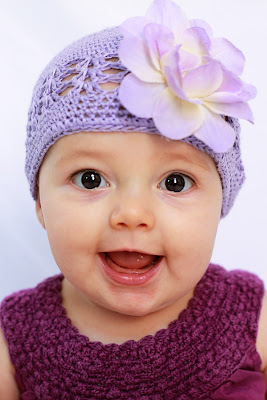 3.   We went to the pool last week.  It deserves its inclusion in this post because it is the FIRST time we have been to our pool all summer.  We love the pool, we have just been so busy and have not found the time to go. I snapped some photos with my phone since it was such a monumental event.


4.  Luke no longer wears diapers.  We actually potty trained him about a month after Abbey was born.  But, we have been putting him in a diaper for nap and overnight sleeping and we have been putting him in a pull-up for school.  We decided last month that we will no longer buy diapers for him.  In addition, for the last three weeks of school, he attended in underwear--no more pull-ups.  He does have accidents periodically, but we know that this will happen for a little while.  I think the going back and forth between underwear and a diaper or pull up was somewhat confusing.

Funny story:  On Saturday, Luke was in his underwear at naptime.  He had not quite gone to sleep yet and we heard some commotion over the video monitor.  So, Drew and I watched what ended up being a very entertaining scene.  Luke was sitting up in his bed, trying to take his pants off.  After we heard some "ouch ouch" comments, Drew went upstairs to check on him.  Luke had taken off his shorts and was attempting to remove his tight underwear but got a little "caught up" in it.  I heard Drew trying not to laugh as he asked Luke, "What are you doing buddy?"  Luke responded,  "Well, I was just taking my clothes off."  Drew asked him, "Why?"  Luke responded, "Because I wanted to."  "Because I want to" or "But, I want to" are Luke's favorite phrases right now.  Often, when we tell him "No" to something he should not be doing, he responds with, "But I want to."

5. Luke is attending a new preschool that is a little closer to our house this fall.  This school's hours are a little longer than his previous school's hours.  So, they have a mandatory "rest time."  Nap mats are required for this. With tax-free weekend being this past weekend, I thought it would be a great time to purchase one.  So, I bought one, brought it home and it was a hit with both kiddos: 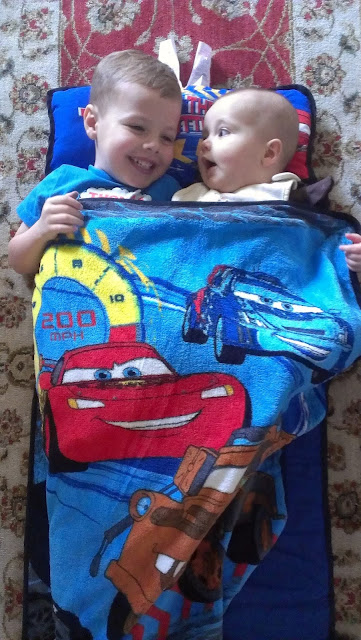 6.  Lastly, Luke is FAST!  The kid doesn't stop.  When he is outside, he pretty much runs nonstop.  Lately, he has really been enjoying running to our mailbox, which is about six to seven houses down our street and around the corner.  Last night, Drew and Luke decided to come back home "the long way."  Apparently, Luke ran the ENTIRE way.  He even figured out how he could tuck his water cup between his bicep and side to give him a smoother running pace.  He demonstrated it to me last night.  Drew captured a cute video of Luke "checking the mail" tonight.  This time, he decided to bring a back pack so that he could put the mail in it on the way home, giving him two free hands.  Here is the video: