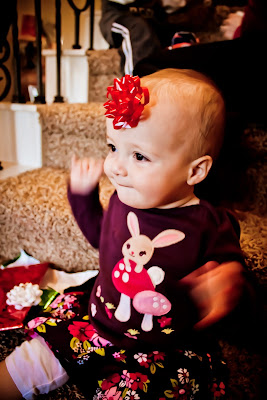 After my chemo on 12/27, we headed to the Houston, TX area to visit Drew's side of the family and celebrate Christmas.  Drew took Abbey to her pediatrician just before leaving for Houston on Friday morning, since she had begun running a high fever, was coughing and was just feeling terribly on Thursday night.   We wanted to rule out the flu, since it had come on so suddenly.  We found out she had an ear infection.  They prescribed an antibiotic, we gave it to her and then headed to Drew's parents' house.

Our little gal felt so sick.  She actually even vomited in the car on the way there.  We all felt so badly for her, since there was much fun planned but she felt so ill.  We all experienced fun times and great foods.   Abbey didn't really have an appetite though the entire time we were there, so she wasn't able to partake in the delicious food.  Actually, Abbey is just now (one week later) beginning to get her appetite back.   As a parent, I still say it is way more tough when your kids are sick than when you are ill. 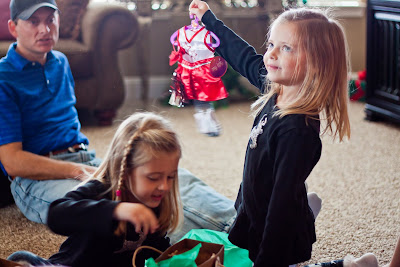