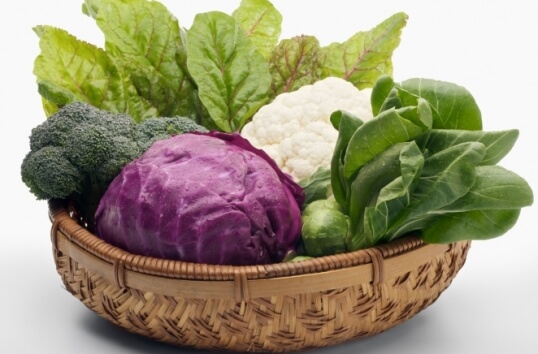 I have mentioned in previous posts that I was not much of a veggie-eater prior to my cancer diagnosis.   I knew I was supposed to be eating them.   I also attempted to eat veggies daily, but I know I did not consume nearly the recommended amount.  My favorites were always sweet potatoes, spinach, arugula, and corn.  Those are the ones I consumed fairly regularly.  I would typically only eat broccoli if it were included in my chinese food meal.  Otherwise, I didn't go out of my way to include broccoli, cauliflower, cabbage or brussels sprouts in my diet.  Confession:  the first time I ate a brussels sprout was when a friend, Sarah S., brought us a delicious meal that included roasted brussels sprouts.  They were delicious!  I had no idea that they could be so tasty!  I really wished I knew what I know now though about the various veggies and how each one has a different, specific health benefit.  I mean, if you were to tell me cruciferous veggies like broccoli, cauliflower, brussels sprouts and cabbage were good for me, I wouldn't argue with you.  I knew they were very healthful.   But I didn't know just how amazing these veggies are for one's health.  Can you believe that scientists at Ohio State University's Comprehensive Cancer Center discovered that a substance in broccoli and brussels sprouts specifically blocks the growth of breast cancer cells?  I wish I would have known that before--I would have made sure to make these a very regular part of my diet.  All of the cruciferous veggies though are thought to lower your risk of getting cancer.
I am going to share below an article from WebMD.com titled, The Super-Veggies: Cruciferous Vegetables.   I figure, why write it myself, when an expert already wrote the information so eloquently?  Later though, I will share in a separate post a few delicious ways (recipes) for you to include them in your diet.  You know the recipes must be good when you manage to get both your 3-year old and 1-year old to consume brussels sprouts and broccoli in the same meal.  And, might I add, I got them both to eat ALL of their veggies.

So, here is the article describing the benefits:

Cruciferous vegetables have it all: vitamins, fiber, and disease-fighting phytochemicals. Here's how to get more of them.
What do broccoli, cauliflower, Brussels sprouts, kale, cabbage, and bok choy have in common?
They're all members of the cruciferous, or cabbage, family of vegetables. And they all contain phytochemicals, vitamins and minerals, and fiber that are important to your health (although some have more than others.)
In fact, health agencies recommend that we eat several servings per week of cruciferous vegetables -- and for good reason.

Another way cruciferous vegetables may help to protect against cancer is by reducing oxidative stress. Oxidative stress is the overload of harmful molecules called oxygen-free radicals, which are generated by the body. Reducing these free radicals may reduce the risk of colon, lung, prostate, breast, and other cancers.
In a study funded by the National Cancer Institute, 20 participants were encouraged to eat 1 to 2 cups of cruciferous vegetables a day. After three weeks, the amount of oxidative stress in their body was measured. Then, after a three-week wash-out period, the study participants were told to take a multivitamin with fiber. Again, the oxidative stress was measured three weeks later.
And the results? Oxidative stress in the subjects' bodies dropped 22% during the period when they were eating lots of cruciferous vegetables. But the change during the multivitamin segment was negligible (0.2%), says lead researcher Jay H. Fowke, PhD, an assistant professor and cancer epidemiologist for the Department of Medicine at Vanderbilt Medical Center in Nashville, Tenn.
More study is needed, but Fowke feels the evidence is pretty strong that eating cruciferous vegetables is a particularly healthful choice.
"There's no harm to it and consistently, across the line, it's associated with improved health and a reduced risk of various chronic diseases," he says in an email interview.
It's best, he says, to eat these veggies raw or only lightly steamed to retain the phytochemicals that make cruciferous vegetables special in terms of health.

Diets rich in fish and vegetables (including cruciferous and dark-yellow veggies) may also help to protect against cardiovascular disease. A recent study found that such a diet was linked to lower levels of markers of inflammation in the body. These markers may signal an increased risk of cardiovascular disease.
In another recent study, diets low in cruciferous and yellow vegetables, wine, and coffee but high in sugar-sweetened soft drinks, refined grains, and processed meat were identified as possibly increasing chronic inflammation and raising the risk of type 2 diabetes.

To maximize taste and nutrition, here are some tips for buying and cooking cruciferous vegetables: