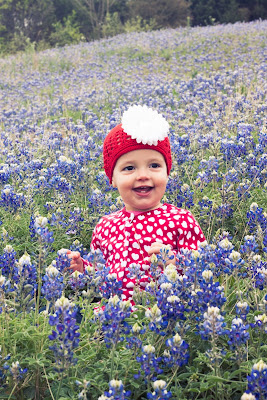 A sure sign it is springtime in Texas is when you begin to see beautiful wildflowers everywhere.  Just in time for the official beginning of spring last week, they began blooming all around.  So, we made it our mission to find a lush field of bluebonnets for our annual family photo session.  I had no idea until after Luke was born that taking photos in a field of bluebonnets is the "thing to do" around here.  The bluebonnet is the official Texas state flower.  It is named for its color and, it is said, the resemblance of its petal to a woman's sunbonnet.  I believe a field of bluebonnets is one of the prettiest things in nature.

We discovered a pretty good field of bluebonnets near our house on Friday night.  We were taking the kids to a park, and decided to check to see if the bluebonnet fields in that park were in bloom.  Sure enough--there was a nice field there.  So, we took some photos on Friday night. 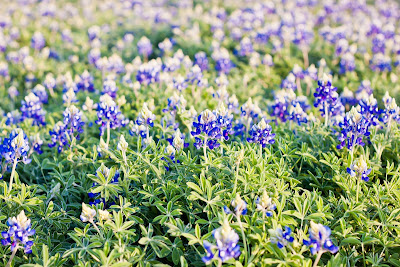 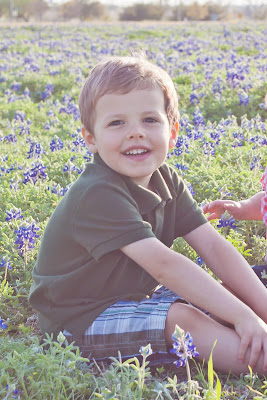 As I said, we thought that field was pretty good.  But, then we found an AMAZING field on Saturday morning.  It was a bit chilly and drizzly, but the drizzle stopped just as we were getting out of our car.  So, it was timed perfectly. 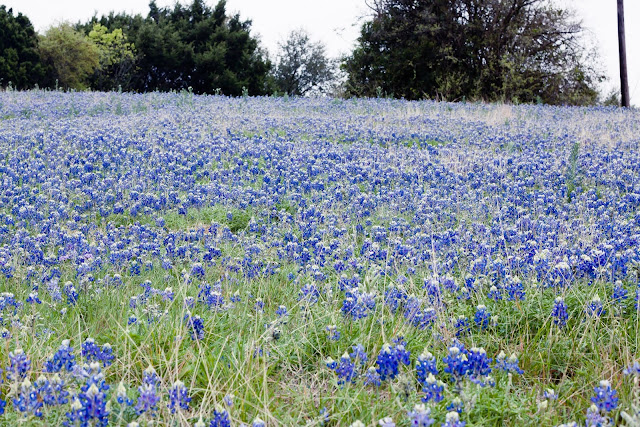 Oops.  Drew realized he still had his jacket on, so we took another family photo. 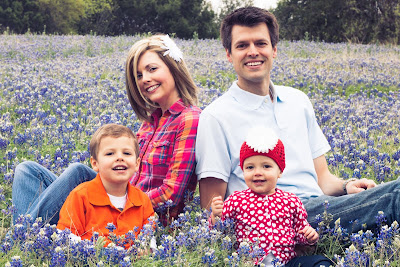 There is only so much you can do when you are using self-timer to take your family photo.  I was amazed that we actually got the kids to look at the camera and somewhat smile.

Abbey, on the other hand, was very cooperative with the picture-taking.  Actually, I think she just had fun playing in the flowers and watching nearby dogs frolicking in the field of posies. 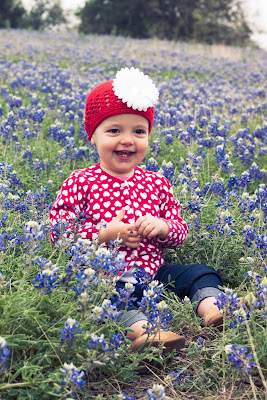 We asked Abbey to smell the flowers (which really aren't that fragrant).  She smelled them, then picked them and began eating them.