On Saturday morning, Luke had a soccer game and team photos.  He was slightly less shy at his game on Saturday.  But, he was nowhere near acting as the little boy we know at home--the hyperactive, social, funny little Luke.  I am finding that our little boy, who I thought was an extravert, may be an introvert.  Well, at least he is shy when it comes to being in new situations with lots of people (mainly complete strangers).

This photos says it all.  Before the game all of the team players were huddled and yelled "go dynamite" (their team name).  Luke was shy because neither I nor Drew was standing beside him.  Poor little guy. 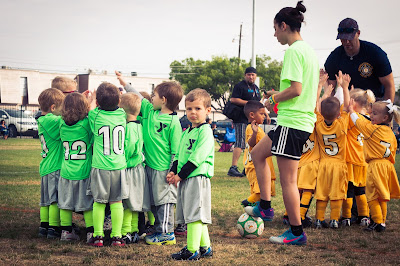 But, on Tuesday Luke had his second practice.  Drew said he did SO well.  He participated in all of the activities and had so much fun!  I'm looking forward to seeing him have some fun in tomorrow morning's game!  Go Dynamite!

After soccer team photos, we traveled to the Houston area.  We coordinated our trip to MD Anderson for Monday's appointment with some weekend family fun.  Last month, our nephew, Mitchell turned 12 years old!  We weren't able to celebrate with him on his birthday early last month due to surgery recovery.  But, we made up for it with some celebration last weekend.  We even squeezed a post-Easter egg hunt and some park time in.

When we arrived at Drew's parents' house (Mimi's and Papa's), we had an Easter egg hunt, followed by Mitchell's birthday celebration.


On Sunday afternoon, during Mitchell's baseball practice, we went to a nearby park.  Below are some pictures of the kids having a blast! 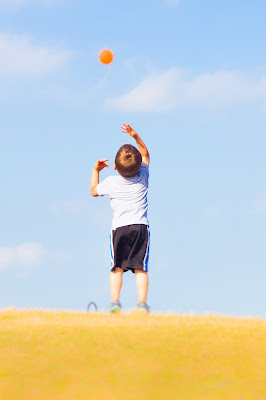