A moment in my day

Day 9 of the Blog Challenge is "A Moment in Your Day"--with a photo or a photo and words.

Yesterday, Luke, Abbey and I went to a nearby park and creek.  We were on a mission with our bug net, which I had just purchased for $1 at target, to capture some bugs.  Our first destination was the creek.  I have to admit, I was pretty excited at the possibility of capturing some tadpoles.  I have always wanted to watch them morph into frogs, but as a child I wasn't able to keep them alive for long enough.  I figure now that I am an adult and I can take care of two kids, surely I can take care of some tadpoles, right?

I love being outside and playing in the dirt, rocks, looking at bugs, etc.  I think that is one of the many reasons God blessed us with Luke first.  Boys are so much fun!  Girls are also, but in different ways. And actually, if Abbey is anything like me, she will enjoy this stuff as much as Luke and I do.  Here is a photo that captures our moment. 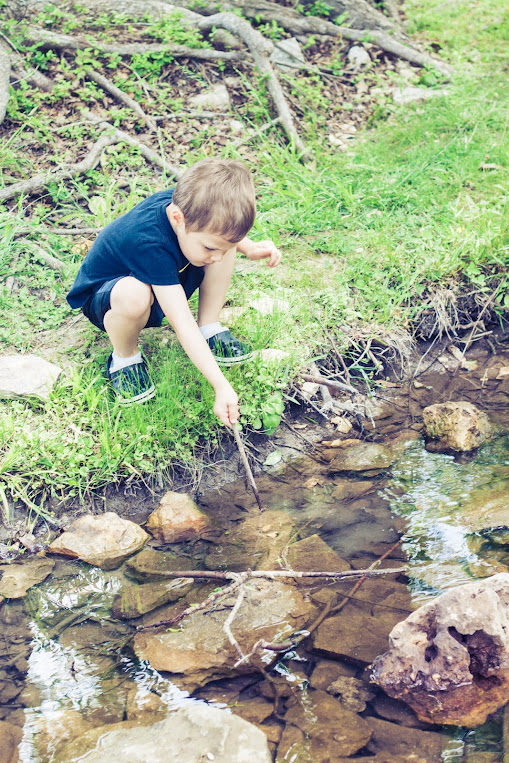 Okay--you know I can't just show one photo. That really doesn't tell a story.  So, I am going to cheat and share a few more. 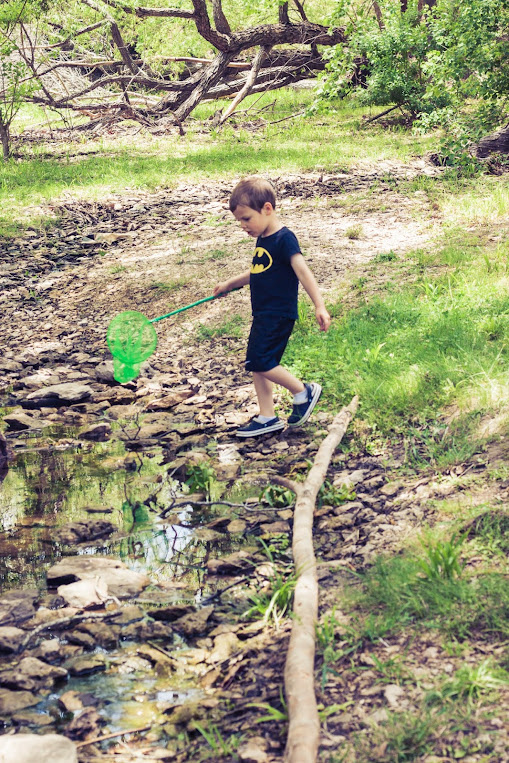 We ended up catching about 8 tadpoles of various sizes.  I read up on how to take care of them, so hopefully they will survive.  Because we were so close to a playground, of course we had to stop by there on the way to the car.  This was the first time I have done this (a playground) by myself since before my surgery in February.  Now I remember why.  Remember those lifting restrictions?  I can't lift more than 10 lbs with my left arm. This means I can't catch little boys (like Luke) who decide to do things like jump off the playscape or try the monkey bars that are meant for 8 year old boys.  Our boy truly has no fear.  I had to explain to him several times as he got into jumping position why that wasn't a great idea to jump off of a 6-foot platform.  Then, he decided to try the monkey bars.   They were a little lower than the platform he was initially trying to jump from.  All of this while Abbey was swinging on the opposite side of the park. 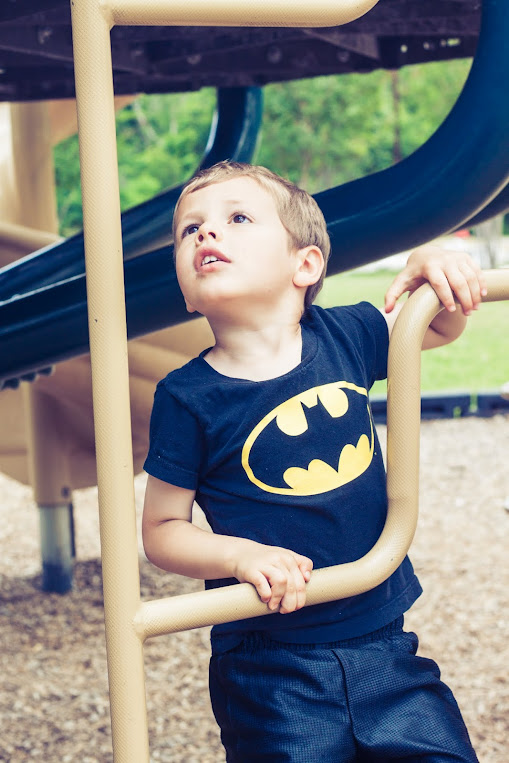 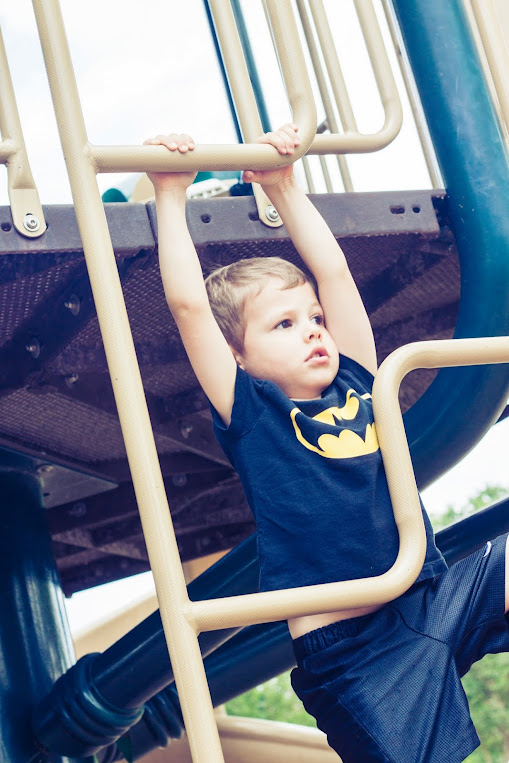 So, he tried the monkey bars.  And, I had to help the 35 lb-er down.  I probably could have just had him drop down, but I figured it wasn't worth a potential trip to the doctor.  Also, if he were successful and stuck the landing, that would probably give him more ideas that I am not ready for him to have yet.  Oh Luke--I love you little fearless boy!  But, I am thankful that Abbey is little Miss Careful!