Day 4 of our "Real Food Pledge"

I decided to do some swapping around of the days' planned meals in my original menu.  So, Friday's pizza meal became Thursday's dinner.   I was feeling pretty tired on Thursday due to my continued radiation recovery.  Pizza just sounded pretty easy.  And, it was.

During Abbey's morning nap, I made the pizza dough.  I could not believe how easy it was--it probably took me about 5 minutes with our Kitchenaid stand mixer. 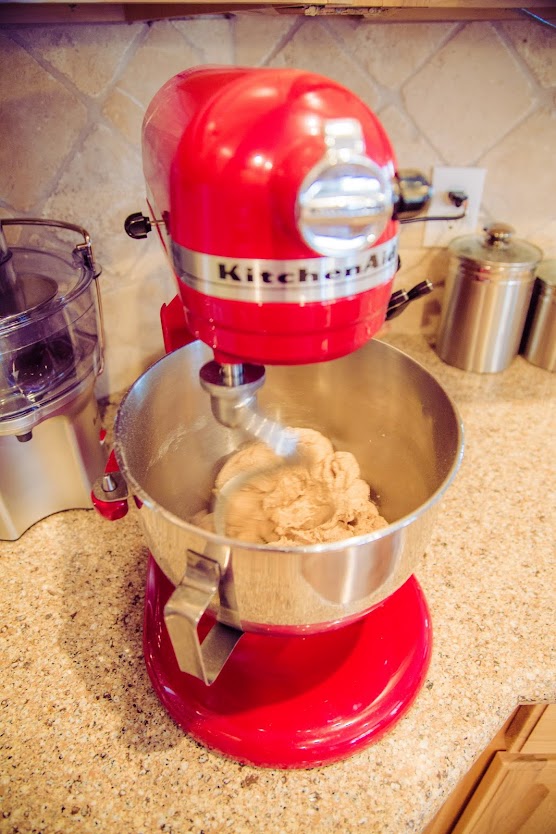 The recipe says to put the dough into a ziplock bag and into the fridge to rise after mixing it.  But, I read on some of the comments from the "100 days of real food" site that some folks had difficulty with the dough rising.  Every time I make dough, I let it rise in a warm place.  So, I trusted my gut here and let it rise on the counter in a ziplock bag for about 45 minutes before I put it in the fridge.  It had no problem rising.

For lunch, I ended up making a salad using the leftover chicken nuggets from Wednesday night.  I also added apples and strawberries to my salad.  We didn't have any leftovers of the sweet potatoes and apples dish.  So sad!  The kids ate sandwiches, fruit and veggies for lunch.


When it was time for dinner, I rolled the dough out pretty thin.  It ended up being pretty large in size, and I didn't even roll it out as thin as I would have liked.  Then, I brushed on some olive oil around the outer edges and then brushed on a basil pesto (with no pine nuts, since Drew and I are allergic) as a base. We bought a LOT of mushrooms at the farmer's market, so I used some of those as a topping for our pizza.   We also bought too many tomatoes, so I sliced one very thinly and used it as a topping as well.   I shredded some parmesan and mozzarella on top and put it in the oven onto our pizza stone.  It only took about 9 minutes to bake.   Easy peasy dinner! 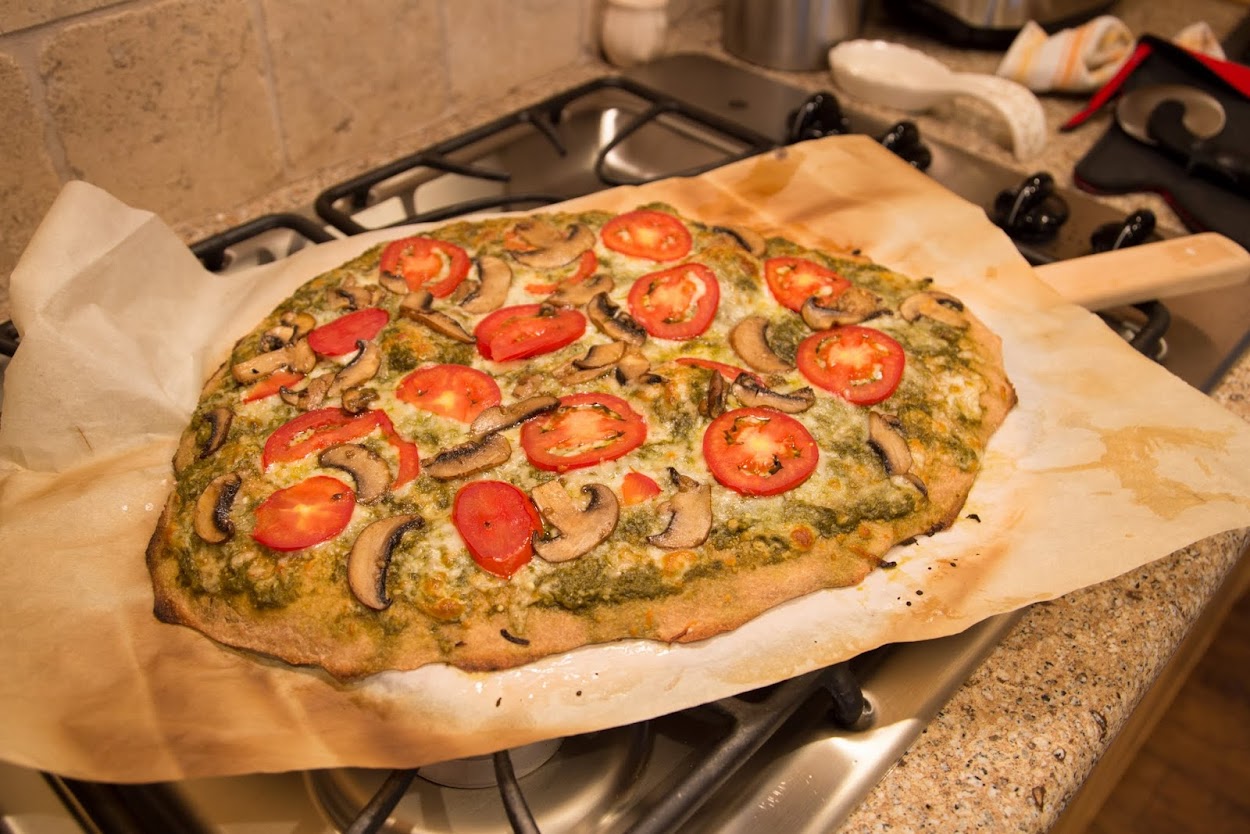 We even had enough for leftovers the next day!