Finally.....we had a cold front come through here in Central Texas.   Abbey's bedroom is one that is always the coolest when it is cold outside, and always the warmest when it is warm outdoors.  Luke's on the other hand, stays well insulated.  Also, Luke is pretty warm-natured, so he almost always wears t-shirts and shorts jammies to bed (even in the cooler months).  But, footed jammies just look so snuggly and I just knew he would look pretty cute in them.  Last Christmas, Mimi and Papa bought Luke a pair of cute footed Christmas jammies to wear during the cool months.  Our attempts to get Luke to wear those adorable jammies (even for a quick photo) failed--perhaps it was because it was not his idea and he was at a "testing his independence" stage.  The photo that Drew quickly snapped of Luke last year when we made him try them on is one that is still in his smart-phone's gallery.  It is one that I will not share, out of respect for Luke (imagine red face, screaming, on the ground--not good).

Things change though when you have a sibling who is excited about footed jammies.   With the cooler weather rolling in, we decided to put Abbey in some footed fleece jammies a couple of nights ago.  She doesn't sleep under a blanket yet, so we wanted to make sure she was warm and snuggly (don't want to give her any excuse to wake up early).  She normally dons two-piece pj's with socks.  The first pajamas we came across were her Christmas jammies from last year (which somehow still fit).

Abbey was excited about those jammies.  She was checking herself out in the mirror for quite a while, and even did a little happy dance in them.   THEN, all of a sudden, I heard something come from Luke's mouth that shocked me: "I want some footed jammies."  Of course, I obliged!  We all migrated upstairs and pulled out Luke's Christmas footed jammies from last year and had a little pajama party.  It was a moment that required pictures, because we weren't sure how long Luke would wear those jammies.  So, Drew snapped some photos. 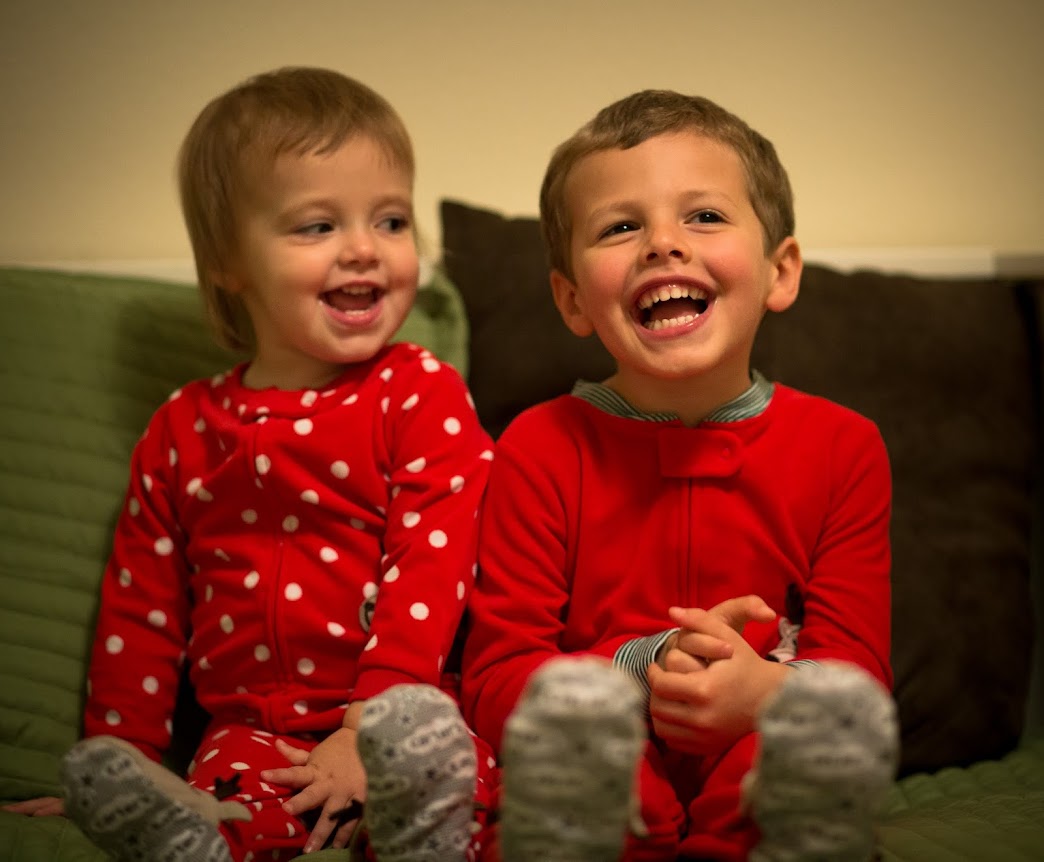 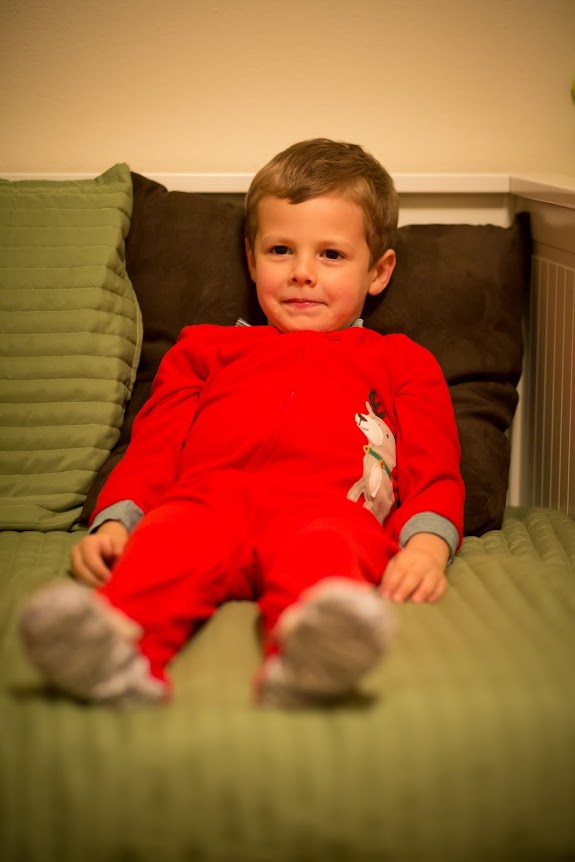 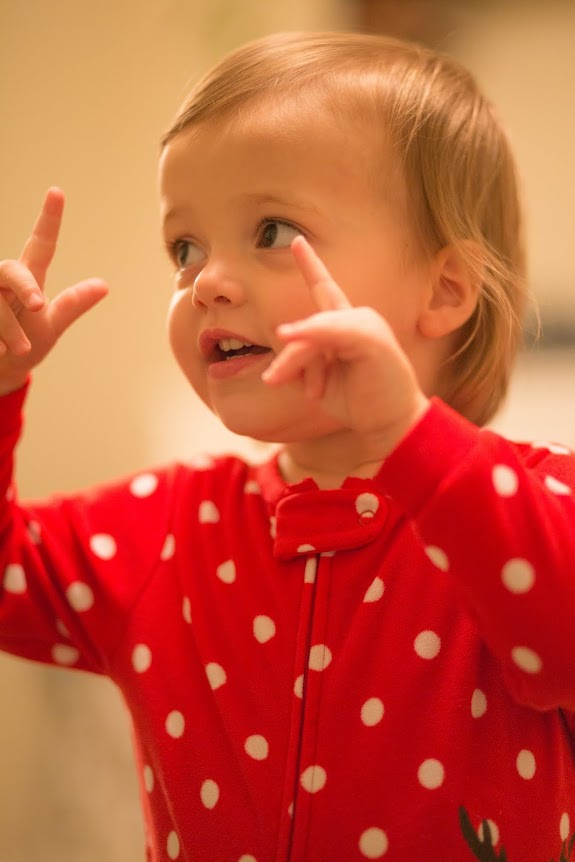 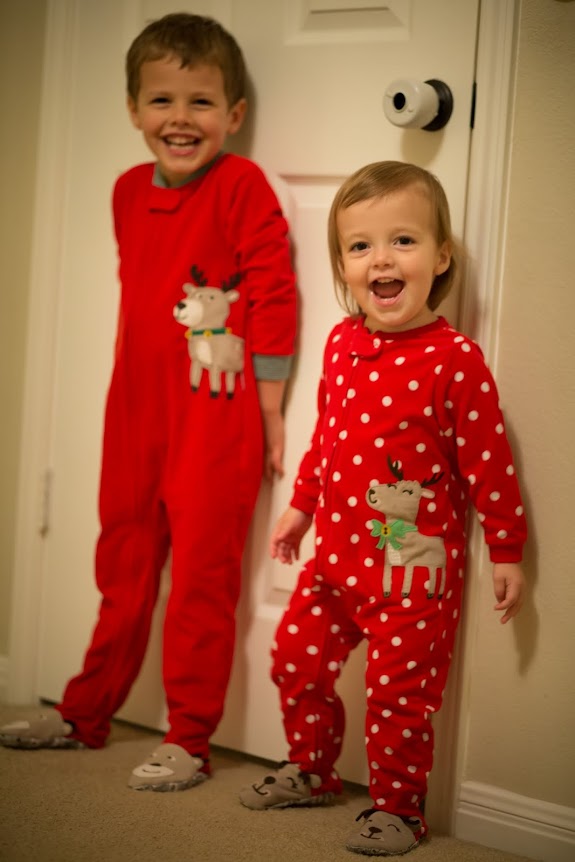 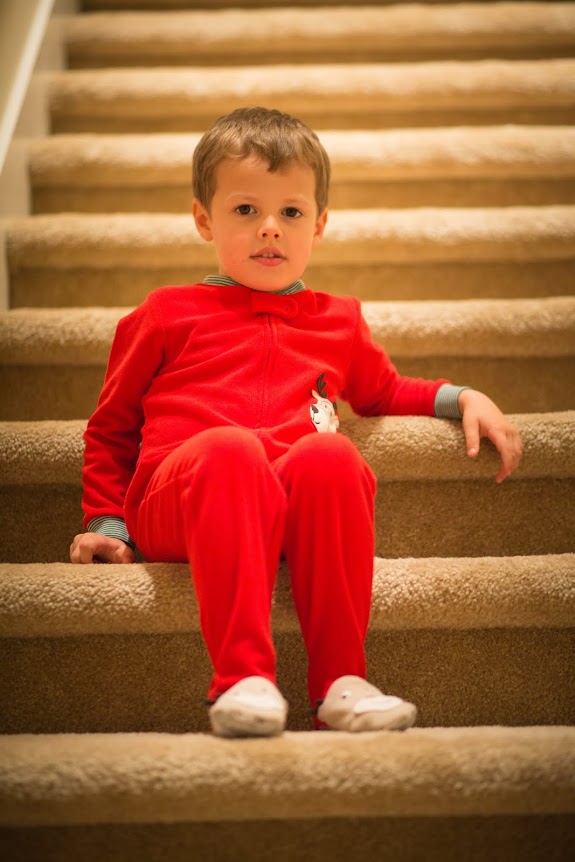 It turns out....Luke LOVES footed jammies.  In fact, he didn't want to take those things off.  It was literally 2:30pm the following day before he took them off.  Since we had nowhere to be yesterday morning, I just let him be cozy and enjoy them.  When we are open to new things, we experience so much more joy in life than when we are closed minded and don't even try new adventures.  He missed out last year on a whole season of footed jammies.  I can guarantee he won't miss out this year!