Getting Chores Done...thanks to surprise toys

The last two days of bed rest while watching two kids actually went better than I hoped it would.  I managed to get a great day of rest on Tuesday.  Bed rest really didn't happen on Wednesday, but I did manage to refrain from doing too many household chores.  But, that means that today I have a great big pile of chores to complete.  So, to distract the kids while I attempted to get some work done, I brought out a toy from Abbey's closet that Abbey has actually never played with yet.  You see, Abbey's birthday and Christmas are about a week apart.  So, since she got so many toys last year at once, I put a lot of them away and have been pulling them out one at a time (sporadically) over the past year.  She loves that, as it feels like she is getting new toys all year round.

Today we pulled out the last toy that was stored away in her closet:  her baby doll bath tub.  It was a huge hit!  And, getting that thing out allowed me to get several chores done upstairs.  But, the kids were being super-cute while playing with it, so, of course, I had to snap some pictures. 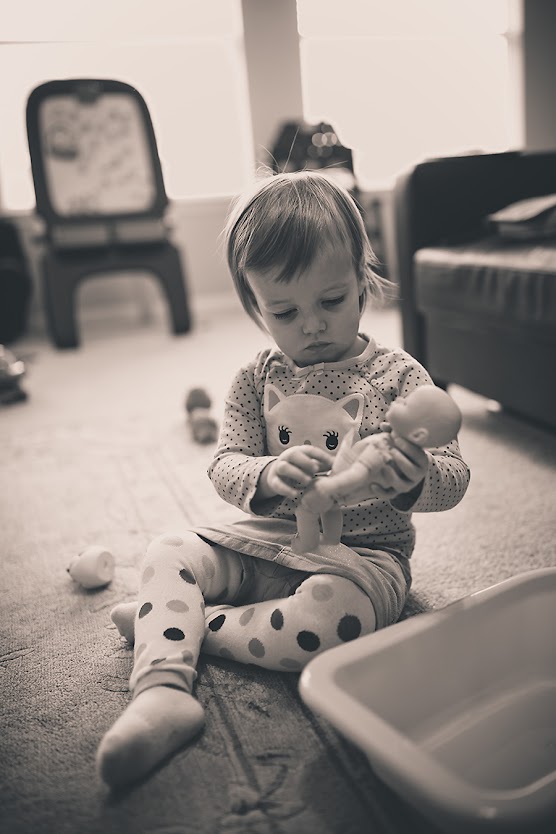 It is so much fun to watch Abbey be so nurturing with her baby dolls. 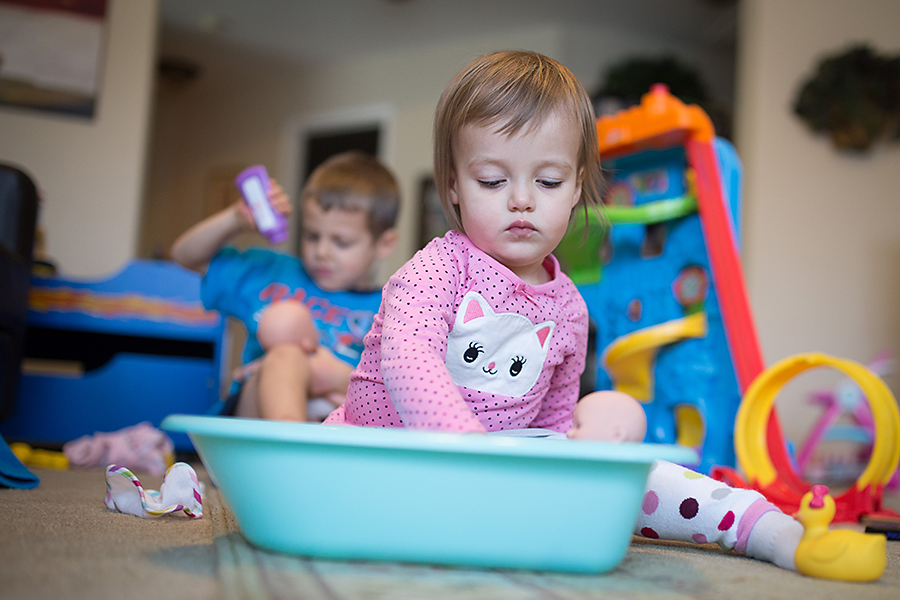 As you can see in the background there, Luke enjoys pulling Abbey's new toys out all year long also.  He had a get a baby and give her a bath as well. 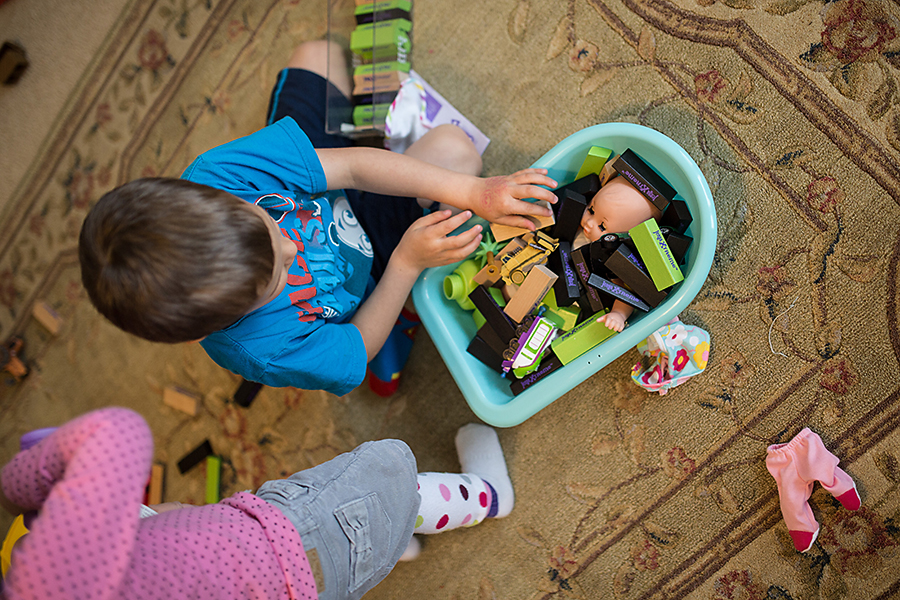 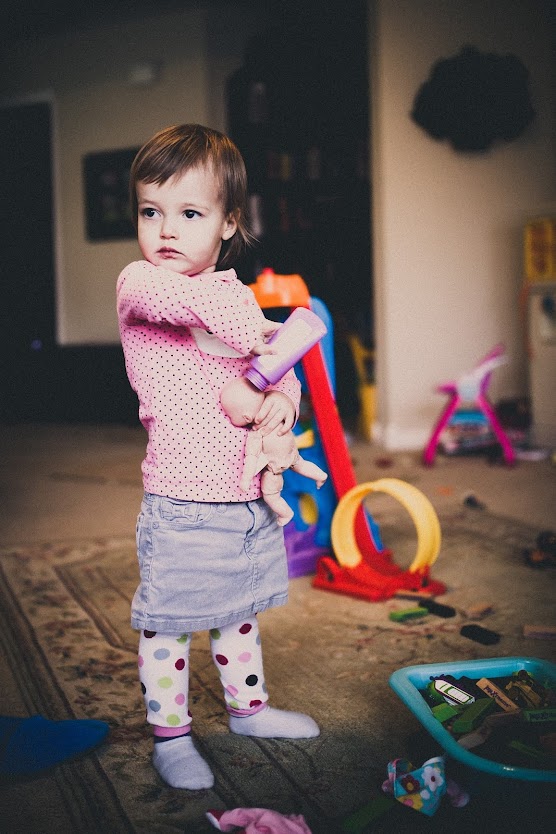 Now that Abbey is napping, it's time to go do some more chores with my little helper, Luke.  Happy Thursday, everyone!