A Boy and His Balloon

We visited Central Market yesterday.  I say that like it is an event, because if you live in the Austin area and have kids, it actually can be something to "do."  It's not your typical grocery store.  First off, their produce section is A-Mazing!  In my opinion, their produce department is better than whole foods'.  I would define Central Market as an upscale, health-i-fied, H.E.B. (an awesome grocery chain here in our area).  But, they also have a cool restaurant, food bar, gelato bar, a beautiful, huge, tree covered patio complete with playground, free concerts, the coolest tree ever, walking paths and a turtle pond.  Oh, and I cannot forget to add that kids eat free on Tuesday nights. What's not to love?

We noticed when we visited that some of the kids had balloons.   I knew that not much time would expire before Luke would be asking for one of those balloons.  Anyone who knows me well knows I have only two real fears:  balloons and rubber bands.   Strange, I know.  But, regardless, those are real fears.   I will have to touch on the rubber bands in a separate post.  The fear of balloons I believe began after playing one too many of those relay-type games where you take turns running to a chair, that has a balloon sitting on top.  The goal is to sit on the balloon to make it pop, and then run back to your team's line.  It was the anticipation of the loud pop that initiated my early balloon fears.  There were other incidents that increased my fear--namely some interactions involving the huge punch balloons.

Inevitably, when we got a shopping cart for our Central Market shopping adventure, the stash of helium-filled balloons just happened to be located nearby and were spied by Luke.  Of course, they were free for the taking, so I really had no excuse to say "no" to Luke.  So, he wanted a balloon.  After Abbey saw he got a balloon, then she wanted one also.   I began having flashbacks to those trips to HEB when Luke was little.  Back then, cashiers gave out balloons to little kids at the check-outs.  I planned most of my trips for later in the day, when they would possibly have run out of the balloons.  But, usually I was not that lucky.  Instead, I drove on edge, my heart racing the whole way home as Luke scraped at the balloon.  I was always so worried the balloon would pop and make me jump, jerking the steering wheel and wrecking the car.  Y'all--I'm really not kidding about this balloon fear.  It was a glorious day when I found out they discontinued giving out balloons to kids.  But, back to our central market adventure.   We got our groceries and headed home, balloons in hand.  Luke, now 4-years old, understands that you aren't supposed to scratch at the balloon if you want it to stay inflated.   This was a new concept for Abbey, as she really hasn't been around balloons very much.  Most of the whole, LONG, drive home, Abbey was scratching at her purple balloon.  I praised God when she got distracted and decided to take her shoes off in the car (she usually does this instantly when she gets in the car, but I usually don't praise God about it).  When she did, the balloon wandered away from her, out of her reach.  We arrived home safely.  Both balloons survived.

Luke loved his green balloon.   I guess since they are never around balloons, they are a treasured thing.  This afternoon, I journaled a little bit of Luke and his balloon companion. 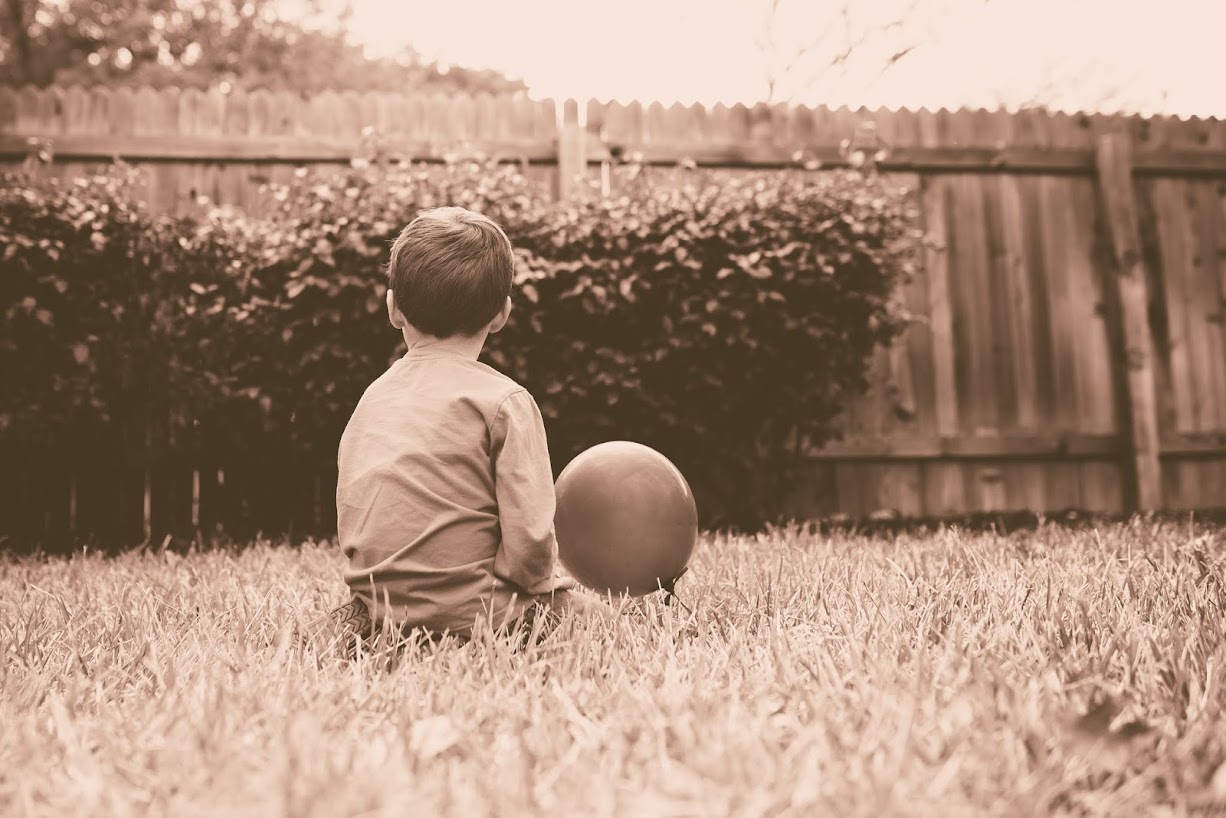 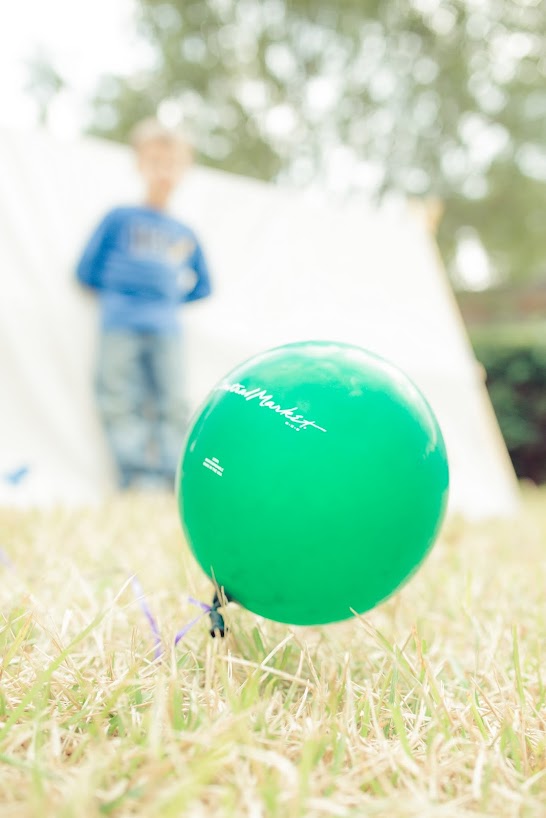 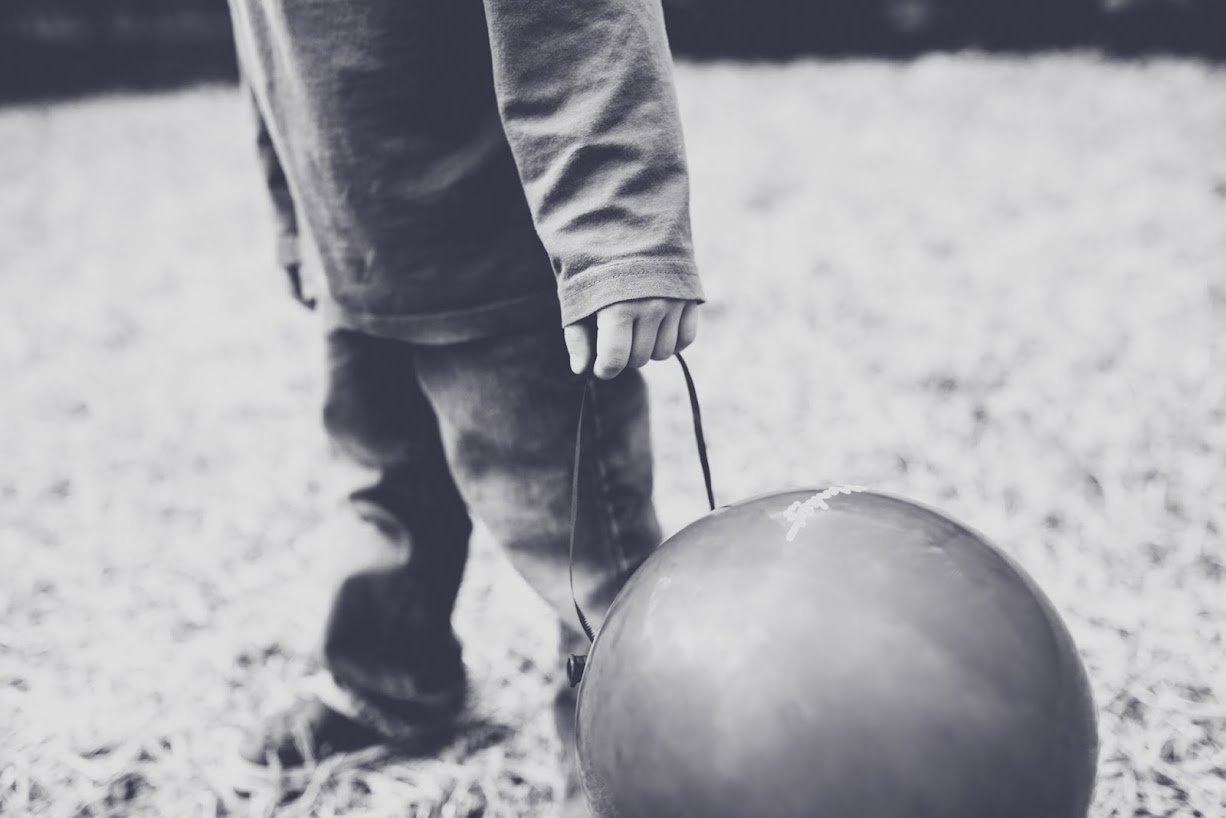 As it finally lost most of its helium, Luke asked me why it would not float even though it seemed to have air in it.  So, I explained to him the principles of the weights of different gases.  He searched the house for different objects that could possibly pump more air into the balloon.  It was precious, even though I knew none of the ideas would work.  I still let him experiment.  I eventually did explain to him that none of the tools added helium, which is what we needed.  I love this kid's curiosity, imagination and creativity!

You want to know something funny?   As afraid as I am of balloons, a little piece of me became sad also when that balloon finally died.  Seeing his little heart break just a little bit and try desperately to save that balloon made mine break a little too.  I guess that right there is some true empathy, folks.  And I am just going to go out on a limb and say that I am sure this is not going to be one of the last times my heart breaks when his breaks.   I just love him so much and thank God for this amazing boy each and every day!