I'm in a good place now...but, it took a lot of growth and fighting God to get here.  Here's the story I promised in my last post...

Prior to being a stay-at-home mom, I had an awesome job.  I mean, a REALLY awesome job.   I worked for an awesome company, in a role that I loved, for a manager that was great, with people whom I loved.  I also felt I was really good at this job.  I had worked my way up through lots of schooling and human resources positions to a wonderful executive level position. 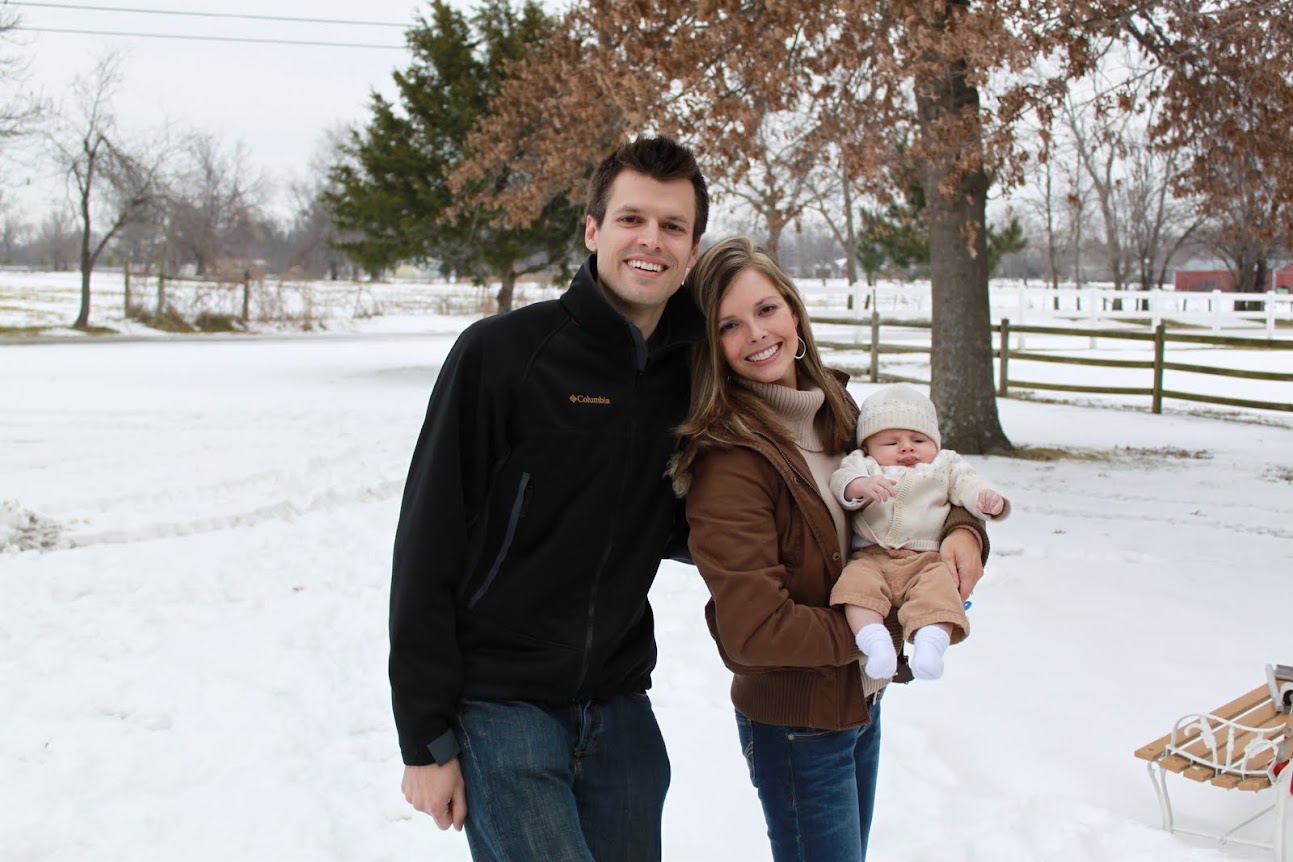 After Luke was born, God began tugging at my heart to become a stay-at-home mom.  Of course, I wanted to be that stay-at-home mom.  But, I also wanted to keep the job I loved....and the pay.  Honestly, my job brought in over half of our family's income, so just quitting would be a very big deal not just for me, but for our family.  But, that is what God was calling for us to do.  Drew was ready to take the plunge.  He thought quitting was a good idea, and told me that he trusted God would provide for us.  But, that was such a big leap.  We had some money in savings, but how long would that last?   I finally decided to go into the CEO's office (my boss) and have a tough talk.  I told him about feeling the pull to want to give 100% as an employee and 100% as a mom.  I told him that when I was at home with my family, I was often thinking of work (I didn't want to) and often at work, I was missing my newborn son.  If I had to make a choice between the two, of course I had to make it in favor of spending more time with our new son, Luke.  My wonderful boss offered a great solution, and Drew and I ended up changing our work schedules a bit so that Luke only had to be in care for only a few hours per day.  That went so well....until our caregiver quit.  When she gave her notice, I did as well--again.   But, again, my wonderful manager offered the option for me to work part time, which Drew and I decided would work.  So, Luke only had to be in care with someone else for a little bit each week.   We put Luke into a part-time Christian private school.  But, God continued to tug on my heart.  It just never quite felt right.  Then, we found out we were pregnant with Abbey.  We prayed about what to do over many months.  But, it was now very clear.  The school told us that by the end of the year (12/11), they would no longer continue the part-time program.  Abbey was due in January 2012.  God wanted me to quit my job.  He wanted me to have complete faith in Him to provide for us.  I quit just a few days before Abbey was born, knowing that we would probably be ok for 2-3 years without me working, due to some money we had been putting into savings.  But then, I would need to likely find some part-time work.  After I quit, I started my own Human Resources consulting company.  I thought this was a perfect solution:  work on my own terms.  Plus, I felt like I was a terrible stay-at-home mom.  I had all of these huge expectations I placed on myself, most of which I felt as if I was failing in.  But, God continued to stir my heart.  He really wanted me 100% devoted to my family--no other roles, jobs, etc.  He reminded me that just as becoming a good employee took lots of experience, being that stay-at-home mom I wanted to be took lots of experience and practice.  However, I continued to fight God's calling for my life a bit while continuing to meet with potential clients.

Then, when Abbey was only eight months old, I received a cancer diagnosis.  When I received that diagnosis, I decided right then and there that I would no longer live on my terms, but rather, would live on His terms.  If this meant not working, then I would trust His plan.  As I continued to give up control, I began finding more joy--even amidst an aggressive, advanced stage cancer.  I realized that trying to "control" things can actually rob you a little bit of your joy.  Don't get me wrong, I have always been a happy person.   But, the joy that only comes completely from the Lord when you are in His will is just something amazing and totally different from "happiness".


Last year, Luke was in preschool (on Tuesdays and Thursdays).  His attendance at the preschool during the 2012-2013 school year spanned my entire cancer treatment (chemo, surgery, radiation).  He loved the school and his teachers.   But, last summer after the school year ended, God began stirring my heart in another direction--He wanted me to homeschool.  What?  Me?  God, you must have me confused with someone else?  You see, I really don't think I am capable.  Also, I was kind of looking forward to having that time when Luke was in school to get chores done, go grocery shopping, cook, work, work out, or whatever.   But, I was committed to doing His will, so I began exploring it.  I attended informational meetings. I sat in tears at the first meeting I attended.  God was literally speaking specifically to me through the things these ladies were saying.  Words they used answered every doubt or fear I had.   They quoted scripture that was EXACTLY what my heart needed to hear.  All of my doubts and fears began subsiding.  I began to get excited.  So, I elected not to enroll Luke in any preschool for the 2013-2014 school year.  Instead, we would home school.

Fast forward to today.   Although I am shocked at where I am now versus where I was 5 years ago, I am also so content.  I am in such a good place.  I will admit that I really struggled with contentment until I finally decide to give up control over my life to the Lord.   Until I locked into exactly what He wanted for me and for our family, I always felt as if something was missing.  I love being a stay-at-home mom.  I am also now super-excited about homeschooling, and I have a huge list of so many reasons why I am so excited about it.  This will be for another post though since this one is getting so long.  When I reflect back on the journey the Lord has taken me through the past few years, I smile.  So, of course I had to write about it.  I am now a stay-at-home, homeschooling momma.  Whoa!  I want this testimony to be documented for our kids to read someday.  I want them to know that sometimes God calls you a direction that may be one that you don't feel comfortable with, or capable of going.  But, He will carry you.  And, in the end, you will see it is much better than the road you would have chosen for yourself.  You just HAVE to trust Him, and sometimes just take that leap of faith.  Jeremiah 29:11 says, "For I know the plans I have for you,” declares the Lord, “plans to prosper you and not to harm you, plans to give you hope and a future."

You want to hear something else that is amazing?  When we reviewed our budget before I decided to quit that last time, we came up with an annual amount that we were short (income vs. expenses).  Like I said, we had enough in savings to cover us for a few years, but then that shortage would eventually catch up.   Also, cancer treatment was thrown into those first couple of years.  As you know, cancer is VERY expensive and not something for which we budgeted.  But, here is the cool, miraculous thing:   Drew came home one day from work with news that he received a new salary/bonus that would make up that very specific difference in income we lacked.   That right there folks is acknowledgment from God that He is completely taking care of us.

Y'all, I get to hang out with these amazing little humans every. single. day.   I get to teach them, mold them, shape them, love them, praise them, cry with them, kiss their boo-boos.  No job could be better than this.  It is crazy to me now that I fought this for so long. 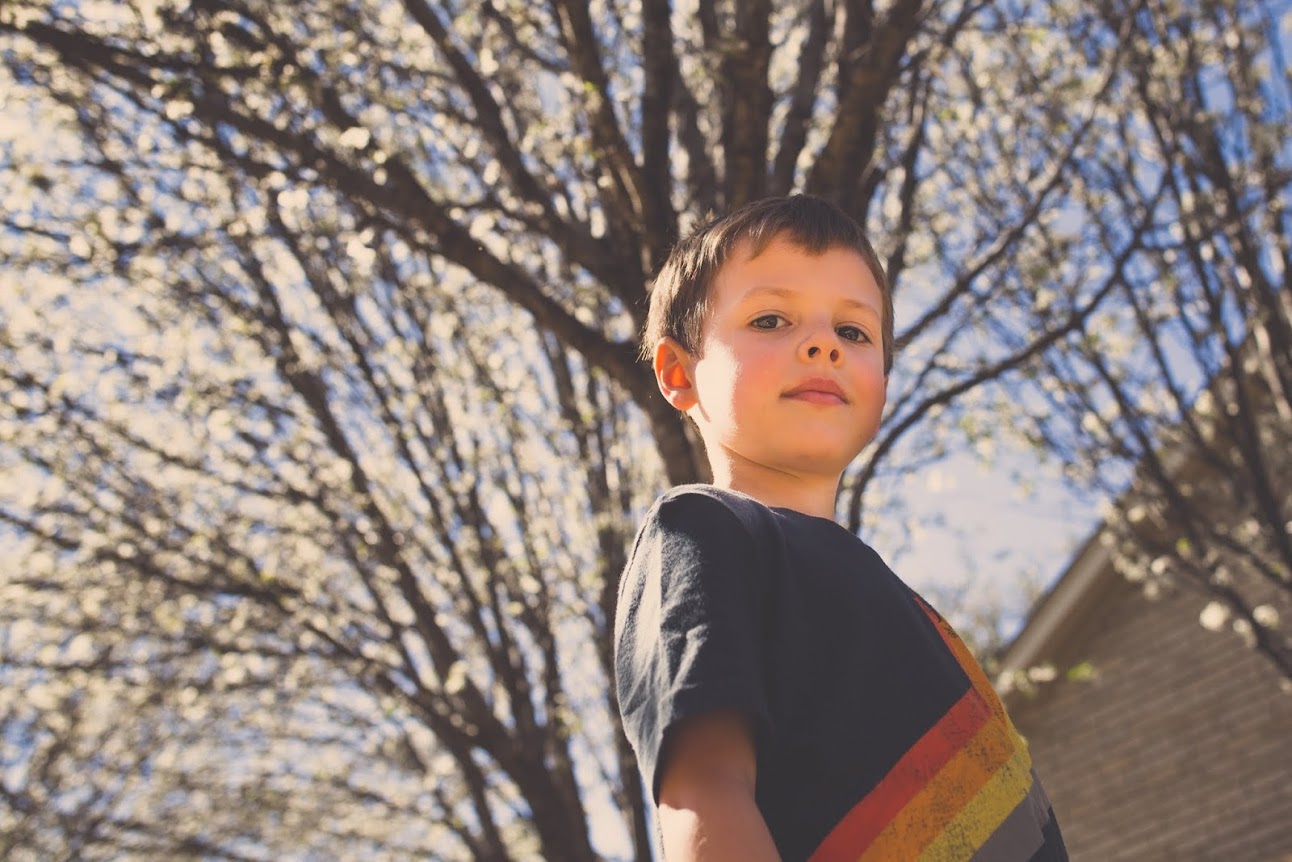 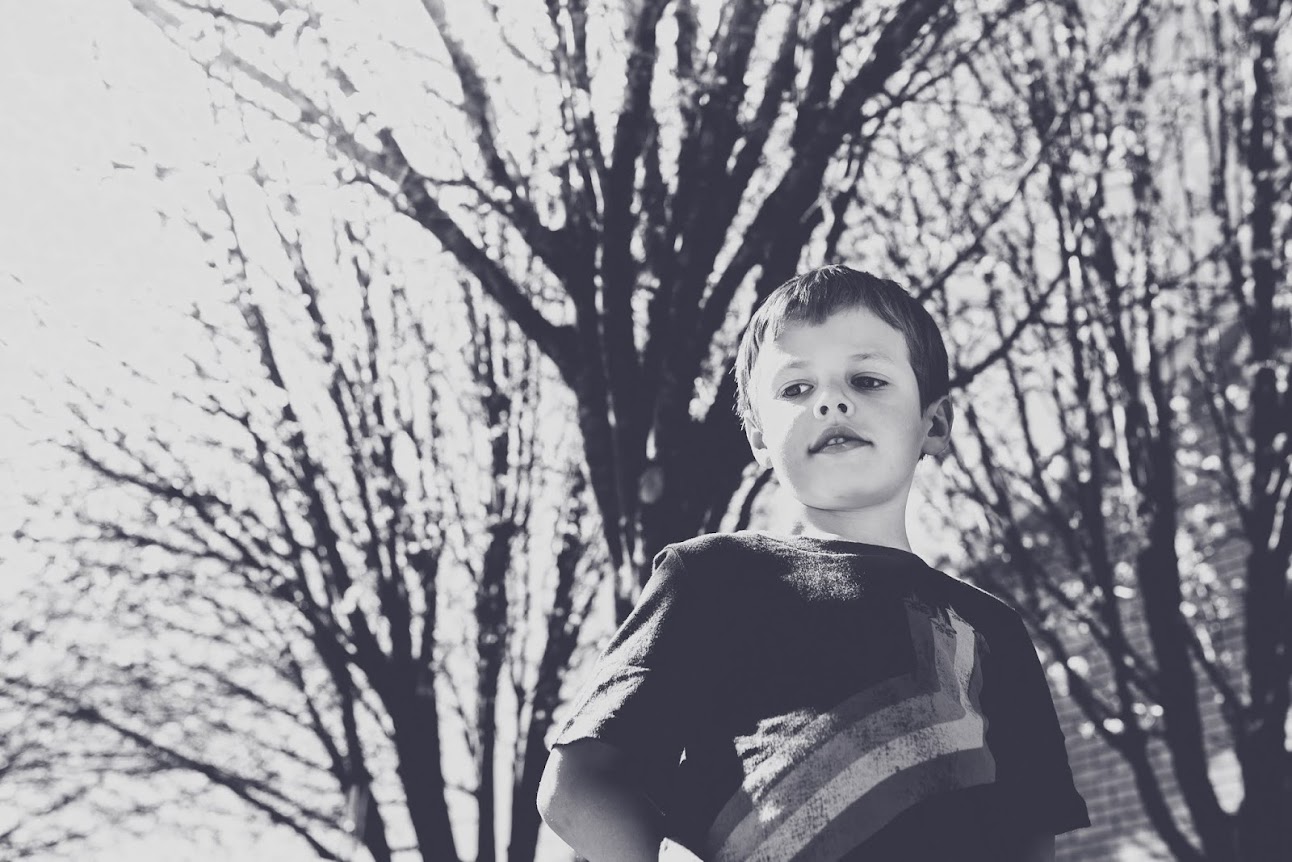 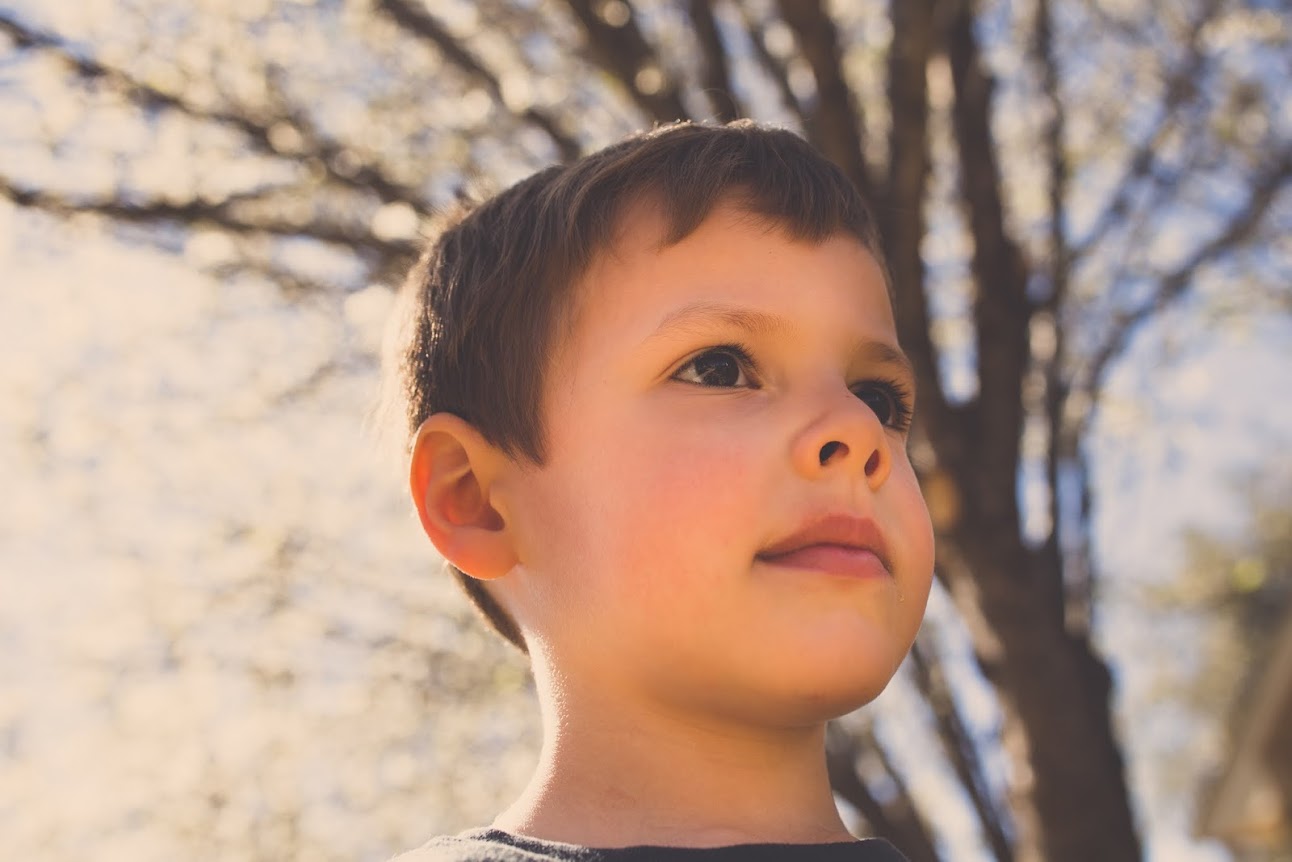 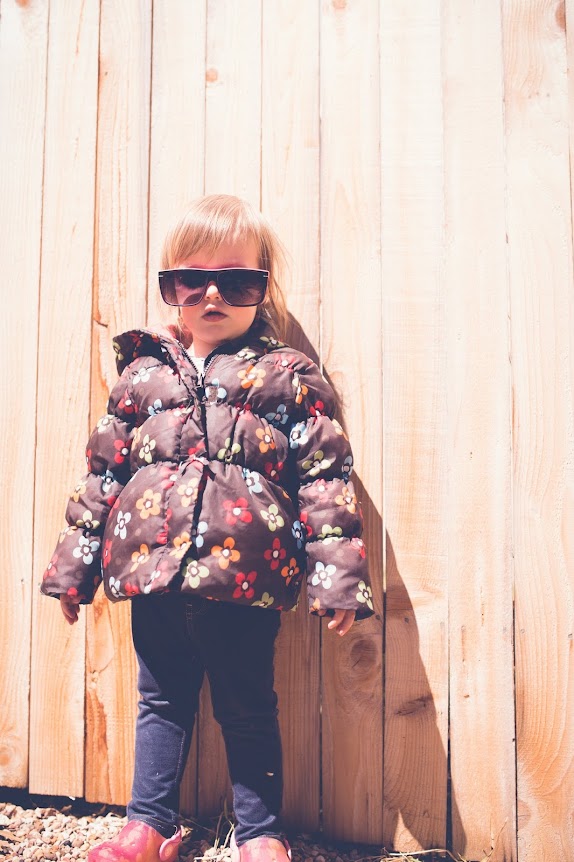 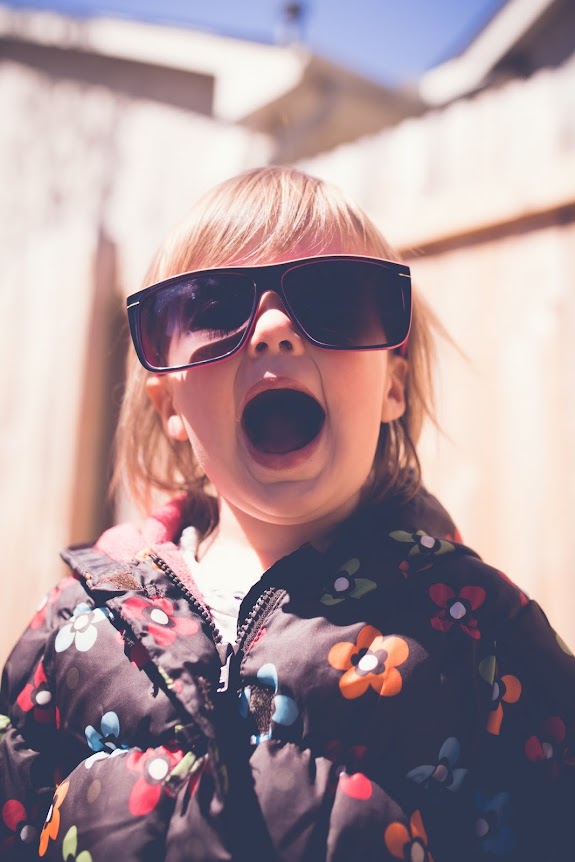 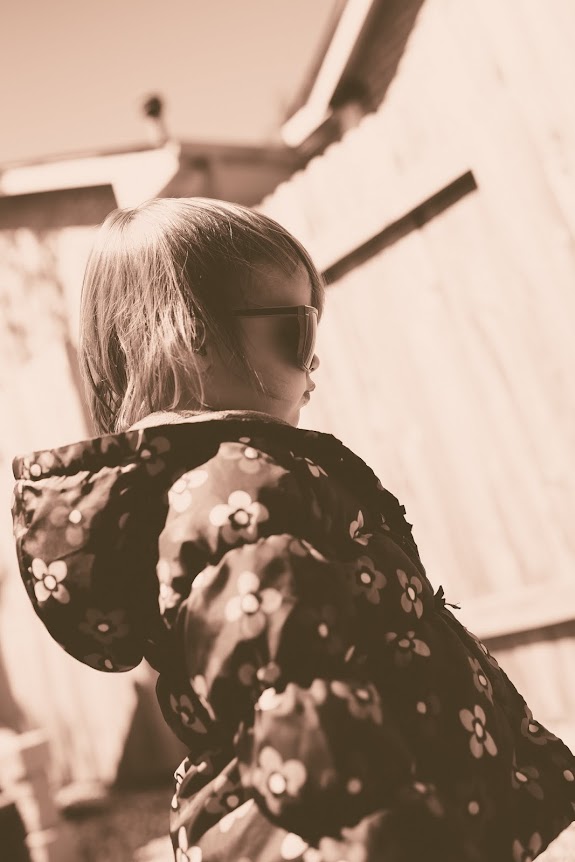 While I am at it, I may as well include a little video.  Today, Abbey and Luke were very sweetly collecting the white blossoms that were falling off of our bradford pear trees.  Luke said he was "collecting lilies for his cousins, Lilly and Linnea" who are coming to visit next week.  He thought they would like them (so sweet).  I enjoyed watching the two of them run around and collect the flowers.  They are so sweet together--my heart melts a little bit each day.  :-)  Here is the video: