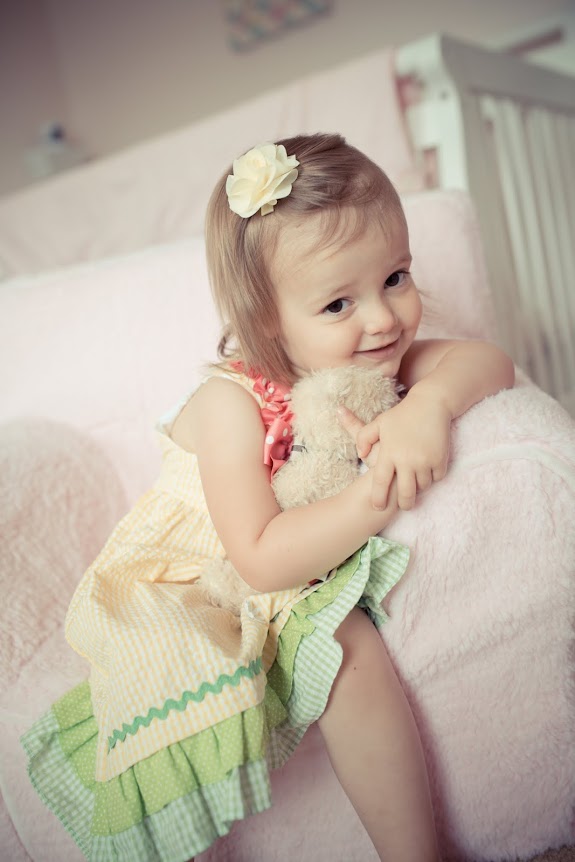 The other day, as I was taking some photos of Abbey just being herself, pretending in her bedroom, I realized that I have not regularly been blogging anything specifically about our little girl:  her likes, dislikes, personality, etc.  So, randomly, I have decided to do a post about what our Abbey girl is up to.  After all, I do use this blog as our "baby book" or journal for our kiddos.  I also use these blog posts to create my annual yearbook for each of the kids (because my memory about what has happened during the past year has not been as sharp, thanks to the lovely drug, Tamoxifen). 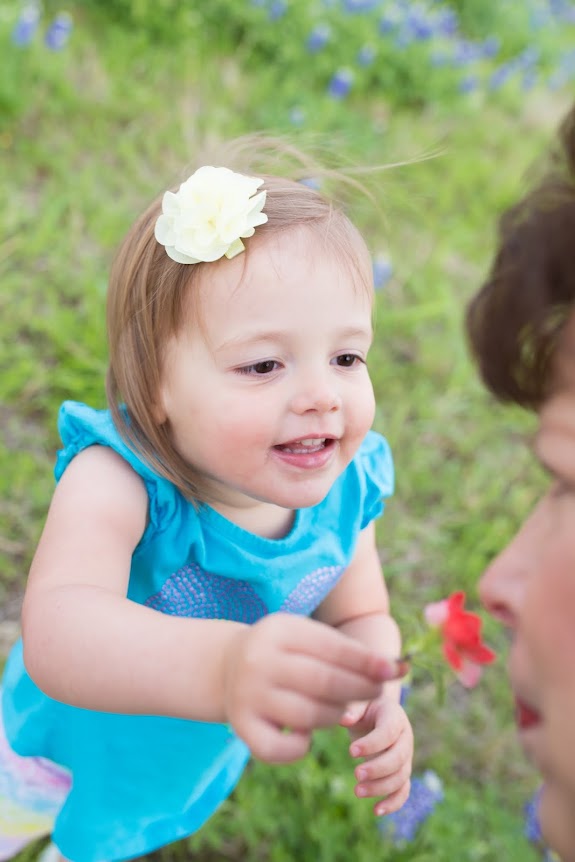 Our Abbey Lee is such a charmer.  She demands attention and always has done so since she was a little baby.  In fact, when she was younger and you were holding her, if you were not looking her in the eye while she was "speaking" to you, she would grab your chin and pull your face towards hers so she could have eye contact--oh, Abbey girl.  Now, Abbey is in "the twos" and that has translated into other ways of getting your attention.  It is pretty fun to watch, and she keeps us all entertained around here.

When Luke was Abbey's current age (and Abbey was just a couple of months old), we decided to potty train him.  It made for a rather hectic time, and with all of the other changes we imposed on him (moved him to a new room, into a new bed--oh and gave him a new baby sister), time-outs were beginning to happen fairly frequently with him.   I think we, as inexperienced parents, just imposed too many changes on him at once, leading to not the most pleasant behavior.  It really wasn't his fault at all.  And Luke really didn't enjoy his time in "time-out".  There were lots of (loud) tears while he sat there, contemplating whatever mistake he had made that was worthy of discipline.  It was super tough, and I bought many books on parenting around that time.  I have been anxiously awaiting this time with Abbey.  The time has come and I am finding that Abbey is completely different than Luke was to discipline.   Part of this is likely due to my experience as a parent, as I am in a much better, peaceful state now.  Abbey has only been in time-out around 6 times now, mostly for trying to demand her way with Luke (and being unkind).  When I ask her to go to time-out, she very happily exclaims, "Otay!"  (translated as "okay") and runs (almost bouncing) to her spot in timeout.  She smiles the entire time, as if she is excited to be there.  I truly think it is because she is excited about this "rite of passage,"  because she has seen her brother sit in time-out.  She feels like a "big girl" by being disciplined in time-out.  Thankfully, Luke's time-outs are very infrequent.  Luke is so super-sweet and aims to please.  The funny thing is that I have caught him sending her to time-out a couple of times for doing something unkind.  I just sat back and watched as she sat there and then he "disciplined her" by asking what she did wrong.   After she tells him what she did that was unkind, they hug each other and she tells him she's sorry ("sorry, bubba").  It is pretty precious to watch; although I realize I probably shouldn't let my four-year old discipline my two-year old.  Then again, it is teaching them a little about conflict resolution.  I would love for the two of them learn to work things out amongst themselves rather than "tattling" on each other.  That's real-life conflict management.  Anyway....all this to say, it is so tough to discipline Abbey without smiling.  She is just too funny and sweet. 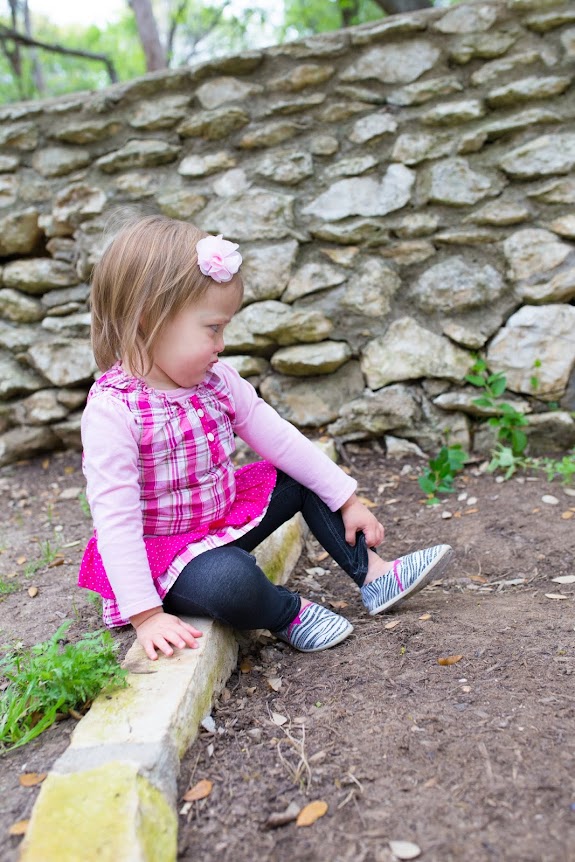 I also have a feeling that Abbey is going to be our little bookworm.    She has a love for reading and learning.  For quite a while now, she has known all of her letters of the alphabet, and the sounds that they make.  She also knows all her colors, basic shapes and can even do a little math.  A few days ago she was asking for fruit.  I gave her one piece of fruit and she said, "Oh, I have one strawberry!"  Then, I gave her two more pieces of strawberry and she said, "Oh, now I have three strawberries!"

Much to my surprise, she has become quite outgoing.  With the extreme separation and stranger anxiety she experienced last year, I thought she may be more timid or shy.  However, she has no fear around people now, and actually doesn't seem to know a stranger.   When we go to the grocery store and a stranger approaches us, Abbey begins talking to them telling them all about our family: "That's my bubba and that's my mommy."  Luke, on the other hand, tends to shy away and hide behind me.  This is pretty much opposite of their personalities when they were younger.  Sweet Luke just takes a little while to warm up and be himself now, whereas, Abbey just is not shy at all!

She loves to pretend, and it is fun to watch her do so. 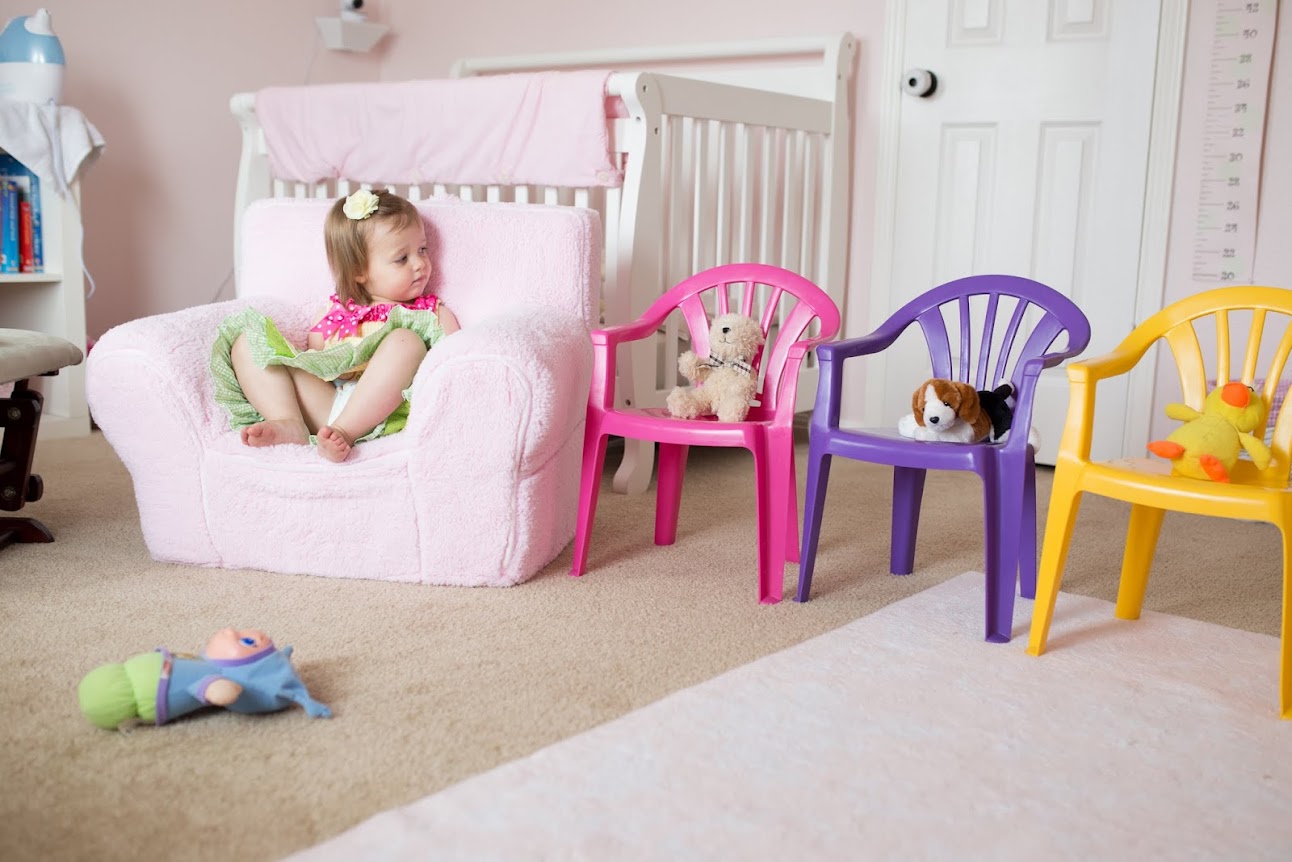 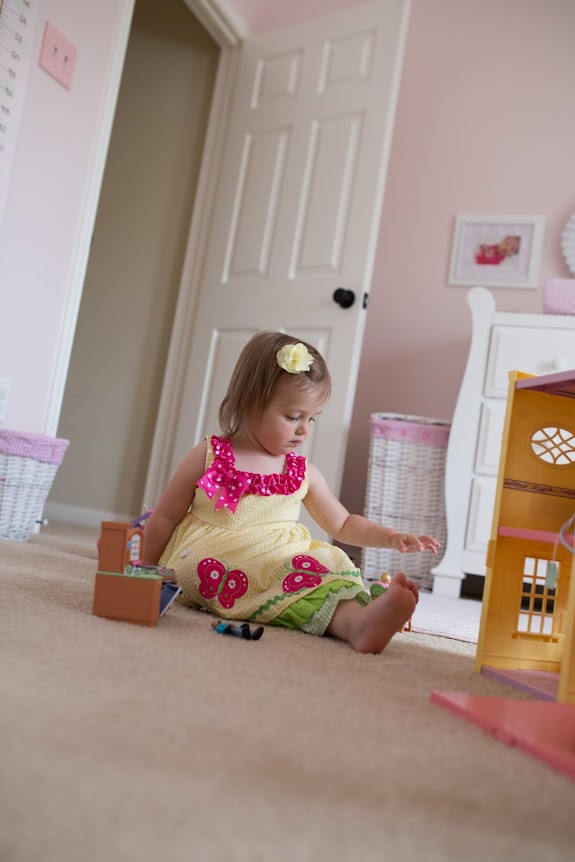 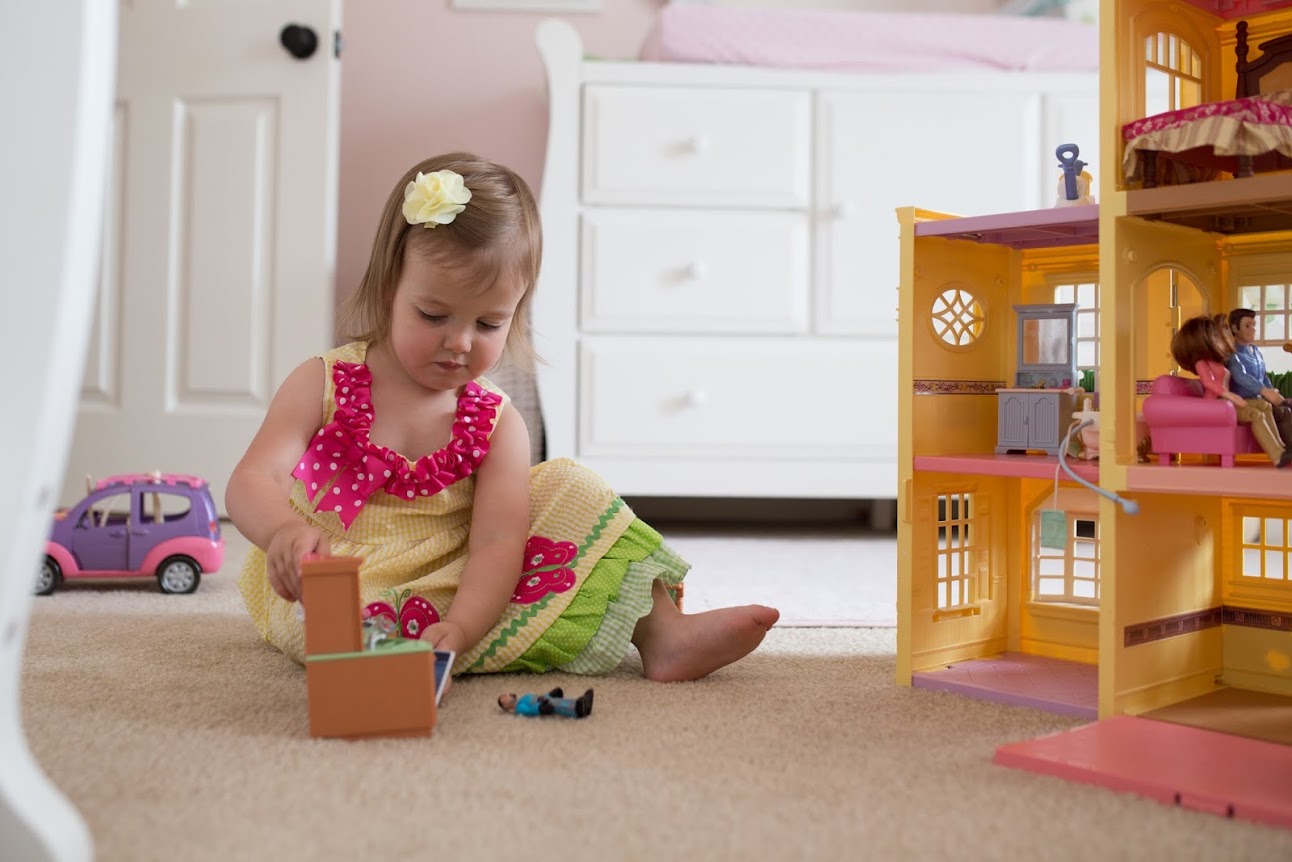 She also likes to do anything her brother (bubba) is doing.  So, if he eats a specific food, she wants it too.  If he starts reading books, she wants to read a book.  If he is playing with dinosaurs, she wants to play.  I love this--they already cherish each other.  Luke tells me regularly, "I'm so glad we have Abbey."  Sometimes, when she comes along with me to drop Luke off at AWANA cubbies on Wednesday nights, she thinks she is going to get to go into his class with him.  When I tell her she cannot attend yet because she is too young, she cries---and I mean "lots of tears" cries.  The entire way home she very sadly tells me repetitively, "Abbey not go to cubbies.  Bubba goes to cubbies.  Abbey not not go to cubbies."  It is so sad.

Well, that is enough about Miss Abbey for now.  I will leave you with a little video of Abbey.  You can probably tell from watching the video that it is a "selfie" video--in other words, she can see herself on my phone as I was recording the video.  The video is nothing special---I just wanted to capture a little of her being herself--her laugh, her run, etc.   Also, in honor of "Throwback Thursday, " I will then post one of me from when I was Abbey's age.  I recently watched this for the first time since Abbey was born.  It actually was strange to watch it, because I felt like I was watching Abbey (personality-wise and maybe a little bit looks-wise).  It is funny how personality traits and mannerisms can be passed from one generation to the next!

Here is another one of Abbey being silly while we were at Whole Foods a couple of months ago.  She is saying, "A", "A" apple (like apple starts with the letter, "a").  She loves to make us all laugh, as you can probably gather from the video. She is definitely trying to get some laughs from us: