A year and a half ago, Luke began his first soccer season and I officially became a "soccer mom."  I wrote a blog post about it, which you can find by clicking here.  It was the first and only season he played...up until he began asking to play again this summer.

You see, after his first season of playing, we decided not to mention it or push it at all.  He was only 3.5 and he really didn't enjoy playing against other teams.  He loved practices...just didn't enjoy the actual game day when he played against another team.  During games, he wanted either Drew or me on the field with him at all times.  I believe the picture below paints the perfect picture of how Luke felt the first season of play: 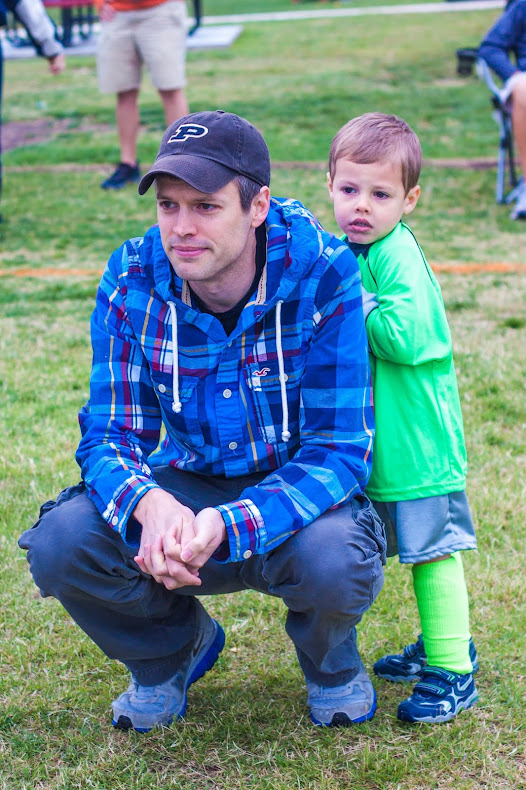 He began asking about soccer a little bit this past spring.  But, we missed the registration deadline.  By the time summer rolled around, he was determined to play again soon.  He told me fairly regularly that he was practicing soccer in the backyard so he would be ready to play soccer next season.  So of course I signed him up for the fall season.  That season began a couple of weeks ago.  The first two Saturdays were practice days.  This weekend, he had his first game.   Oh my what a difference a little time makes.  The boy totally came out of his shell.  I was shocked.  Here are a few photos: 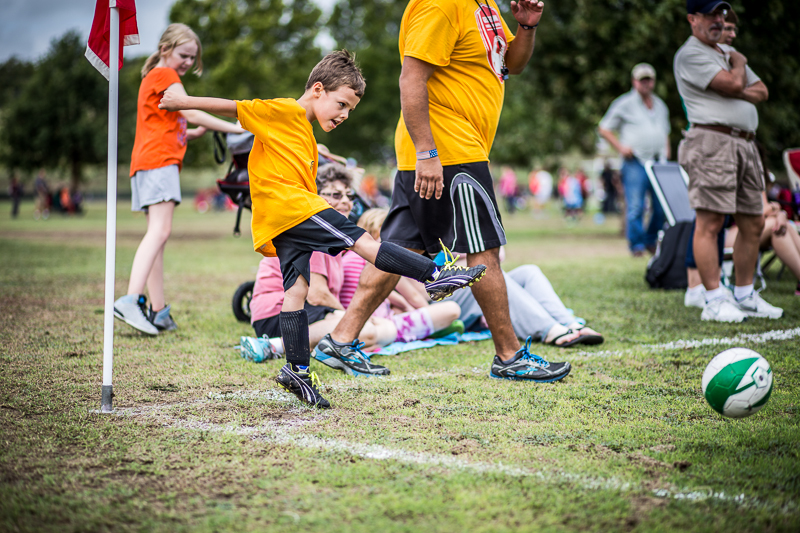 Drew and I were proud parents.  We were so happy to see Luke work hard, be brave, hustle and be competitive.  A couple of parents and grandparents told us we had a superstar.  I am just so happy he really enjoyed it and had a blast, instead of being afraid as he was the first season he played.  I was that mom who was yelling on the side line---"go Luke!",  "Take the ball!",  "Turn it around!",  "Shoot it!"  I kind of wish I was on the field.  It was so much fun to watch!  The game was very competitive and Luke scored a goal.  They actually don't really keep score, but you know us parents do.  The score was 1-0.  Last year, the score was 22-0 (in favor of the other team) for the first soccer game of the season.  It is a lot more competitive this year.  And, it is only the beginning of the season!  Woo hoo!

Labor Day has actually been a fairly laborious one for us.  But, no worries, we managed to have quite a bit of fun and get in a tiny bit of rest this weekend.  Plus, we got to celebrate Drew's birthday over this long wonderful weekend. 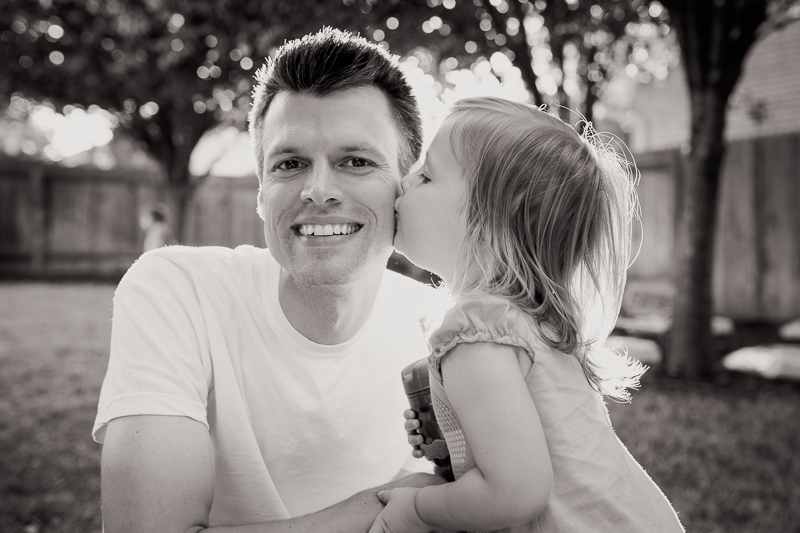 Anyway, I figured it would be a good idea to type up a quick blog post about what we have been up to lately, since it has been too long since my previous post.  So, here it goes.

Drew:
Drew is still working a TON of hours.  We are hoping his current work project wraps up soon, so we can have a little more family time.  Although he has been working a lot, we are also very thankful for his job.  We just make sure we get as much Drew/Daddy time in as possible when we can! 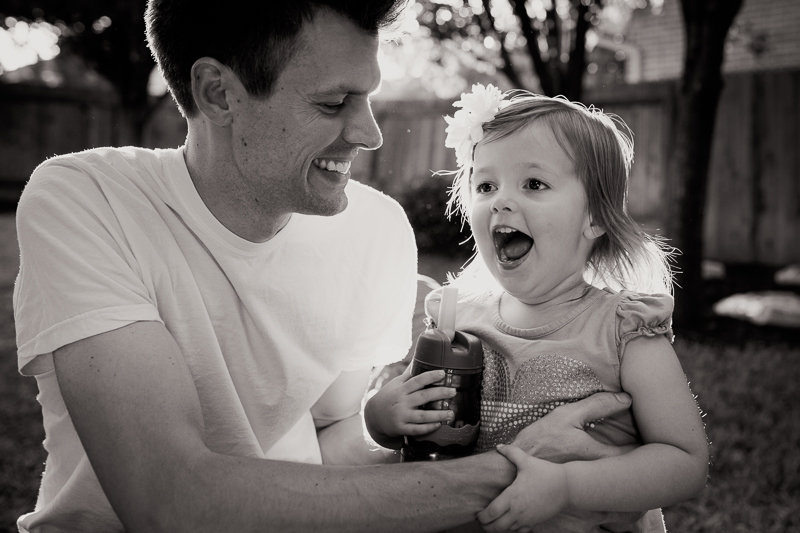 Me:
Health-wise:  I have been getting a monthly shot to shut down my ovaries.  This has, of course, put me into menopause--which is no fun as a 30-something gal.  In addition, I am taking a new medication that, basically, searches for and gets rid of any lingering estrogen in my body.  I am not a big fan of this treatment, since I am realizing estrogen does a lot of great things for a gal's body.  This post-cancer treatment has a way of removing every part of me that makes me feel womanly.  But, I am also very thankful that I am alive and that I have such treatment options.   I am still trying to decide whether I will have a surgery to remove my ovaries (in lieu of getting the shot every month for 10 years to shut down my ovaries).  The surgery to remove my ovaries is obviously a permanent thing--which is why the decision is so tough.  Also, I am trying to decide whether to attempt some sort of breast reconstruction. I have seen a few different plastic surgeons, and non of the options are appealing to me.  For now, I am just going to wait until I feel like one of the options seems like the right one.  The other tough thing is that obviously, these surgeries will involve more lifting restrictions.  Since we don't have family in town, taking care of the kiddos while trying to heal may be tough.  Decisions, decisions.

I am looking forward to getting back on a routine/schedule this coming week.  We had a pretty relaxed schedule for the summer, but now it's time to fit in daily homeschooling (we did it sporadically over the summer), Bible Study (through Bible Study Fellowship), exercise, meal planning, AWANAs for both Luke and Abbey, and soccer for Luke.  We are also looking for a music class for Abbey, since she has expressed interest in that.   At the same time, I am trying to plan less unnecessary trips away from home, so we can get on more of a routine around the house. 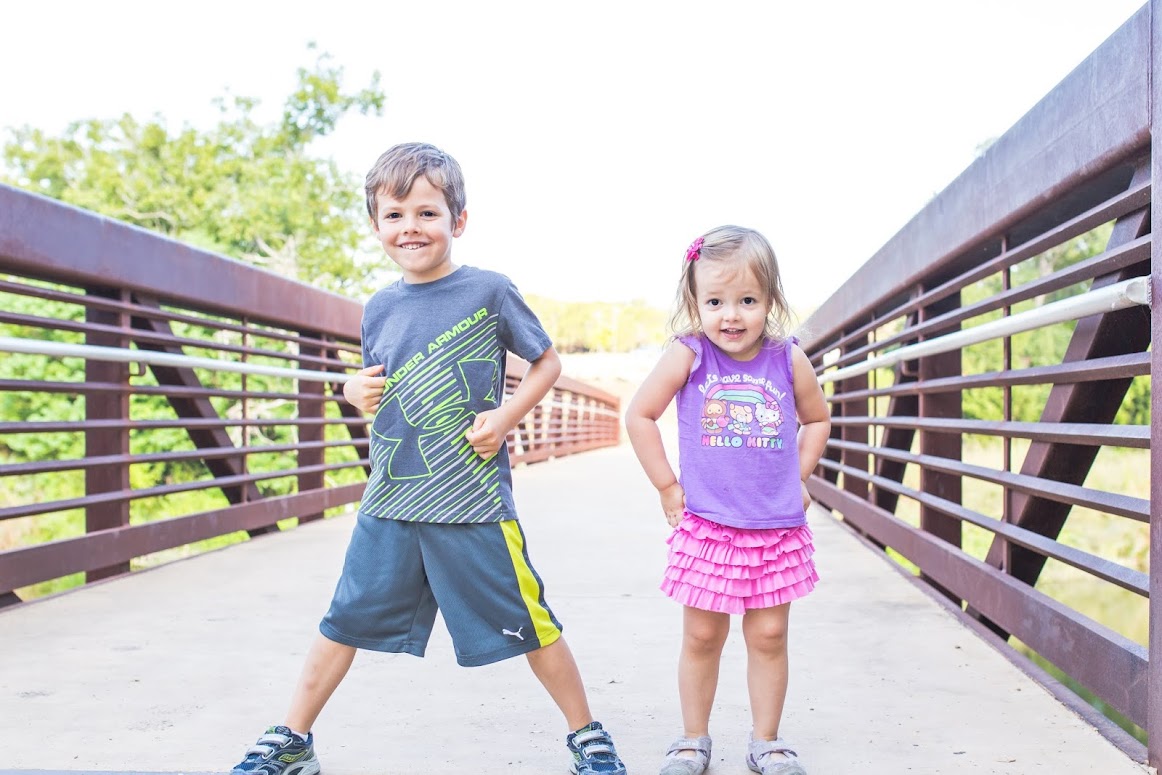 Luke is growing up too fast!   I am hearing a lot more comments on "how tall he looks".  Also, I took him to the dentist a couple of months ago, and the dentist told me he already had his 6-year molars in.  What?  Luke was 4.5 at the time.  They also told me he had a couple of loose teeth, and would likely lose one before his 5th birthday.  They were right!   Luke lost his first tooth last week. 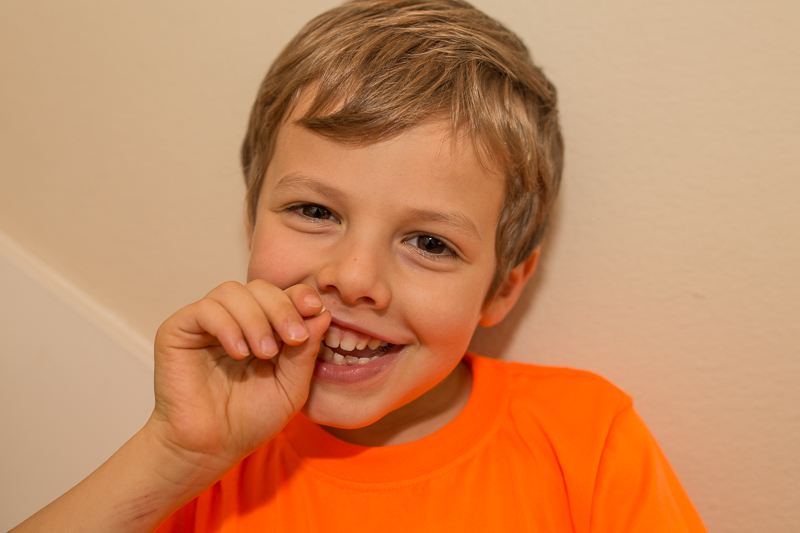 Something interesting is that Luke's permanent tooth grew in right behind the loose baby tooth.  So, by the time he lost the baby tooth, his other one was right there, already in.  Luke was super excited about losing that tooth.  Since it has been loose for so long, there was a lot of anticipation over it.

Luke is such a sweetie pie who loves his sister.  He told me once that he was concerned about her getting new friends, because then she wouldn't like to play with him as much.  He wants her all to himself!  Drew also told me a sweet story about a trip that he and Luke took to the grocery store yesterday.  As they were leaving the store, Luke noticed the little toy machines (you know, the little dispensers that give you a tiny toy such as a crazy ball, tattoo, gum, etc. when you place a couple of quarters in them and turn the knob).  Later that night when Drew was putting Luke to bed, Luke told Drew that the next time he went to the store, he was going to bring his money so that he could buy one of those toys.  Drew replied, "Luke, I don't know that you would want to spend your money on one of those toys--you probably wouldn't play with it very long."  Luke replied, "But, I saw a jewel that had gold on it and I thought Abbey would like it."  The sweet boy was going to buy his sister a gold jewel with his own money.  Oh--be still my heart! 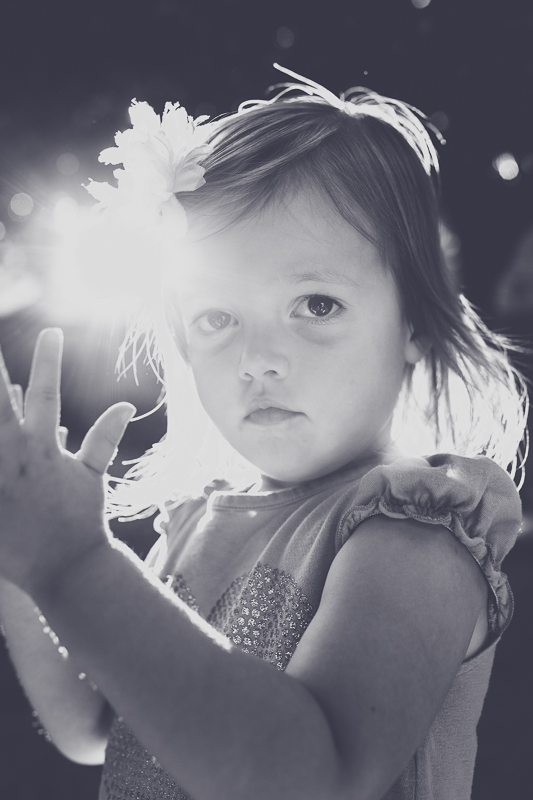 Abbey has been super sweet as well.  I feel like we are towards the end of what some folks title the "terrible two's".  (By the way, I really don't like that term, because I just absolutely love this age).  She has learned how to sooth herself when it comes to not getting "her way".  For example, if she asks for something and I tell her "no", she usually asks a couple more times.  Then, she realizes I won't change my mind, and she runs to a very specific location in our home to quietly pout.  The pouting takes about 25 seconds.  Once she is done, she comes back to wherever I am (usually the kitchen) and has a brand new attitude.   Sometimes, she even apologizes for how she acted.  Either way, she is now her joyous, happy self.  I feel like her ability to sooth herself is another sign of her growing up as well.  Watching them grow up is such a bittersweet thing.

And, the girl has a lot of personality--but I love every piece of it! 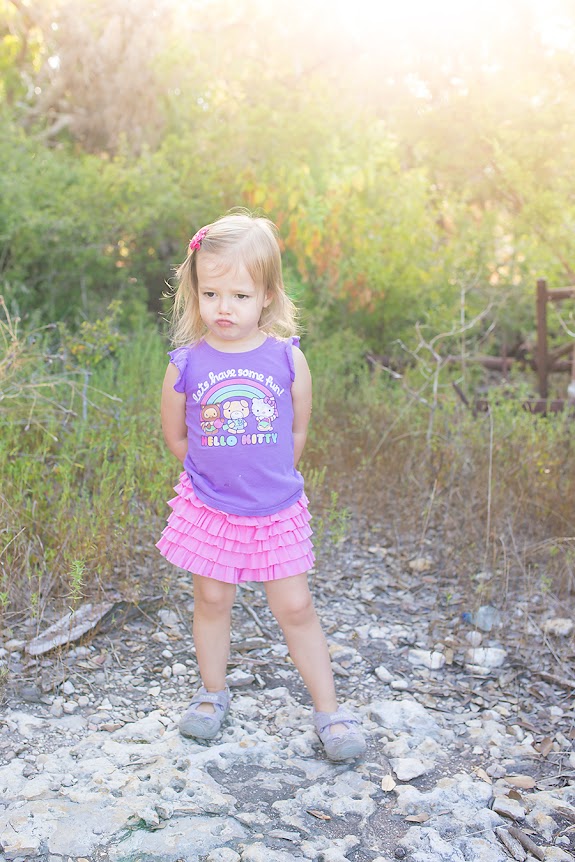 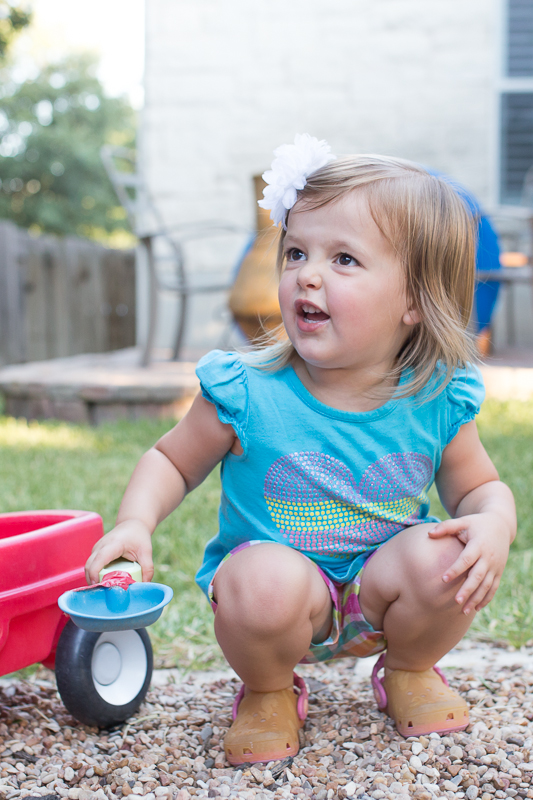 Now, on to some of the fun we had this weekend.  We explored a new area of our town on Saturday morning. The city put in a new "boardwalk" space around the lake in the center of town.   We enjoyed exploring it together as a family. 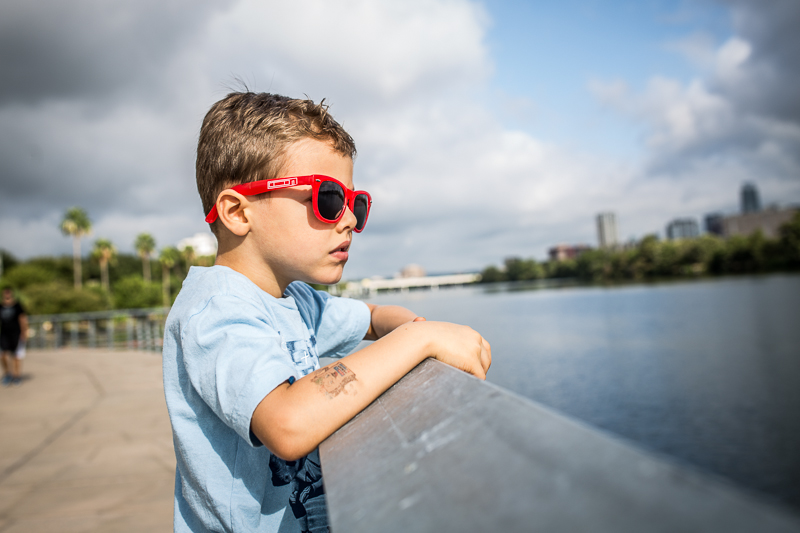 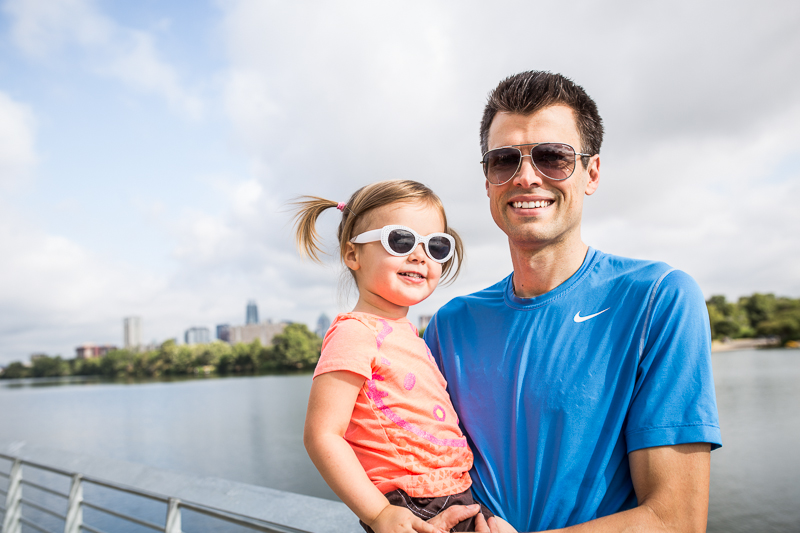 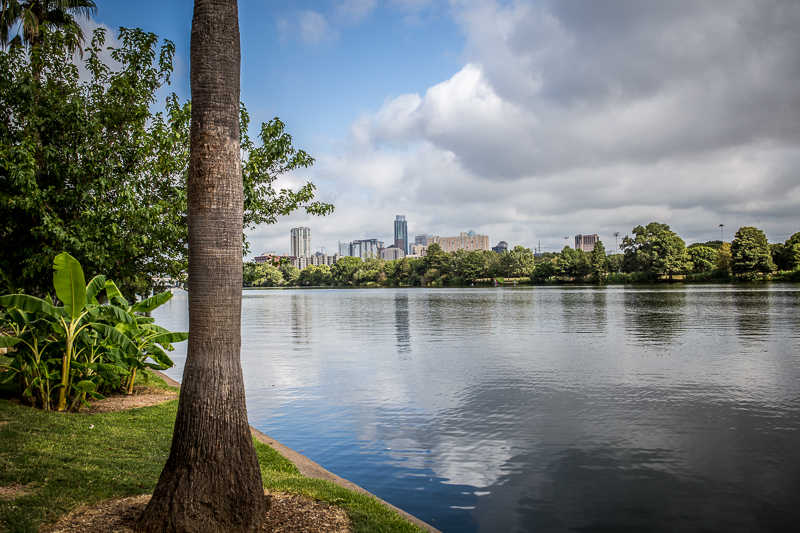 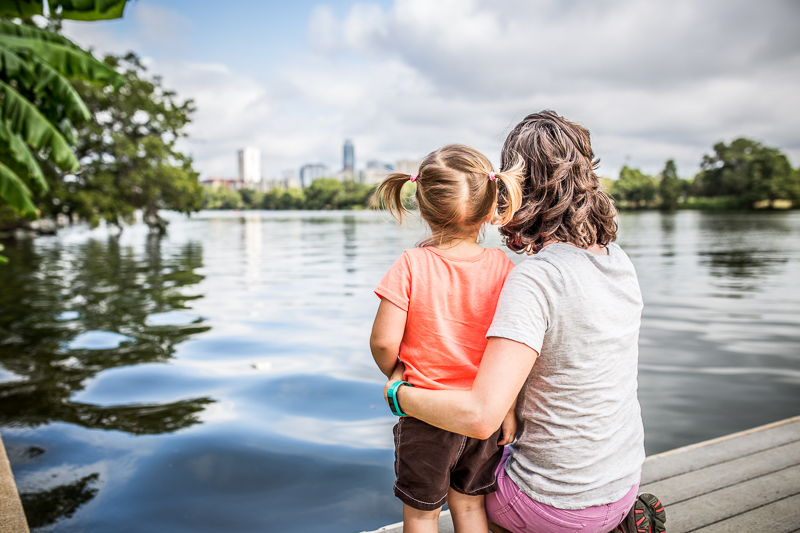 I am looking forward to riding our bikes, along with the kids riding theirs, on this boardwalk someday.  Also, it is fun to think about being able to kayak and canoe and stuff like that with them in the lake since they are getting a bit bigger.  Like I said, watching them grow up is just so bittersweet!