At the end of year Awana cubbies party, Luke got a special prize for doing all his extra credit work.  In addition to his prize he got to select with his regular Awana dollars, he also got a "bubble blaster".  The kids were super excited about it.  So, the next morning after Awanas, we headed outside onto our driveway and tried it out.  They had a "blast." 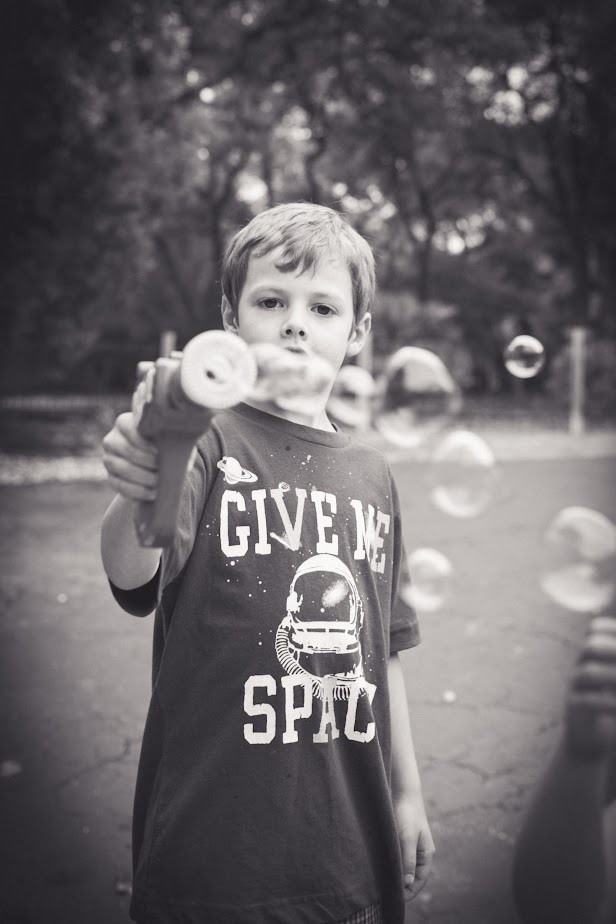 Earlier that morning we had gone to the pool store for some chemicals.  I had a great coupon for $15 off if I spent a certain amount, plus a coupon for buy one get one free pool noodles.  I needed to spend just a couple of dollars so I could use the $15 off coupon and guess what was sitting right by the register and happened to be that amount? ...the buy one get one free pool noodles.  I grabbed a couple of the noodles, which quickly got confiscated by the kids.  The kids then began using them as swords in the pool store. I was a bit embarrassed, but the pool store employee reminded me, "You had to know they would be using them as anything but pool noodles, right?"  He was so right.  Those things have been used in so many ways--none of them how I am sure they were intended to be used.  I guess it's good my kids are creative though.  The pool noodles happened to be sitting in the garage within sight, so the kids took a bubble break and began fighting as knights with them again.  Then, when I pulled the bubble blaster back out, the noodles became a wonderful tool for popping bubbles. 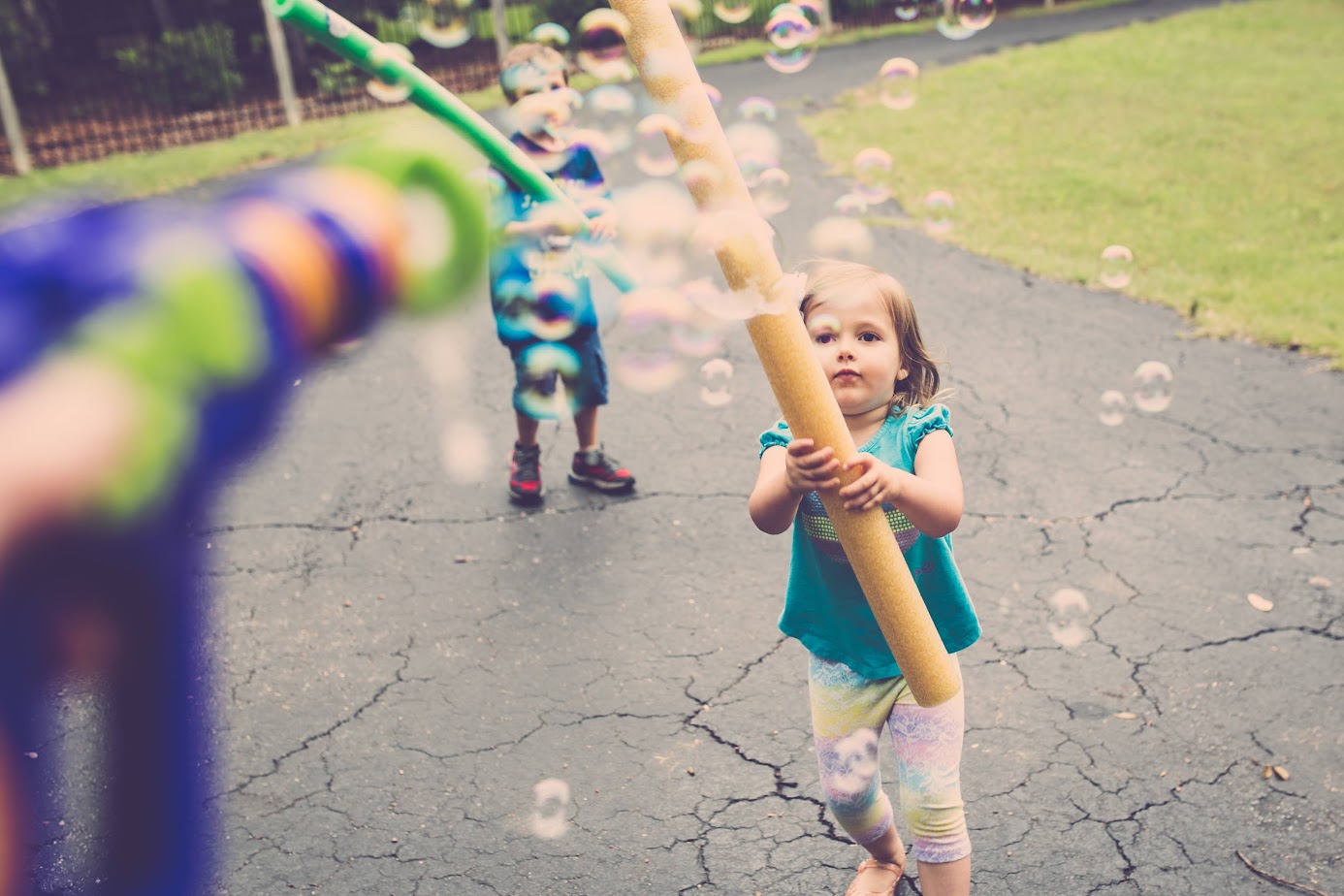 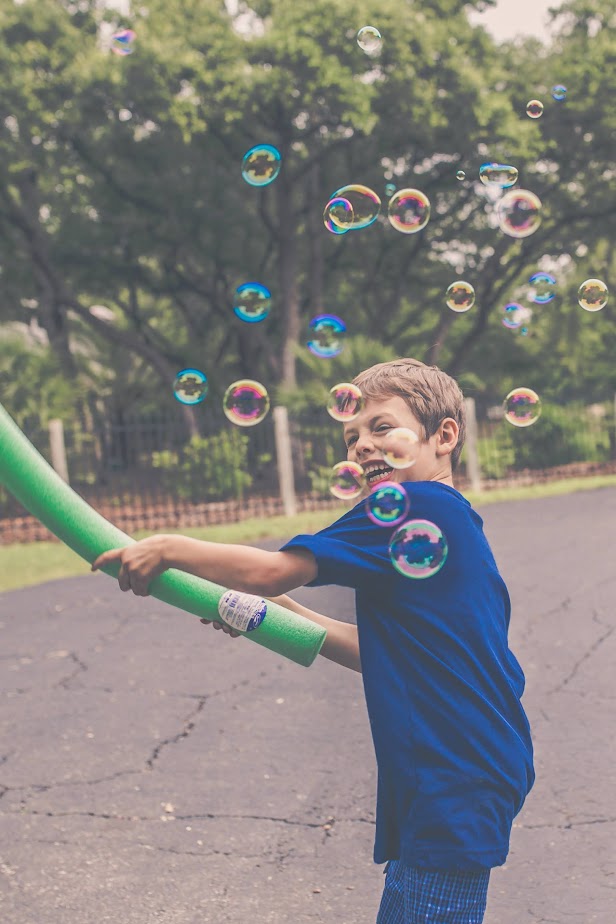 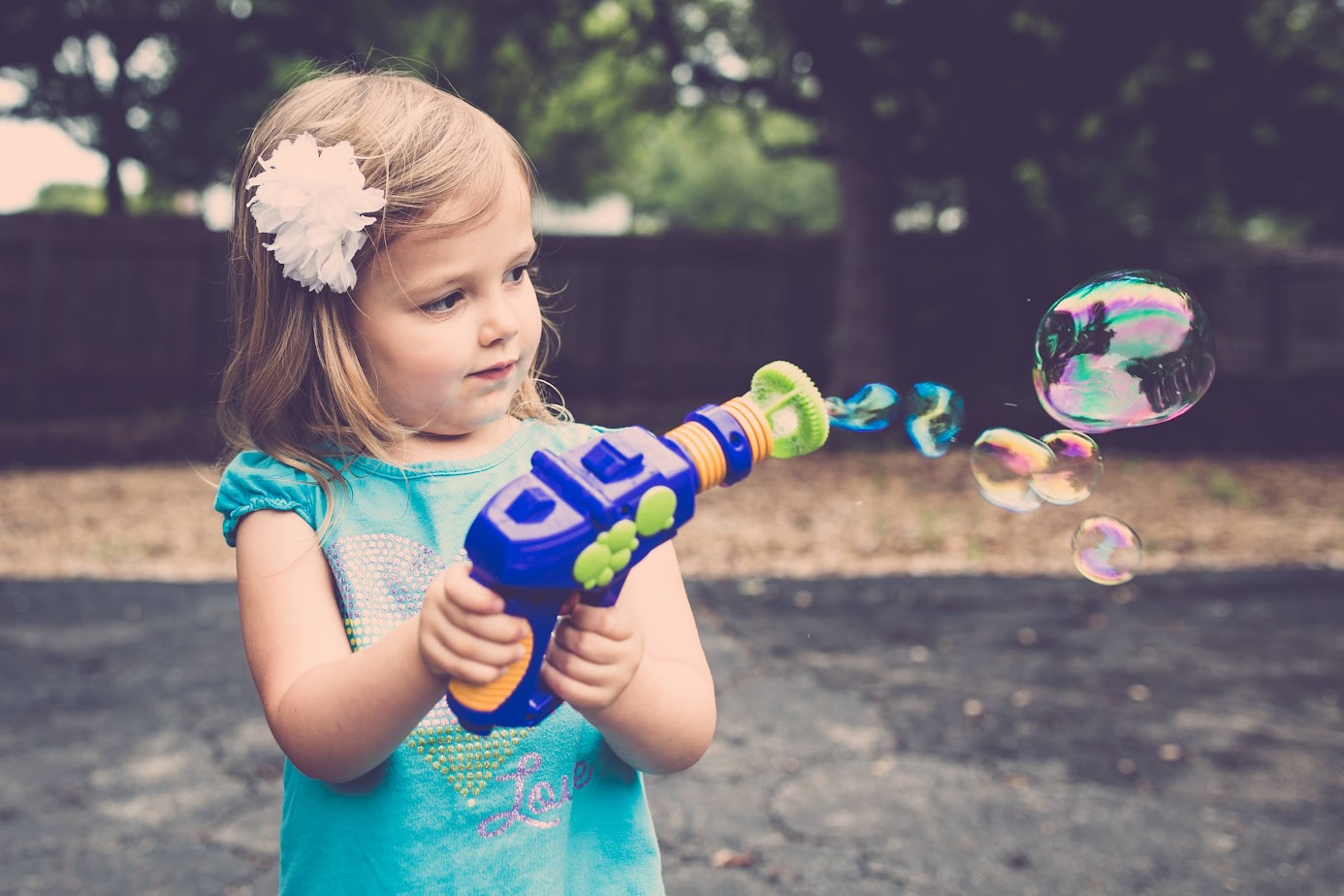 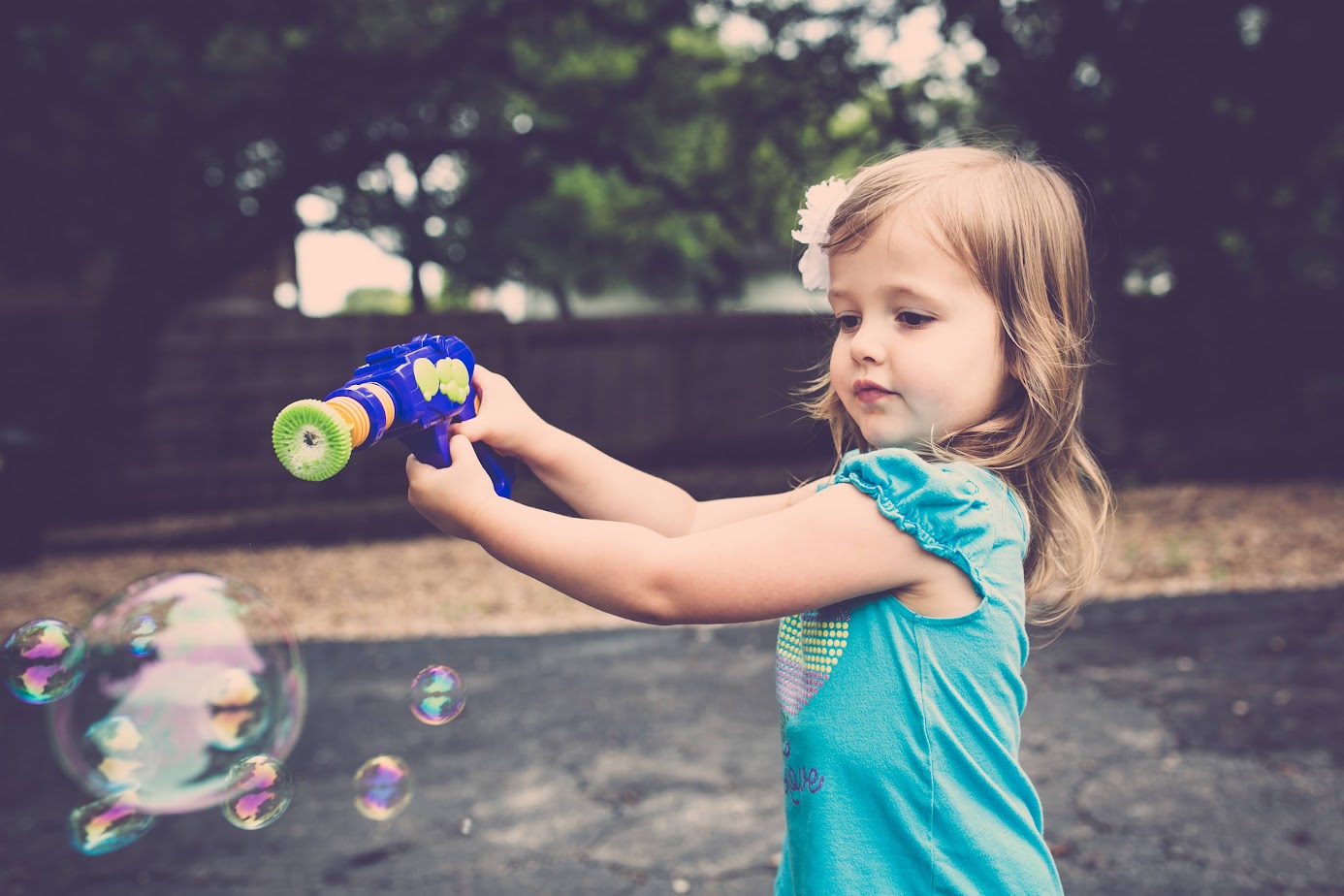 We also recently checked out a new park.  I had offered to capture some photos for a friend as a baby shower gift.  She recommended a park that she frequents and it was one to which we had actually never been.  I planned on just arriving a little early to check it out, as I always like to do thorough location scouting before shooting pictures for someone other than my immediate family.  But instead, the kids and I headed to the park that morning for a little adventure.  We didn't get to stay that long, because the kids got hungry (and a bit hot), so I ended up getting there a few minutes early before the shoot and scoped it out a little more thoroughly.  Here are some pictures though from our little trip there the morning of the photo shoot. 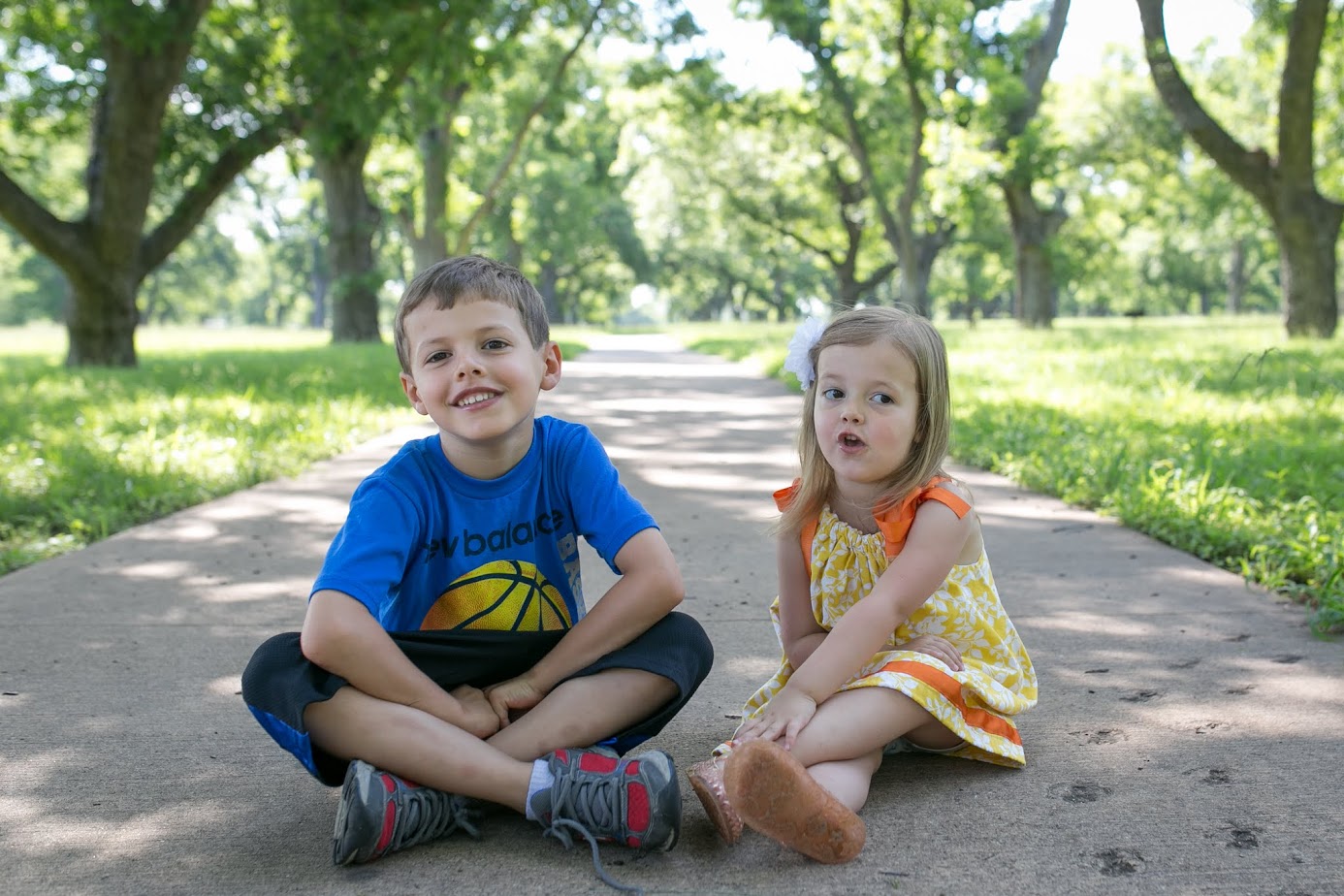 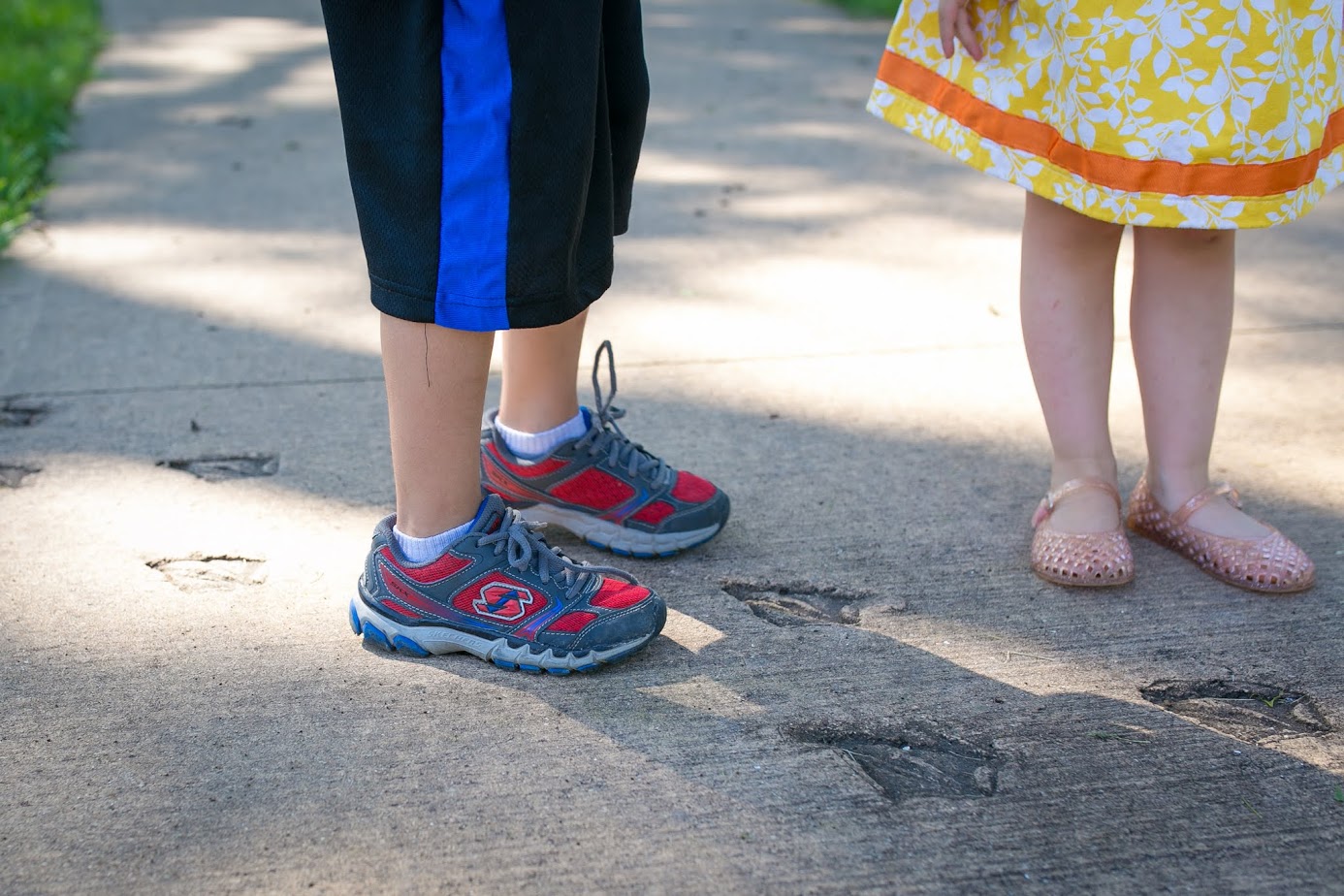 Of course, once they found the playground, we were there the rest of the time.  So, we are going to definitely head back there soon and explore more.  I found some beautiful areas there while shooting photos for my beautiful friend.  I am excited for how they turned out too--and I hope she enjoys them as well.  :-)