We have a couple of swimmers! 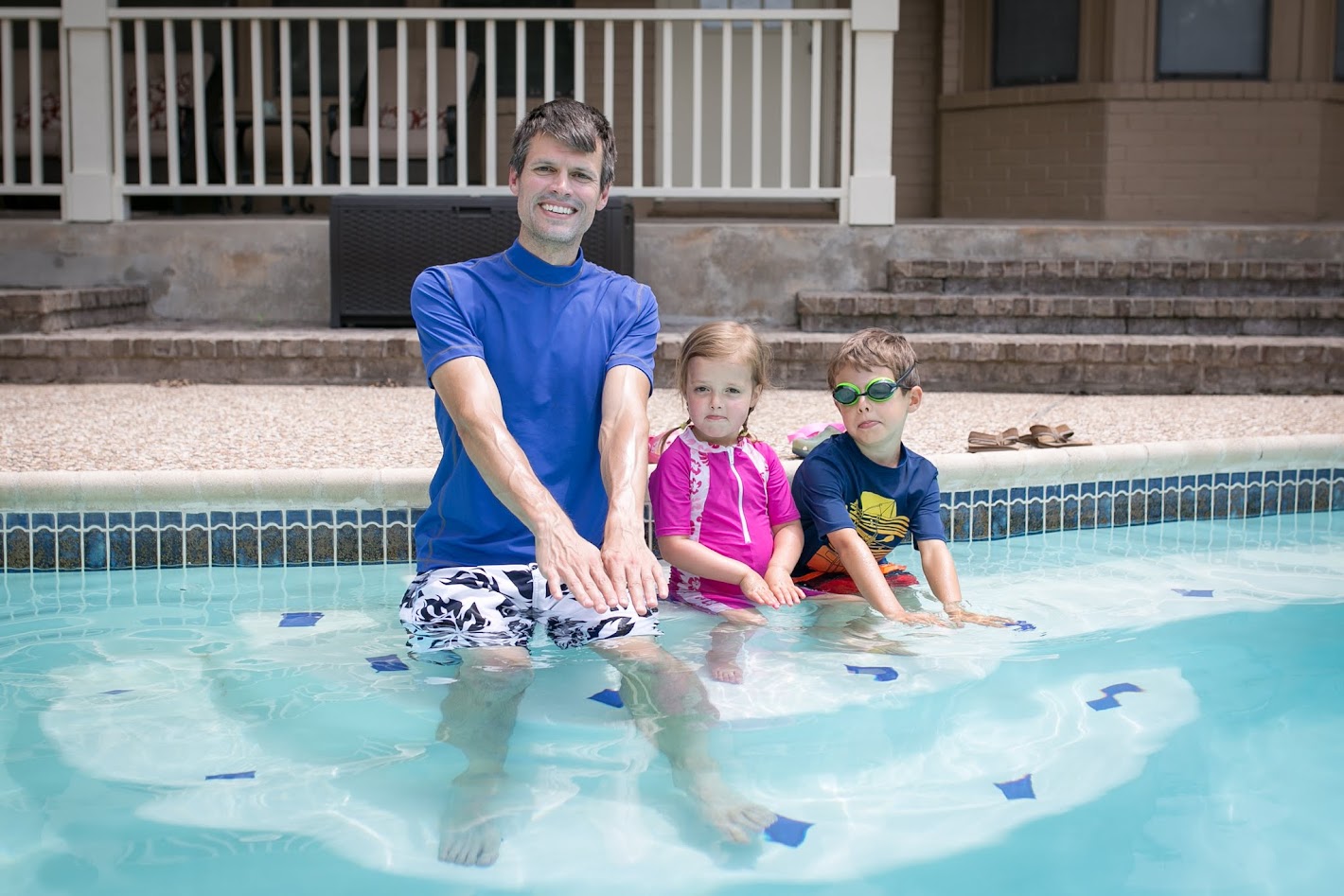 We moved into a home that has a pool in mid-March.  Since then, I have been eagerly awaiting summer, so we could quickly teach the kids how to swim.  I want to make sure that they are extremely confident, in case they ever fall in accidentally and an adult is not nearby to save them.  Of course, we have many rules about the pool, including the most important--which is they cannot go near the pool unless Drew is or I am out there with them.   I began asking friends for recommendations of swimming lessons and instructors, and very quickly decided that the best method for learning swimming is one where the kids have lessons daily for at least a couple of weeks.  Having the lessons daily speeds up their learning--which is a good thing since I want them to be able to enjoy the pool all summer safely.  Also, class size was important to us.  So, Luke and Abbey began lessons a couple of weeks ago with a highly recommended instructor (thanks, Nikah for the recommendation!)  Luke and Abbey shared the daily, private 30-minute lesson for two weeks and we are very pleased with the outcome.

When Abbey and Luke first began swimming, they had only swam in our pool 3 times.  Sadly, they had only been swimming a few times more than that in their lives.  So, they literally went into the lessons with no knowledge of swimming.  Abbey was terrified to go under the water, while Luke was excited about it.  The first couple of lessons, their instructor, Miss Joy (who is AMAZING by the way) worked with Luke and Abbey on gaining their trust.  They also pretty immediately were dunked under water to see if they could hold their breath.  Both were successful at that (although that freaked Abbey out even more) and so they got to move on to the next step.  Over the last couple of weeks, Luke and Abbey learned to swim under water, dive for diving toys, jump into the water and get back to the side of the pool and get out.  Luke also learned to take a breath while continuing swimming, although we are still working on that.  They also learned to float on their back and swim a little on their back (although we are still working on that as well).  Luke is actually a very strong swimmer already.  Abbey loves to glide under water, but we are working on her ability to move at a faster pace than a snail--ha!  Also, she hasn't learned yet how to come back up for a breath and continue swimming.  But, having a pool at our home, they will get plenty of practice and in a month or so, I am sure they will be pros.


Here is a video of the two of them at swim lessons.  Their teacher is in pink and Luke and Abbey take turns swimming to her and back to the step in this video. 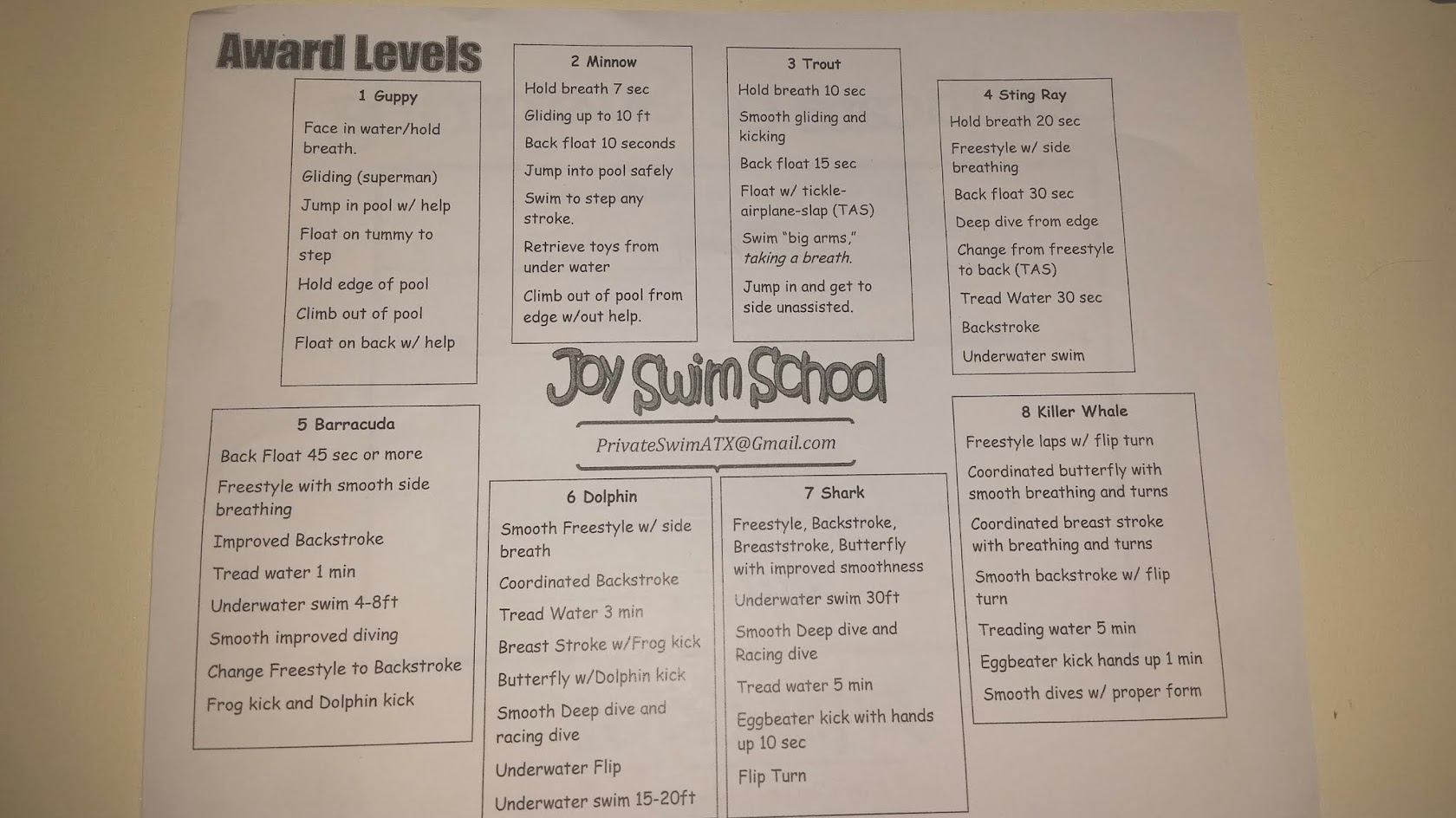 Abbey is no longer scared to go under at all and Luke is a little too fearless.  I think he believes he has become a dolphin--although we remind him he has a ways to go, still having a lot to learn.   :-)  I took a little video last week of the kids swimming to Drew in our pool.  They were excited to show daddy some of their newly learned skills. Drew didn't get to see them at their lessons, and so he wasn't sure of what they were capable.  He was pleasantly surprised.  You can tell in the video though, he is still very cautious of letting Abbey swim and gives her some pretty big pushes to the steps.  That is a good protective daddy though.