Lego camp for Luke and Abbey Time for Me

Several months ago I signed Luke up for his first ever Lego robotics camp (starting on July 20).  So, he has been anticipating the start of camp for quite some time.  On Monday, that time arrived, and he began "lego camp."  At lego camp, he was with kids aged Kindergarten through third grade and they collaboratively used the "Wedo" robotics kits.  Each day they built at least one pretty difficult robotics project.  And, the first 15 minutes and last 15 minutes were used as "free build" time.

While Luke was at camp, I enjoyed some special one-on-one time with Miss Abbey.  It is rare that I ever get time alone with her, so we both really enjoyed it.  After we dropped off Luke at Lego camp on Monday, we headed back home and had a little tea party in her bedroom together.

Luke was beyond excited when we picked him up on Monday--not because we were picking him up, but because he was having a BLAST!  All of the other children were on the floor doing their free build projects.  But Luke was so enthralled by the robotics project that he was still programming his project to do various things on the laptop.  I didn't event know he knew how to use a laptop mouse.  I guess he picked it up pretty quickly.  This is what he programmed the first day:


He also programmed and built a chomping alligator, a carousel, a ferris wheel and a roaring lion later in the week.  Here are some photos, and a video of the ferris wheel he built. 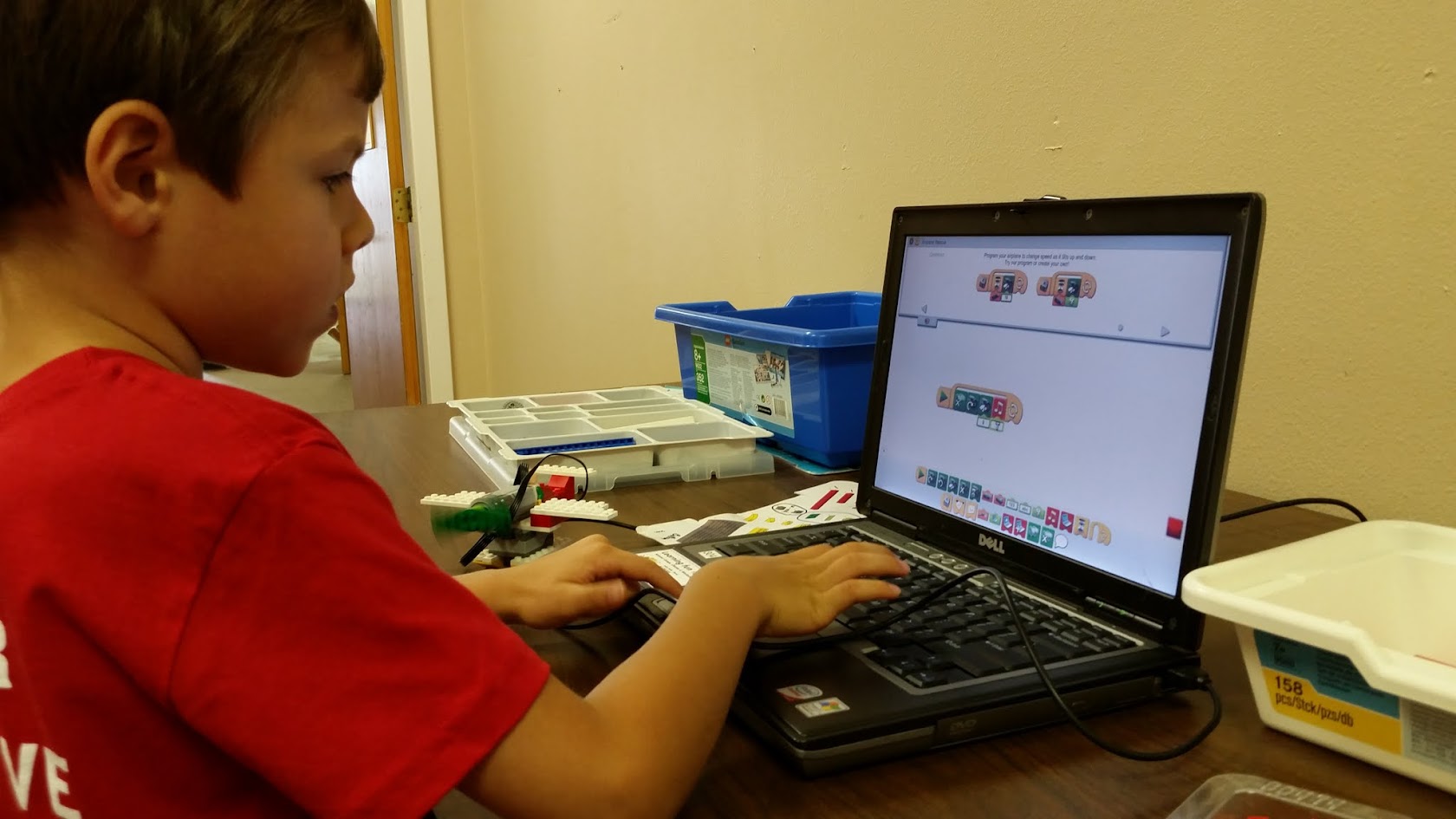 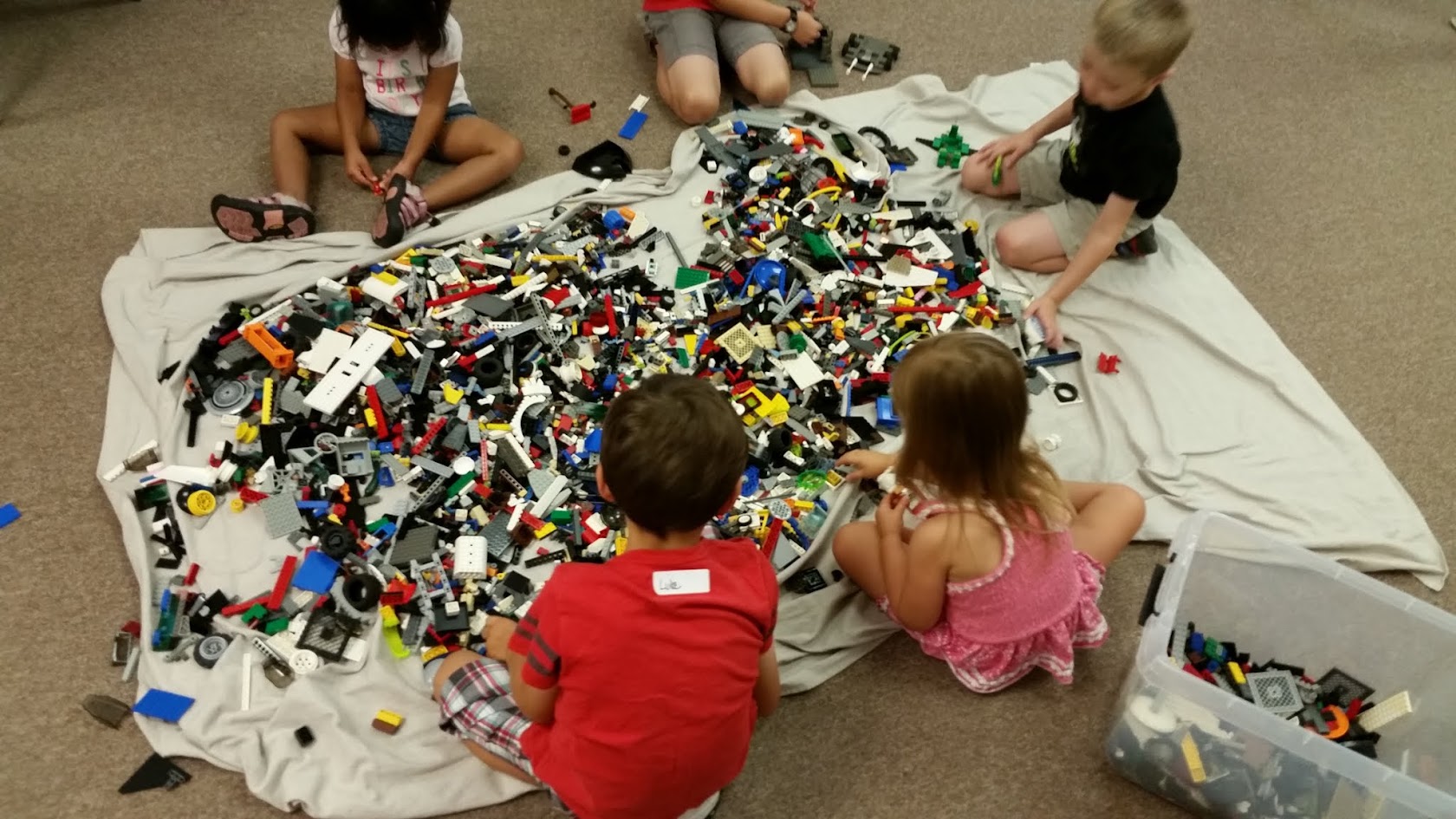 Abbey and I had a great time on Tuesday at our favorite bakery and then the Thinkery (our local children's museum). 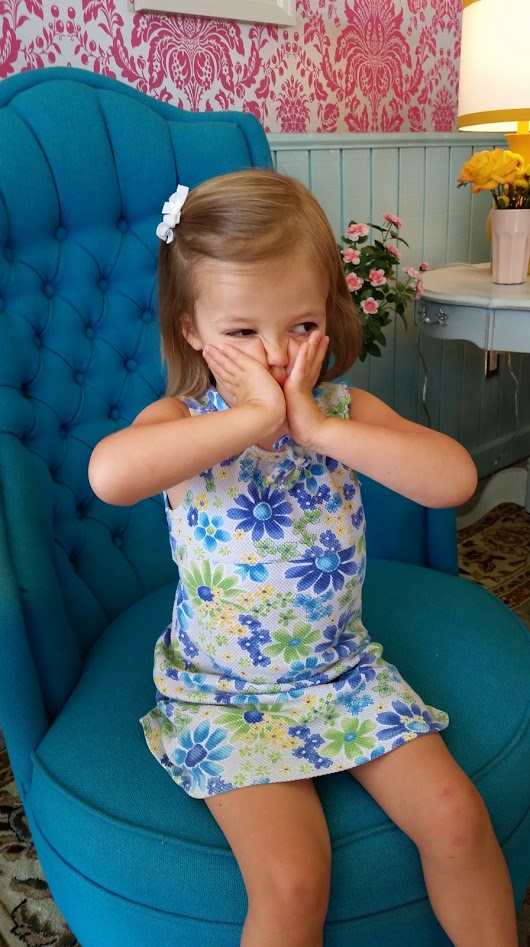 It is a totally different experience when I go with just Abbey to the Thinkery vs. going with Luke and Abbey.  When we go with Luke, he could stay in one area building something for hours.  He is definitely our little engineer.  Abbey also loves to build, but spends more time painting and pretending at the grocery store and kitchen. 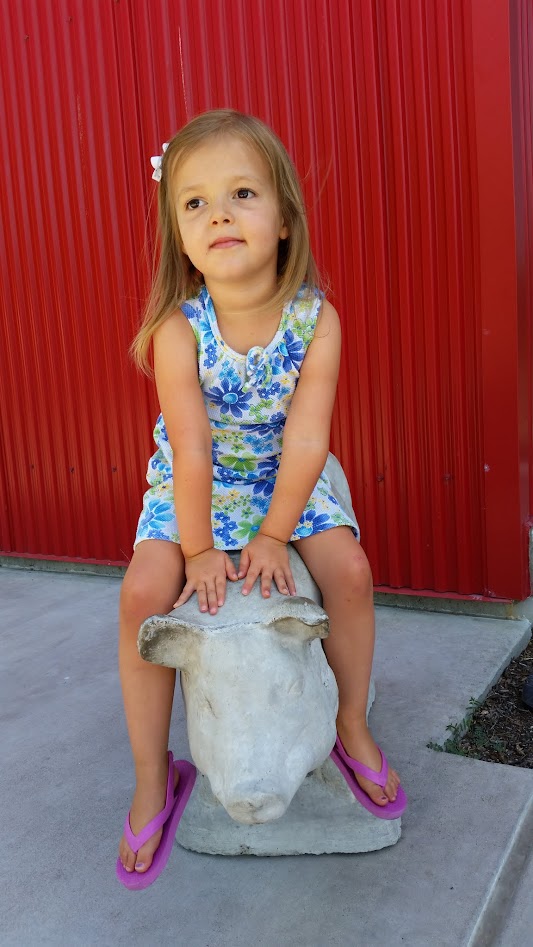 On Thursday when I picked Luke up from lego camp, I reminded him that the next day, Friday, would be his last.  He was so sad.  He said, "But I want to go for 100 more days.  And, I will miss my teachers."  That kid is so sweet!  In fact, his teacher told me pretty much every day, "Luke is just the sweetest boy--so obedient and kind and works well with everyone."  That warms a momma's heart!  When we got home on Thursday, Luke asked if he could make a card for each of his teachers.  He spent so much time on them, wanting them to be just perfect.  On Friday, when I picked him up from camp, he was so sad--almost seeming depressed.  His teacher said he was literally in tears because he had made a robotic carousel and really wanted to show me, but the teachers asked all the kids to take them apart before parents arrived.  On the previous days he got to show me what he built when I picked him up, so he was saddened that I didn't get to see his most favorite build.

I felt so badly for him that he ended the day sad.  But, once I told him that they actually make those lego kits that you can buy, he perked up.  I think he is hoping for something like that for his birthday now, ha!  It was such a great week.  Luke had "super fun" (in his words) at Lego camp, and I had some great special time with Abbey.