Our One Day Vacay!

Drew and I were talking recently about vacations and realized it has been about 5 years since our last "vacation" (meaning a trip we go on to explore a new area and doesn't involve mainly visiting family.)  We love our families a ton and we usually spend a lot of our time off visiting them; and then we use the other days just taking care of stuff (appointments, etc) around our town.   When we travel to Oklahoma, two of the vacation days are spent traveling, so that uses up a lot of the time.  Anyway, we had planned long ago that when we visited my parents and family in Oklahoma for the big Independence Day extravaganza, we would take an extra day or so and stop somewhere along our route for a little exploration.  We drive right through the Dallas/Fort Worth area, so decided to pick either Dallas or Fort Worth for our one day excursion.  There is so much to do in those areas!  It was so difficult to choose where to spend our time for the one day--do we go to the awesome looking Perot museum, Legoland, Great Wolf Lodge, one of the popular Zoos, botanical gardens, etc?  We finally decided on Fort Worth, because although Drew and I have actually been exploring in Dallas, neither of us had ever explored Fort Worth.  So, we planned our trip a couple of days out from our departure; ha--we have been super busy!  We decided to go to the zoo (it's half price on Wednesdays), then check out the stockyards, eat at a good restaurant and maybe check out the botanic garden.

The trip was such a success.  We all had so much fun and it was a great break for just one day with all the stuff we have had going on lately.  We always said after I finished chemotherapy, surgeries and radiation we would plan a fun trip to celebrate.  Well, that never happened.  Life happened and so vacations did not.  This little taste of a vacation definitely left us yearning for more time like this.  Some day, we would love to take a couple of weeks off and just drive around to different parts of the country to explore.

We left early Wednesday morning last week and headed straight to the Fort Worth Zoo.  We arrived around 10:20 and there was a huge line of vehicles waiting to enter the Zoo.  But, we were able to get a great parking spot, and the crowds were not bad at all the rest of the day! 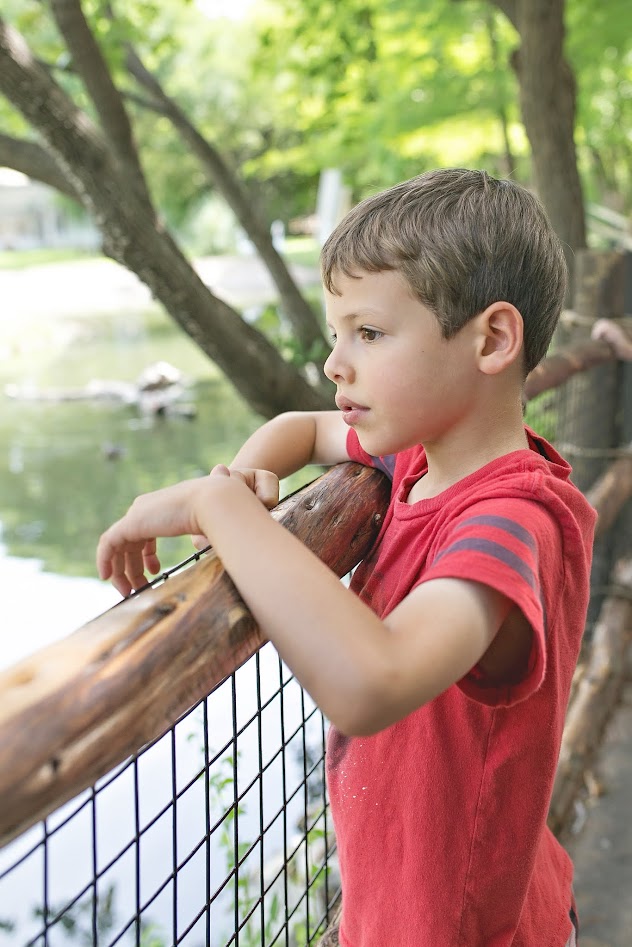 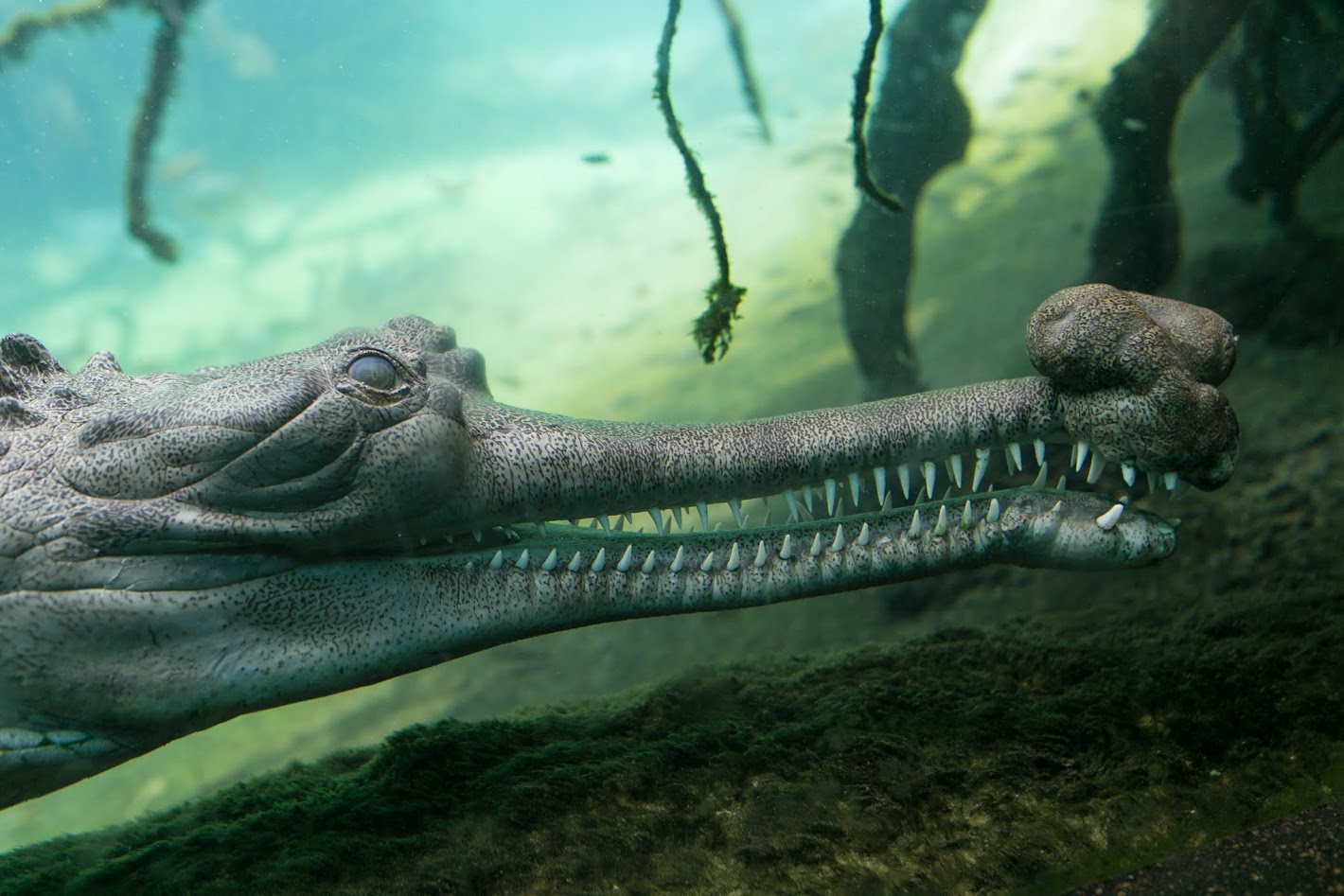 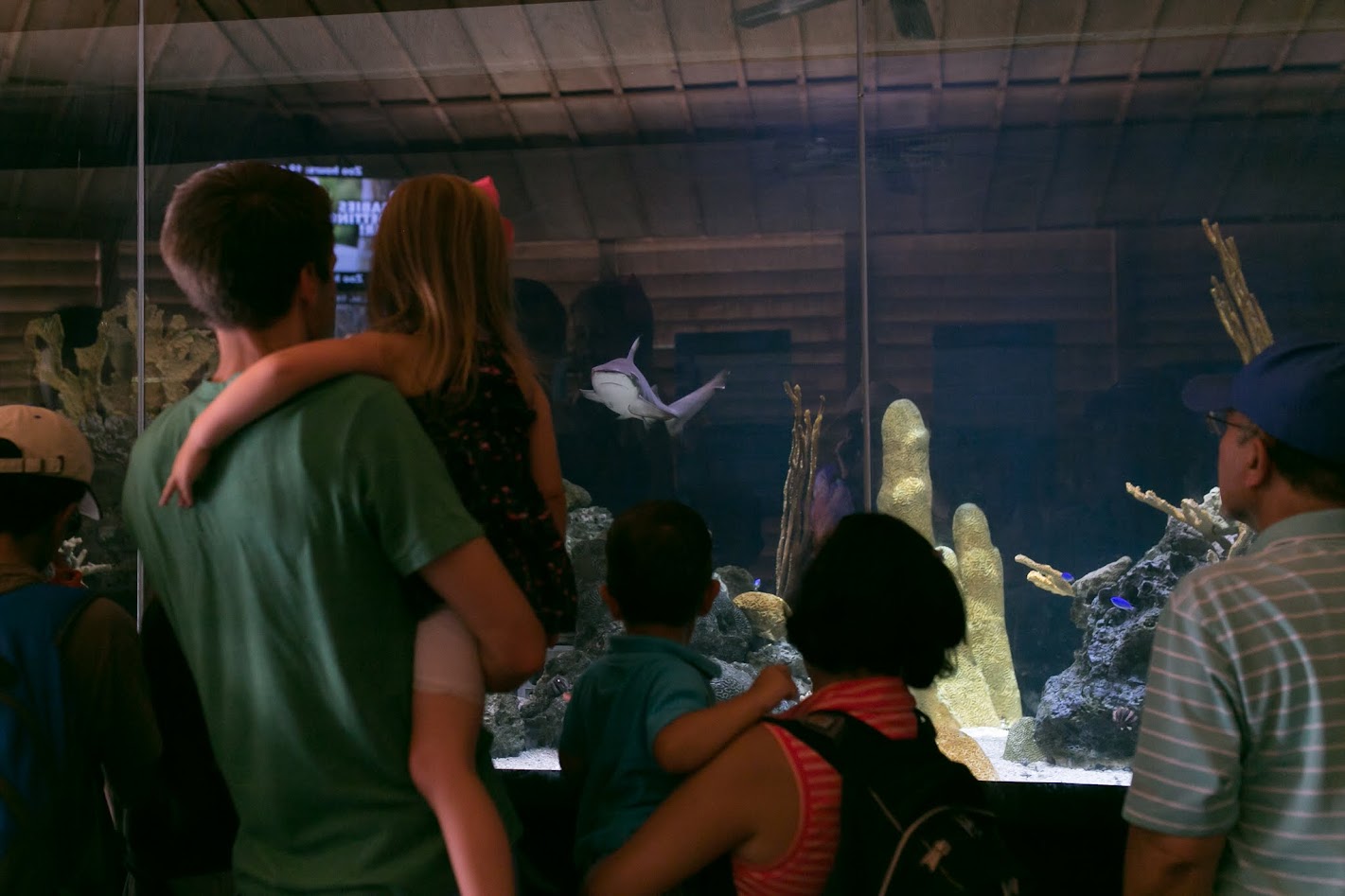 The kids were so excited about checking into the hotel.  The last time Luke was in a hotel, he was a baby so he doesn't remember what a hotel was like.  He asked on the way there, "Are Abbey and I going to sleep in the same room as you?  How are Abbey and I going to sleep in the same room as you--don't you usually turn the tv on after we go to bed?"  Ha!  And then he asked, "so are Abbey and I going to sleep in the same bed?"  When we replied with a, "yes", both kids got even more excited.  The idea of the hotel may have been the thing they were most excited about on this trip.  So, after the zoo trip, we checked into our hotel room.  They thought it was just the best thing ever.  (Let me tell you though--it wasn't!  It was no "Four Seasons, but had a couple of beds and some air conditioning.  Actually, it even had a free breakfast in the morning, so there was that!)  Luke and Abbey were sad when we told them we would be leaving the hotel to visit the stockyards.  "But, what are the Stockyards?" they replied.  "We want to stay at the hotel!"  Based on what they had seen at the hotel, nothing could be as fun as that. So, we left on that note anyway, and headed to the stockyards.  We arrived just in time for a tiny bit of shopping before the cattle drive at 4pm.


After the visit to the stockyards, we traveled to downtown Fort Worth to grab some dinner and check out the area.  All the while, the kids were asking repeatedly, "when can we go back to the hotel?"  Of course, Drew and I were a bit concerned about how the evening would go sleeping all in the same room, so we planned on getting to the hotel just in time for bed.  We hoped that after a long day of lots of fun the kids would be ready to crash.

Thus, after dinner, we did some more walking around downtown. 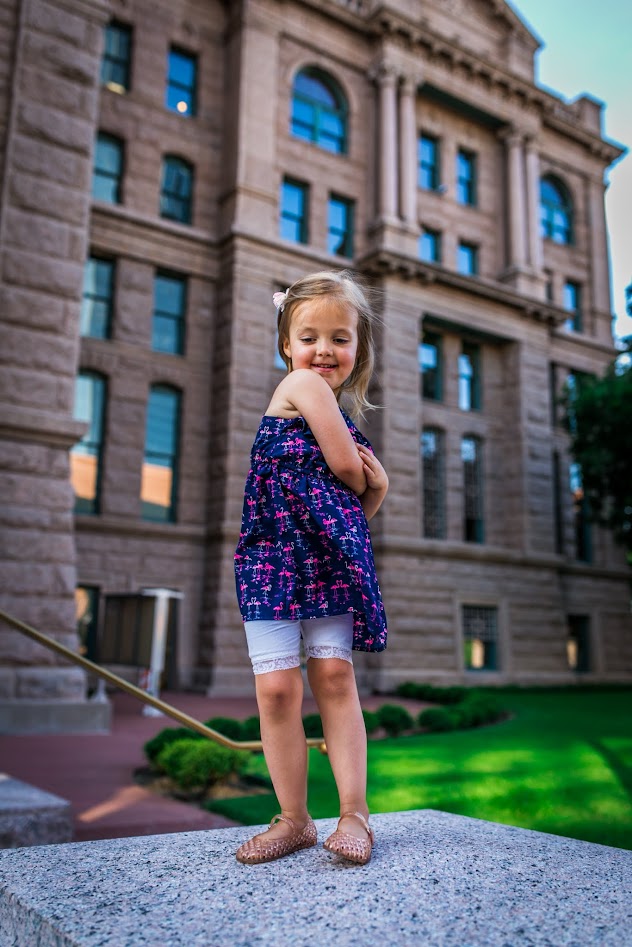 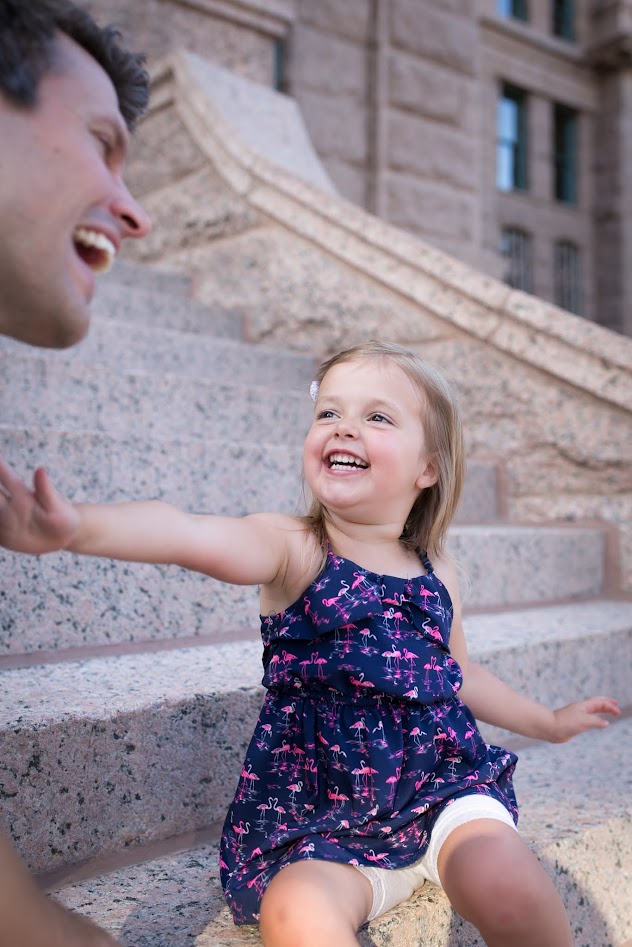 I really enjoyed the downtown area. It was very walkable and there was a lot to do in a small area.  After our downtown visit, we tried to get a little trip to the botanic gardens in.  But, we didn't get to see too much since they closed at 8pm.   Thus, we finally headed back to the hotel, which Abbey called "our bedroom".  The kids were giddy.  There was about an hour of a pattern of talking and giggling and then Luke exclaiming "stop touching me" (followed by Abbey's, "But I am just trying to give you a hug") in their bed before they finally fell asleep.

We left the next morning after eating breakfast and headed to Oklahoma.  We made a stop on the way to visit my aunt, Clara Sue and Uncle, Randy's home/farm as it was on our way into town.  They weren't able to come to the July 4th festivities, so it was awesome to be able to spend a little time with them at their lovely home.  Clara Sue is an amazing cook, and even made us an awesome lunch from scratch.   Then, we got to play outside and had a fun time visiting with them before heading to my parents' house. 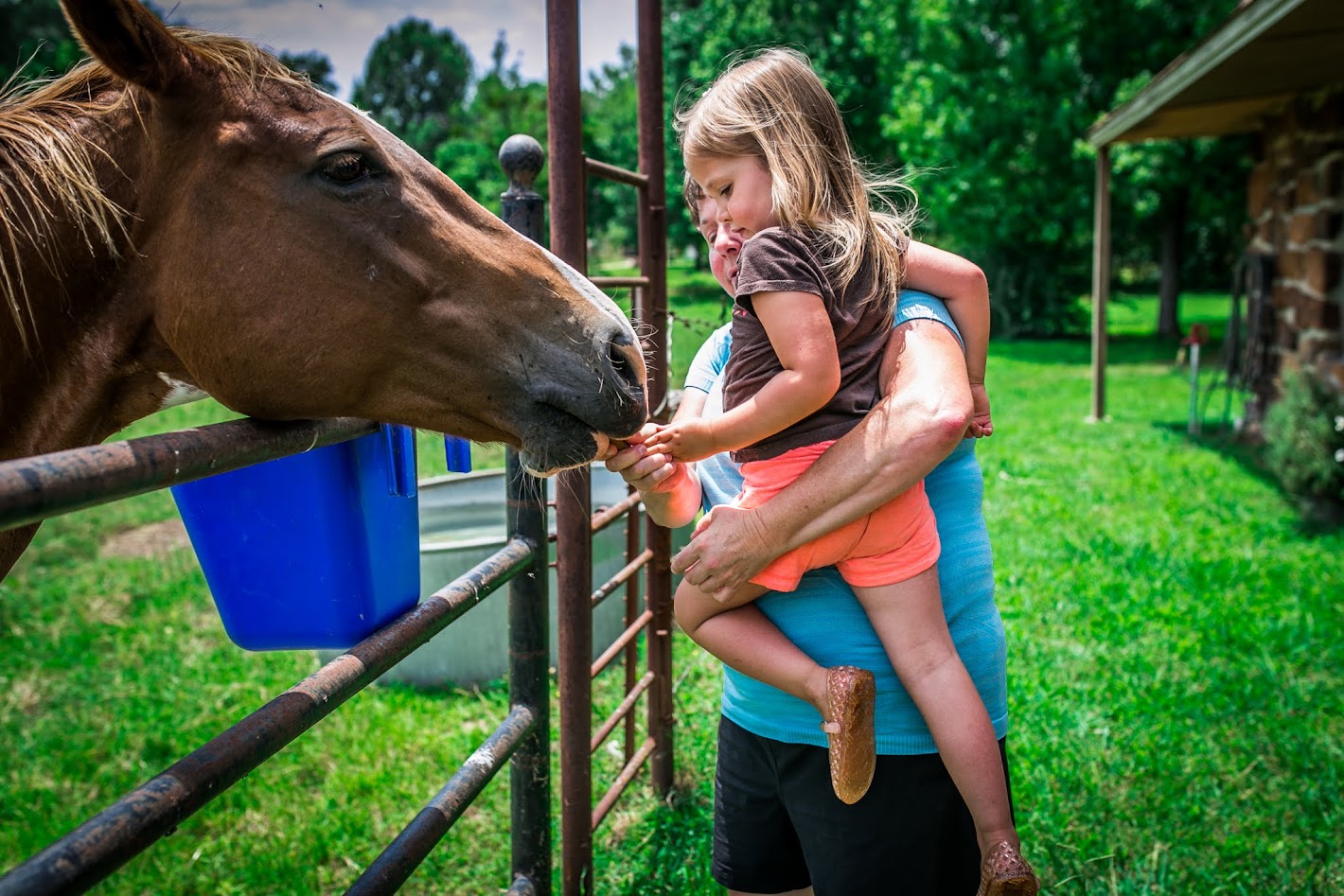 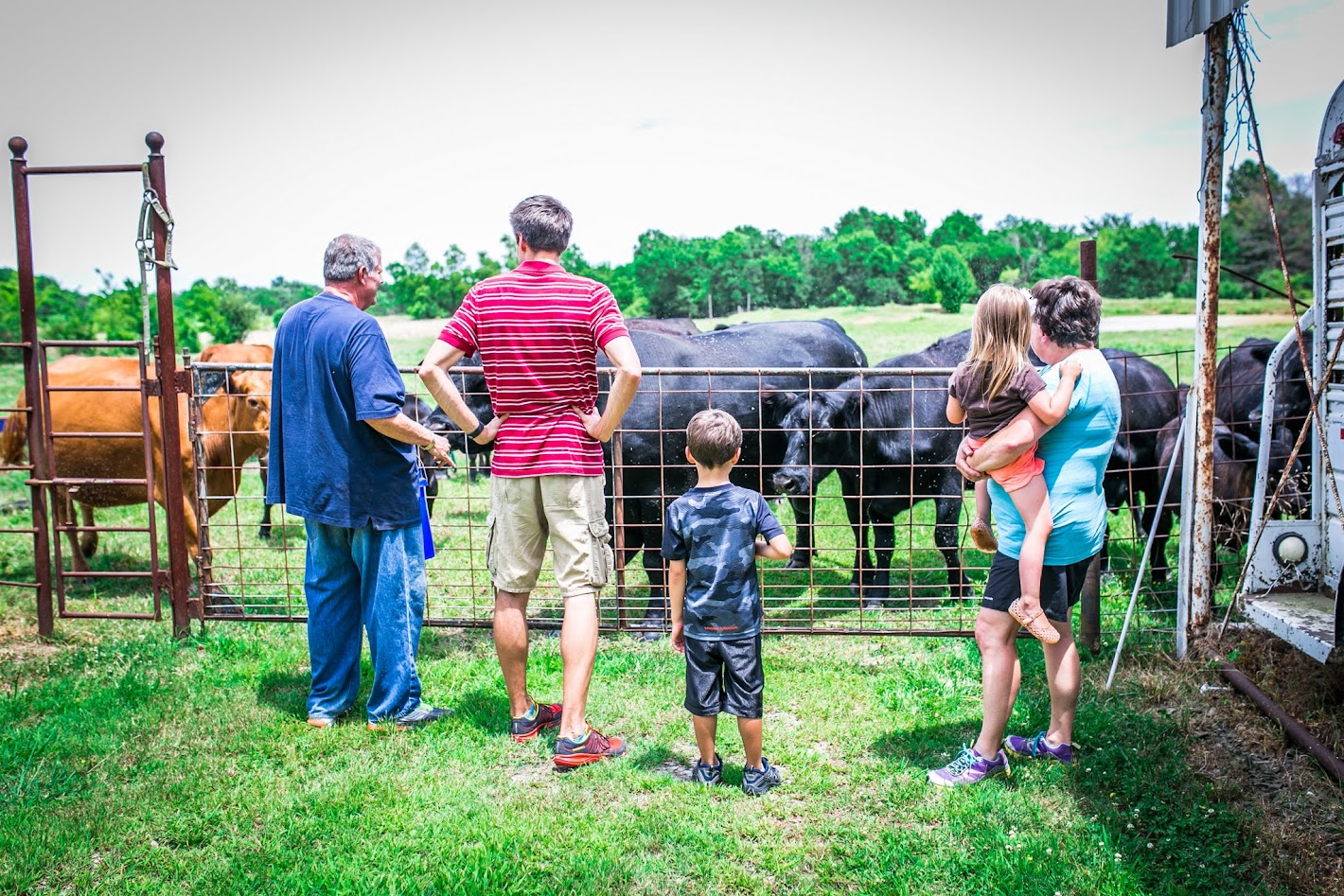 We had so much fun on our little 24 hour vacation!  We decided that we may need to take the little one day vacay on the way to Oklahoma again someday.  There is a lot to do in Dallas that we have not done yet! Plus, it breaks the drive up into two much easier drives--which is a great thing for Drew and I AND the kids!