We love Halloween in our home.  We don't celebrate the "spooky" or the "horror" part with our kiddos. I know several people who despise the holiday, the trick or treating, the treats, the "scary."  But, I think Halloween is what your family defines it as.  I believe what our kids will remember when they grow up from our Halloween celebrations is the fun we had dressing up and the fantastic fellowship we had with family and friends.

Even before Luke was born, Drew and I dressed up on Halloween.  In fact, there has not been one year since we have been together that we did not dress up in costume. When I was still working outside the home, I absolutely loved trying to plan group-themed costumes with my co-workers.  I look at the holiday as an awesome excuse as an adult to dress up in costume and pretend.  It makes me feel a little like a kid again.

It is entertaining to look back at previous year's costume choices.

Luke arrived on the scene in October 2009.  We knew it would be fun to dress him up as well!

Later, we found out little Abbey was going to join us in our adventures.  This picture below was her first "appearance", in my belly as baby bat girl.  We were super heroes in 2011.


We had a lot of fun trick or treating in the big group of cousins, and attending the annual family Halloween party the two years prior to this current one.  This year, however, we weren't able to travel, as we had already used too much of Drew's vacation to travel to Oklahoma earlier this year to spend time with mom before she passed.  I do not regret that one bit though.  That was precious time.

One of Luke's friends had a birthday party on Halloween night this year.  So, we went to their house for a little party and then did some trick or treating as a big group.  We had a great time with friends.


This year, we decided to dress up in a Super Mario Brothers theme.  Drew was Luigi, I was Mario, Luke was Wario and Abbey was Princess Peach. 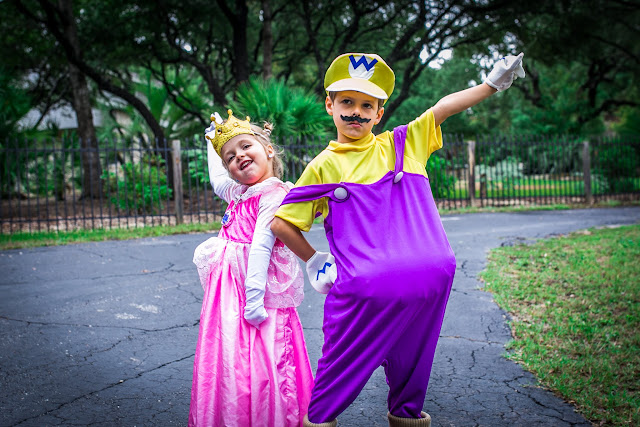 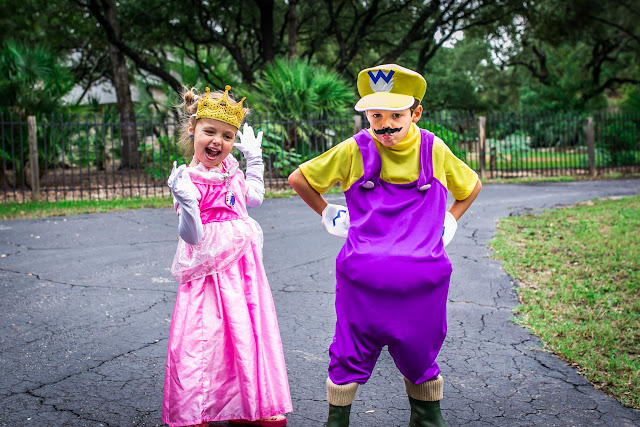 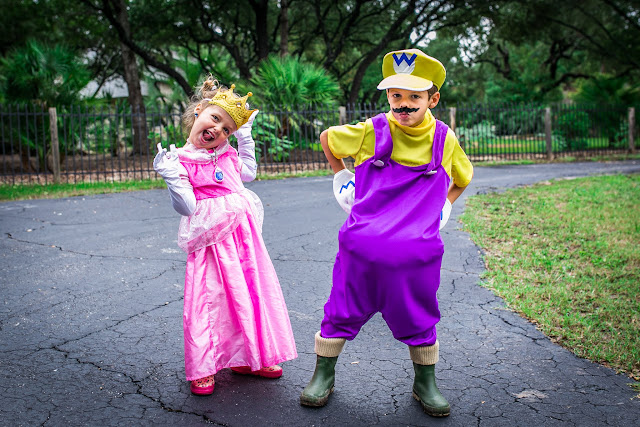 The kids got a lot of candy that night.  They both decided to sell it to the dentist's office nearby for money (they received $1/lb).  Since they made that choice, (which I believe was a wise choice--who needs that much candy?), we also contributed a few more dollars that they could use to buy whatever that want.  Abbey decided to spend her money on a "my little pony".  Luke decided to save his money.  He is saving up for something big!


I wonder what our costume choice will be next year.  No matter what it is, it will be accompanied by lots of family fun!