Baseball season is upon us.  Luke is in his second season of playing.  He started in the fall, with coach pitch.  He totally skipped all the pee-wee league stuff, like tee ball.  Instead, Luke was busy playing soccer from ages 3-6.  Luke decided in the fall though that he wanted to try out baseball.  Little did we know that most kids in the league have been playing since they were 2-3.  Last season, Luke happened to be placed on a REALLY good 8 and under team (Luke was 6 years old).  The team went undefeated during regular season and these boys were GOOD!   The coach was very serious about winning and held multiple practices during the week.  It was definitely a tad more intense than we expected it to be.  But still, Luke had a blast and learned a lot.  Apparently the Spring Season is a little different than the fall season.  This spring the league even had an opening ceremony.  It is supposed to be even more intense. 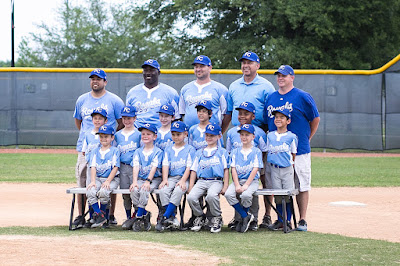 We are finding, however, (at least with our team) this season is actually more laid back and a lot of fun.  We love the team that Luke was placed on this year.  The team is younger, like Luke, and the coach absolutely LOVES baseball and coaching the boys.  You should see how excited the head coach gets at every game.  He gets fired up---in a good way!  And one of the things that I absolutely LOVE about the coaches on this team and the parents is that they are always cheering for the other team!  Yes, you read that right.  They don't just say "good job" or "good hit" to our players, but they also compliment the other team.  I love it!   That is what baseball should be about at this age.  The coach constantly asks, "are you all having fun" and encourages the players before they go up to bat by saying, "go have some fun!"  We only have one practice a week.  And often, these practices involve scrimmaging one of the other teams.  Our coaches constantly give words of encouragement to players on both teams.  It is an awesome thing of which to be a part.  So, needless to say, we are really loving baseball this season.  And gamedays are so much fun!  The coaches have never mentioned this to this young team, but they are tied for 3rd (out of 18 teams)! 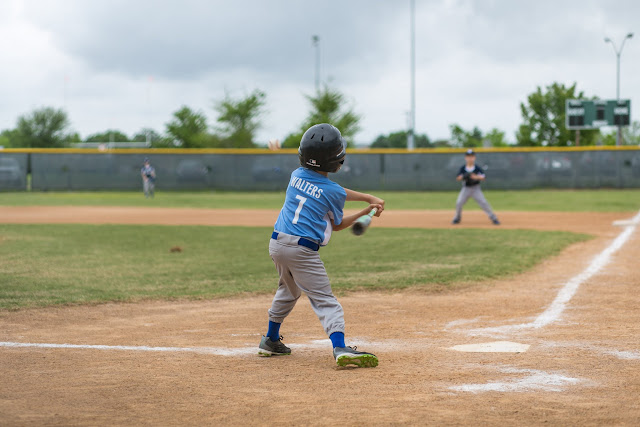 Luke is starting to understand the game now, which has really helped his playing.  The coach isn't so concerned about winning that he isn't willing to put players with less experience in key positions.  That's how they learn, right?  And it has really helped all of the players.  Luke has played outfield (all positions), and infield as catcher, 2nd base, short stop, pitcher, and 3rd base.  It has been so much fun! 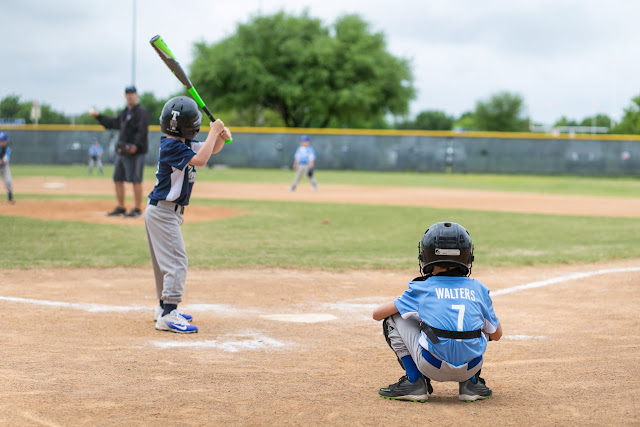 And last week, Luke had a lot of fun, as he got his first homerun.  And it was legit!  He hit it hard in the gap between short stop and second and it rolled to the fence as the outfield missed it.  I happened to get a video of it.  (You may need to turn the volume down.  I got a tad bit excited when I realized he was going to get a homerun). 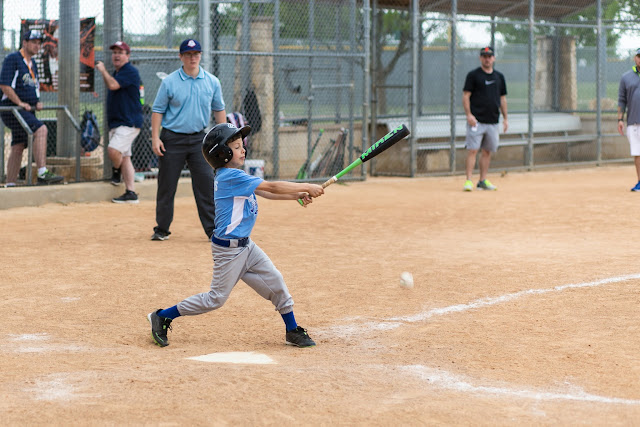 And of course at the end of each game,  the kids take a knee and the coaches leave the kids with great words of encouragement of the things they did well. 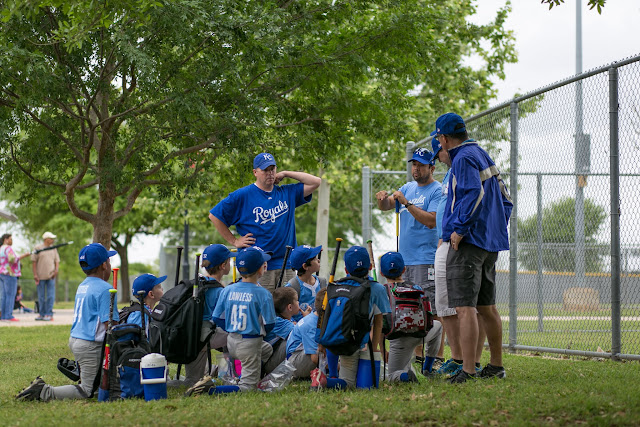 We are loving baseball season!
No comments:

Rain, Rain Go Away, So We Can Dance in the Puddles You Made!

Our kids love when it rains.  It offers different opportunities to play than other types of weather.  Everything is so green after a good rain.  Lots of critters are excited to come out and play after the rain.  And, of course, there are lots of fun puddles to jump in!   We have so many pictures we have collected over the years of the kids enjoying one of their favorite hobbies: 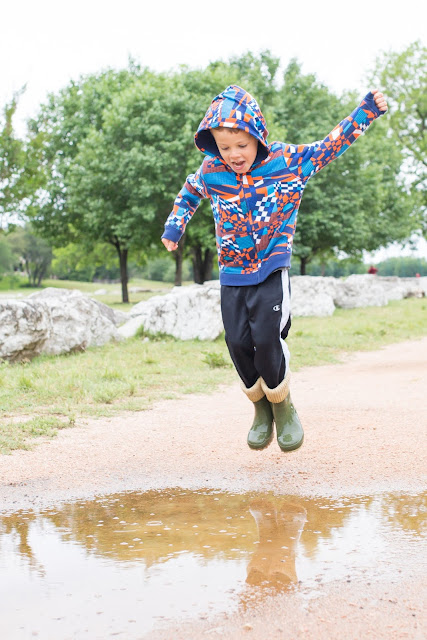 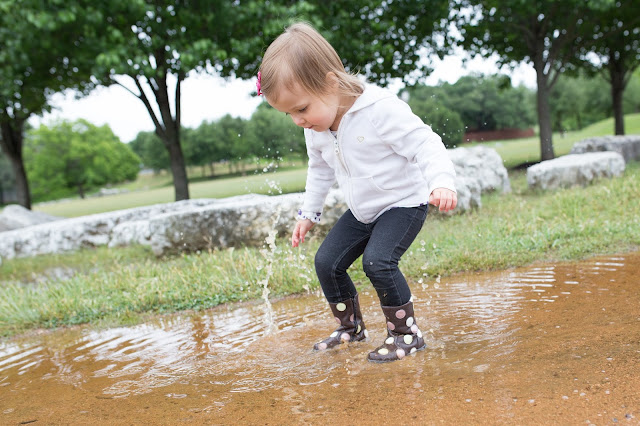 And I even got a video of Abbey playing in that puddle above--she was 2 years old and I just love her voice!: 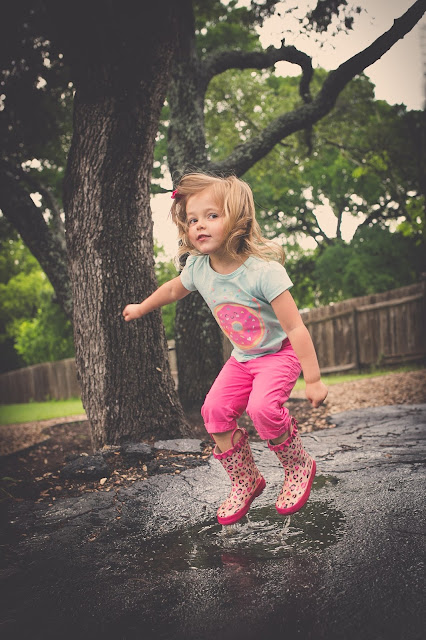 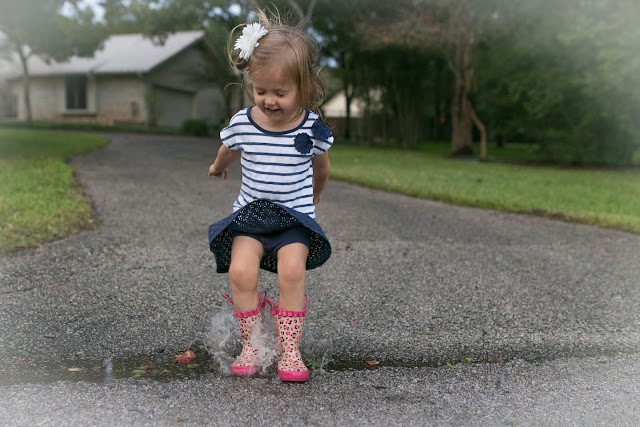 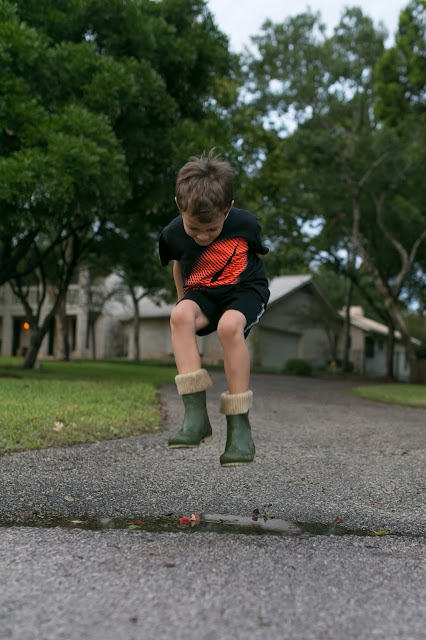 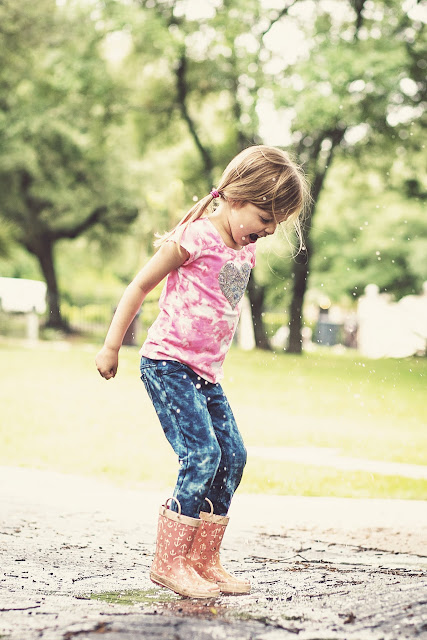 Last week, after a really good rain, we decided to head out after dinner and find some puddles to jump in.


The kids soon realized that the insides of their boots were soaked even more than the outside.  Those were some big jumps and kicks that they were making!  So, they removed their boots and then we decided to take a walk on the trail....barefoot. 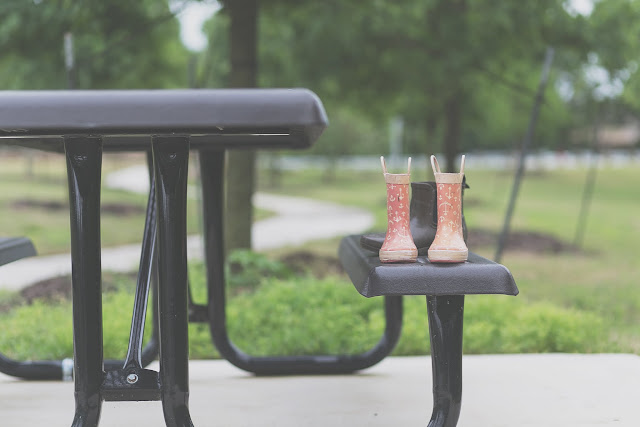 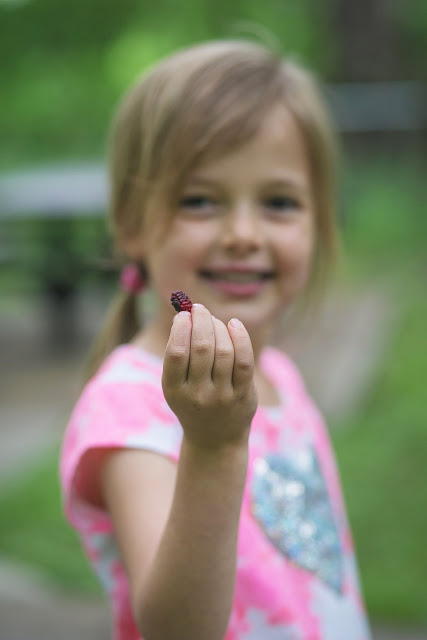 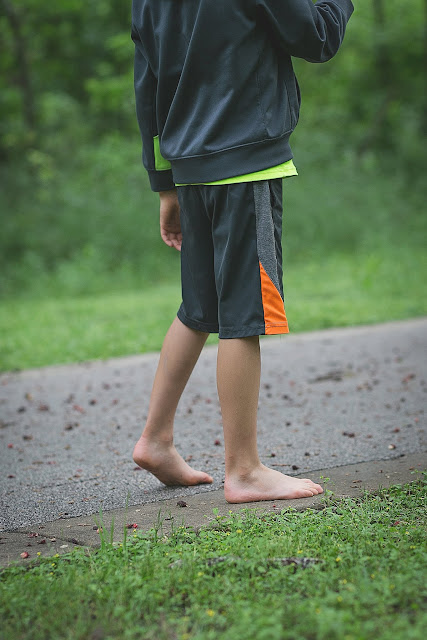 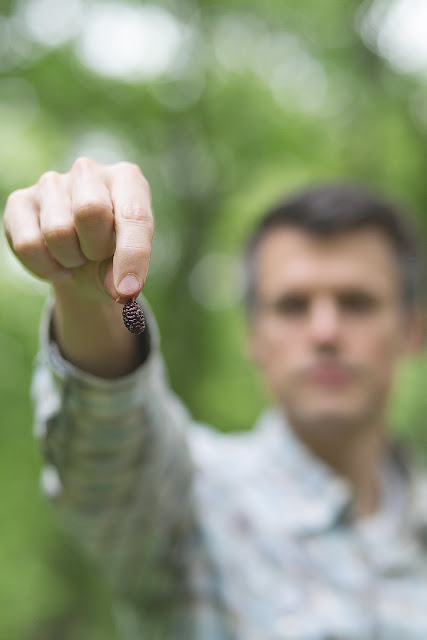 Our evenings with daddy our some of our favorites.  As are puddles!
No comments: