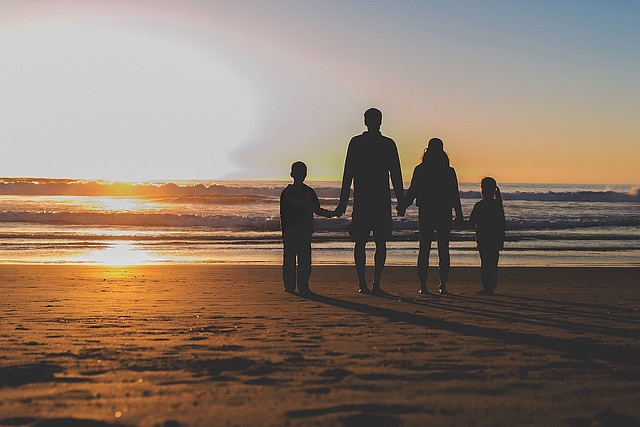 It all started with an amazing airfare deal:  Frontier Airlines was having a sale on the day after Thanksgiving and it was simply too good to pass up.  We have been wanting to visit California for a really long time, but we weren't too excited about using four of Drew's limited vacation days just to go there and back by driving.  So when we saw the amazing airfare deal, we knew we had to act quickly on it.  Y'all--the flight for all four of us on the way there was $3.92 plus taxes and fees!!  Granted, the taxes and fees made the grand total on the flight to Phoenix $108.80, but that was still a killer deal!  The airfare for the flight home from San Diego for all four of us was only $19.64 plus taxes and fees.  And you may be thinking, "but I bet those flight times were awful and they weren't direct."  Nope--not the case.  Both flights were just a little over 2-hour direct flights and they were at absolutely perfect times for our schedule.  So the four of us flew round trip for around $280.  Amazing deal, right?  Now you understand why we sort of "had to" go.  The trick was that the flight had to occur before 2/7/18.  So, we had a little over two months to plan an amazing Western adventure.

Drew just started his job at a new company in May of 2017. So, he hasn't accrued much vacation time yet.  But thankfully, each year on January 1 he also receives a number of floating Holidays that he can utilize.  Combined with his vacation days accrued, we knew he had plenty of time to go ahead with this awesome adventure.  Okay, enough with the boring stuff.  (But, I had to explain all that to lead into the fact that this adventure was totally planned last minute.  Now you understand why.)  Back when we booked the flights, we decided to fly from Austin to Phoenix, but fly back home from San Diego.  This meant there was going to be lots of driving in between to visit some of the destinations.  I knew that I wanted to visit Grand Canyon and Sedona, because Drew and the kids had never seen the Grand Canyon.  It is one of my favorite places in the world, with beauty that literally takes my breath away.  I have been excited to see the look on Drew's face when he sees it for the first time for quite a while.   But, we also wanted to visit some California destinations. This is why we decided to make our way over to California after visiting the Grand Canyon and eventually fly out of San Diego.  So, here we had the flights planned....for almost the entire two months....before we even began to book hotels or decide the rest of the itinerary.  It was just so difficult because we were working with a very limited about of time and wanted to see so much and cover so much ground!  Nonetheless, here is what we eventually landed on (just a week or two before we actually departed on our flight).

Wednesday evening (1/31):  Flight departs Austin at 7:45pm and Arrives in Phoenix at 9:20pm (10:20pm Austin time).  Drive from Phoenix to Sedona to stay in Hotel.  (We left after Drew got off of work so that it was one less vacation day he had to use.)

Thursday, Feb 1:  - Hike in Sedona in the morning  - Head to Grand Canyon and hike there all afternoon   - Stay in Williams, AZ. Friday, Feb 2:  - Drive to Joshua Tree National Park and hike there for most of the day  - Drive to Anaheim and stay there.Saturday, Feb 3: - Disneyland California AdventureSunday, Feb 4:  - Disneyland during the day..  - Drive to Laguna Beach at night to stay at hotel thereMonday, Feb 5:  - Spend a lot of time at Laguna Beach, then on to San Diego to explore and stay the night
- Old Town San Diego, Mission Beach, Belmont Park  Tuesday, Feb 6:  - Explore San Diego, Balboa Park, Downtown, USS Midway, Seaport Village
Flight departs at Depart: 01:15PM (which was 3:15pm Austin Time)

Honestly, the thought of all this driving around and trying to see so much in so little time made my head hurt.  It was a lot of planning.  I had everything planned out from when we would leave, to which specific meal we would eat and where we would eat it.  But, I am so glad I did all that, because the trip was absolutely amazing, and not stressful at all.  It was about a thousand times better than I had it pictured going in my head.  The kids were amazing and didn't whine or complain even once.  They were such great travel companions!  Having this crazy, yet successful last minute adventure makes me excited to plan the next one. 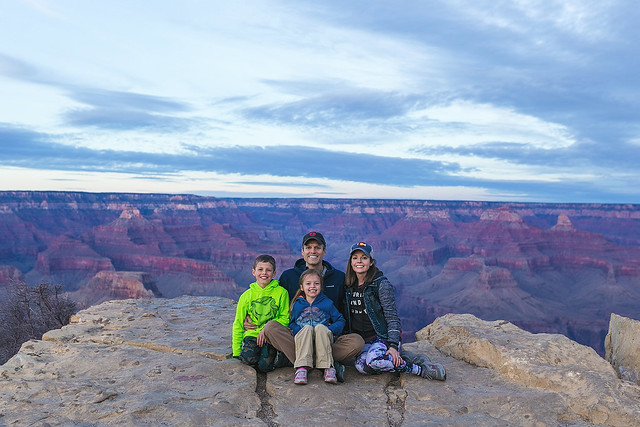 But before we do that, I thought I would document our wonderful time on our great Western Adventure here so I can remember every detail of it.  Otherwise, I know those details will go away soon! I thought it would be a good idea to cover a day or two in each blog post. Stay tuned for part one:  Arizona!